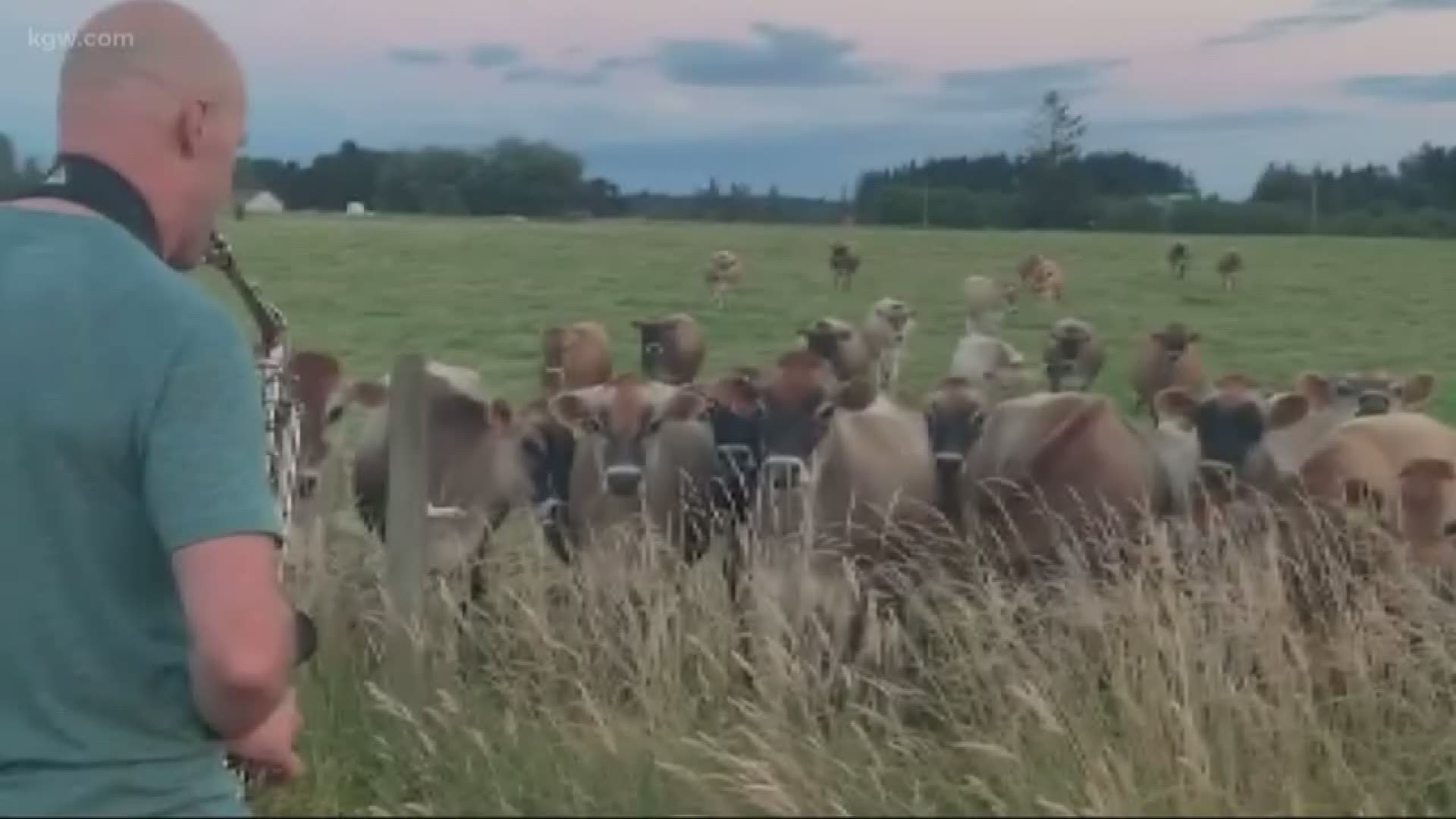 A video of a Yamhill County man playing the saxophone for a herd of cattle has gone viral.

Rick Herrmann works in the tech world during the day and coaches fitness and nutrition at night.

“I really like helping people just feel good about themselves,” said Herrmann.

He says has been feeling pretty good about himself since taking up the saxophone about seven months ago.

“I was saying to myself someday I want to learn the saxophone, but when is someday,” he said. “I bought one and started playing.”

Herrmann has played for his family and his dog, but nobody else. That changed after a chat with his wife earlier in the week.

“I was telling her I saw this video of people playing with animals and I wonder if it’ll work,” he said. “She said let’s do it.”

On Tuesday evening, Herrmann, along with his wife and daughter went to a field where cows were grazing. Herrmann started playing and over the course of a few minutes, the herd of cattle took notice.

“I thought they might be curious,” said Herrmann. “I guess I didn’t expect them to crowd the fence so much.”

Herrmann's daughter captured a video of the performance and posted it to social media.

"My parents are such goofs they drove out to the backroads so my dad could play the cows the songs he’s been learning on the saxophone," she says in the first tweet.

"Listen for the neighbor at the end," she writes in the second tweet. ('Tequila'!)

Since its posting, more than 10 million people have watched the video.

“Happy a lot of people are smiling out there,” said Herrmann. “I guess people needed it so that’s great.”