Friends say she was a pillar in the Mount Scott-Arleta neighborhood for years. 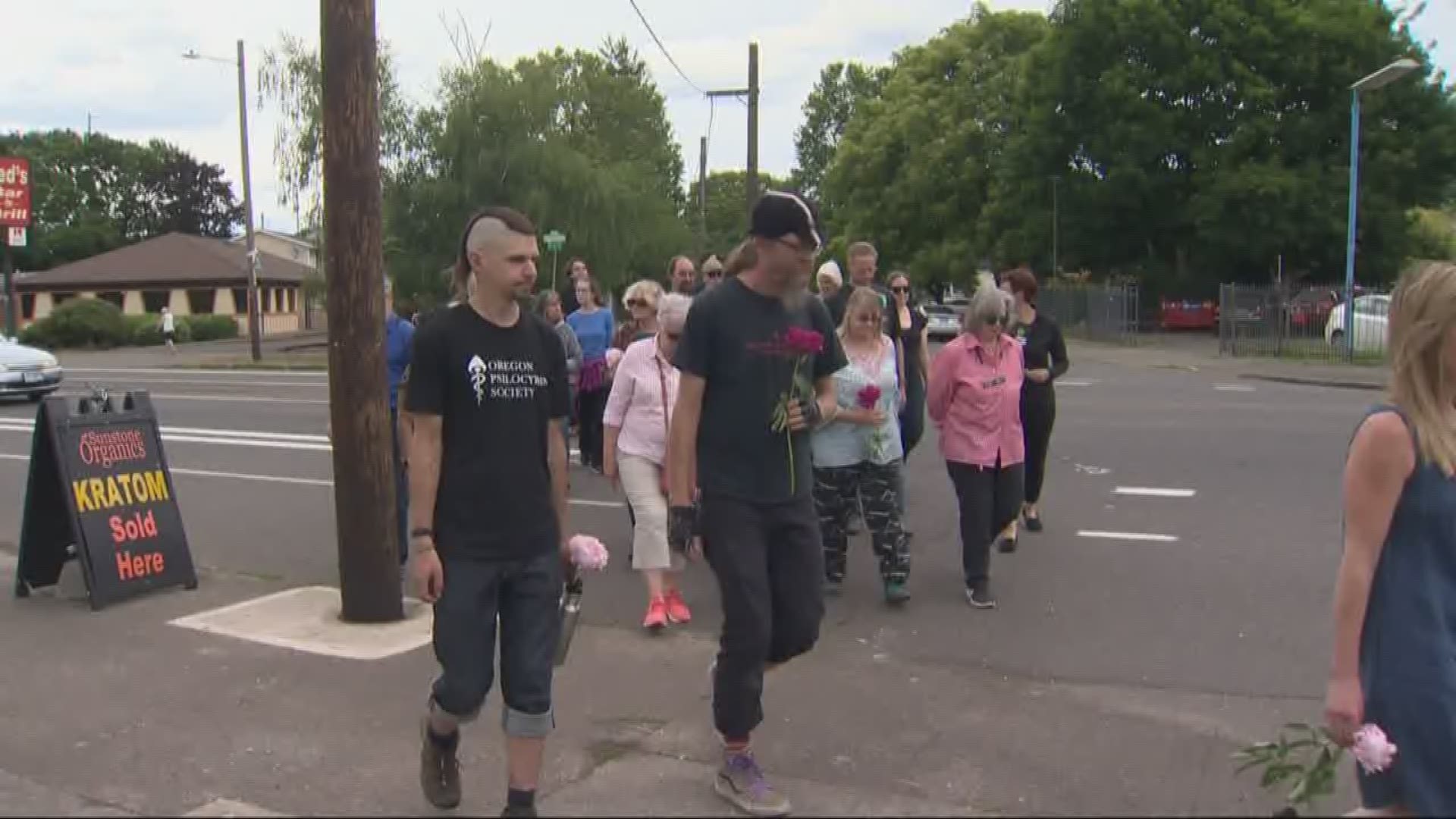 PORTLAND, Ore. — Community members gathered in Southeast Portland to remember an 82-year-old woman who was hit and killed by a car on June 14. They're also pushing the city to do even more to protect pedestrians.

The group held a moment of silence and walked across Southeast Foster Road in memory of Lounna Battams.

Battams was crossing at an "unmarked crosswalk" at the corner of Southeast Foster Road and 71st Avenue when she was hit by a car, according to Portland police. Battams died from her injuries.

The driver cooperated with investigators and was not charged.

RELATED: Woman, 82, dies after being struck by driver in SE Portland

Friends say she was a pillar in the Mount Scott-Arleta neighborhood for years.

“She was so kind and thoughtful always there when you needed someone to show up kind generous and giving,” Sarah Iannarone, a neighbor said. “Really sad to lose her.”

The neighborhood association said it wants to see lower speed limits on Foster, in the area and protected bike lanes.

According to PBOT, 28 people have died in crashes on Portland’s streets so far this year compared to 34 people in all of last year.