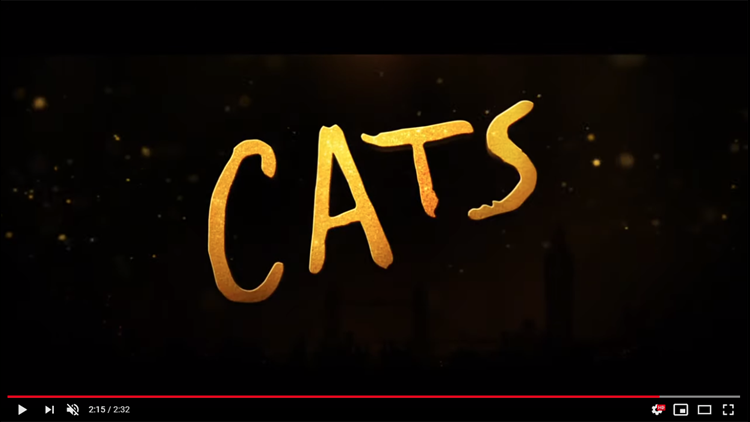 That new 'CATS' the live-action musical trailer broke the internet

The new "CATS" trailer shows the internet that the world learned nothing from the vocal internet uprising that occurred after the ill-fated "Sonic The Hedgehog" trailer.

With that being said, terrifying human faces juxtaposed over cat-ish shaped heads are here to ruin your childhood in the new "CATS" trailer.

Even with a star-studded cast, including Jason Derulo popping his head through a cat door in a manner that is nightmare-inducing, this movie still looks like an animal shelter fever dream.

The onstage magic of seeing actors come together in choreographed dances will live only in your memories (all alone in the moonlight) because it appears there is a good amount of fantasy injected into the onscreen adaptation. It's not clear if that's why this feels wrong, or the cat bodies or something altogether different.

Destiny Johnson is a digital investigative reporter who also reports on "nerd news." You can follow that on her twitter @hello_destiny or on her YouTube channel KGW Comic Pick of the Week.