Erica Kuneki has missed so much school this year while battling cancer that it's been tough for her to find a date for prom. So she's hoping the Seahawks star can make her dream come true. 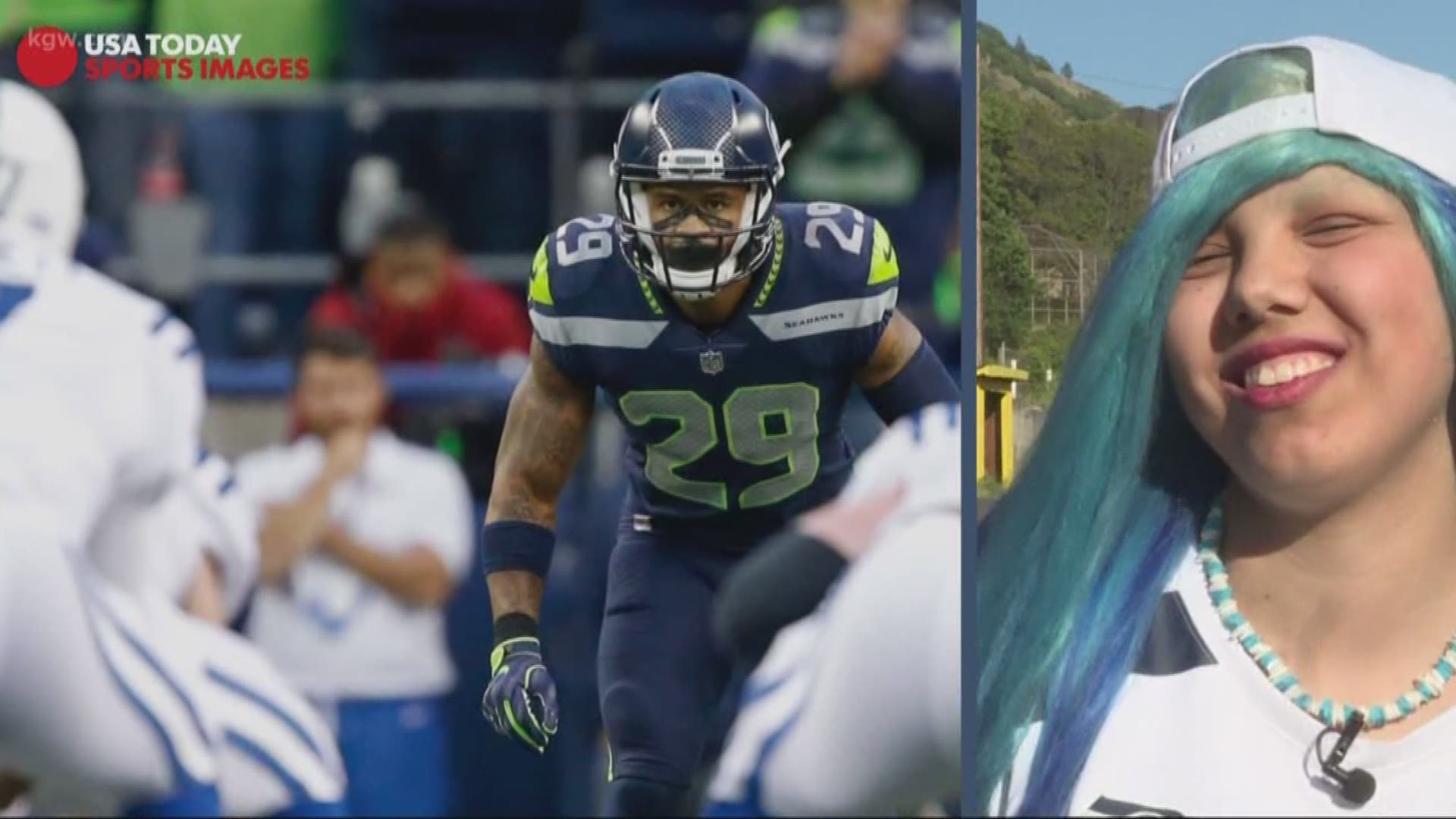 According to Erica's family, the Seahawks said they couldn't send a player to go to prom with Erica but offered her tickets to a game and plan to give her some official Seahawks gear.

BINGEN, Wash. -- An 18-year-old in the small town of Bingen, Washington is hoping her big dream comes true.

She wants to ask a special Seahawks player to go to the prom with her, and it’s obvious she’s a big fan.

From her hair down to her clothes, you can see her love for the Hawks runs deep.

She attends Columbia High School in White Salmon and she is getting ready to graduate. But she still needs a date for prom. The problem is she’s missed so much school this year and it's been tough to find someone to go with.

Just looking at Erica, you probably couldn't tell that she is recovering from cancer.

“It's been very hard to watch her go through this,” said Erica’s mom, Elsa Spencer.

Spencer said it all started in November when Erica began limping from pain in her leg. She said it didn’t take long to find out it was Osteosarcoma, a type of bone cancer.

“We caught it in time. That's the good thing,” Spencer said.

She said Erica had to have her knee replaced along with a bone in her leg to make sure the cancer didn’t spread. Now, she's still going through chemotherapy.

“She gets nauseous, tired, weak, and her immune system is really down,” said Spencer.

While she still has rough days, Erica often keeps a positive attitude.

“It really hurts but you have to push forward,” she said.

That kind of positive attitude is what she says she admires in Seahawks safety Earl Thomas.

"Keep going with your defense. Don't give up,” she said when asked what she’d say to Thomas.

Oh, but there’s one more thing.

“I'm really shy and nervous,” she confessed as she laughed.

“She picked you, Earl Thomas, to go to prom with,” said Spencer.

Erica has a special message for Thomas:

“Would you go to prom with me?”

Erica said the other person she would love to go to prom with is a rapper named Lil Pump.

She's been thinking about ways to get in contact with the two and she has been on social media trying to see if either Thomas or Lil Pump will respond to her.

Her family said just about any response from either person would make her smile.

KGW reached out to the Seahawks. We have not yet received a response.