Sunrise Rewind: How Martin Luther King Jr. Boulevard in Portland came to be

In 1987, a group of community members organized to rename a street in Dr. King's name. But it was no easy task. 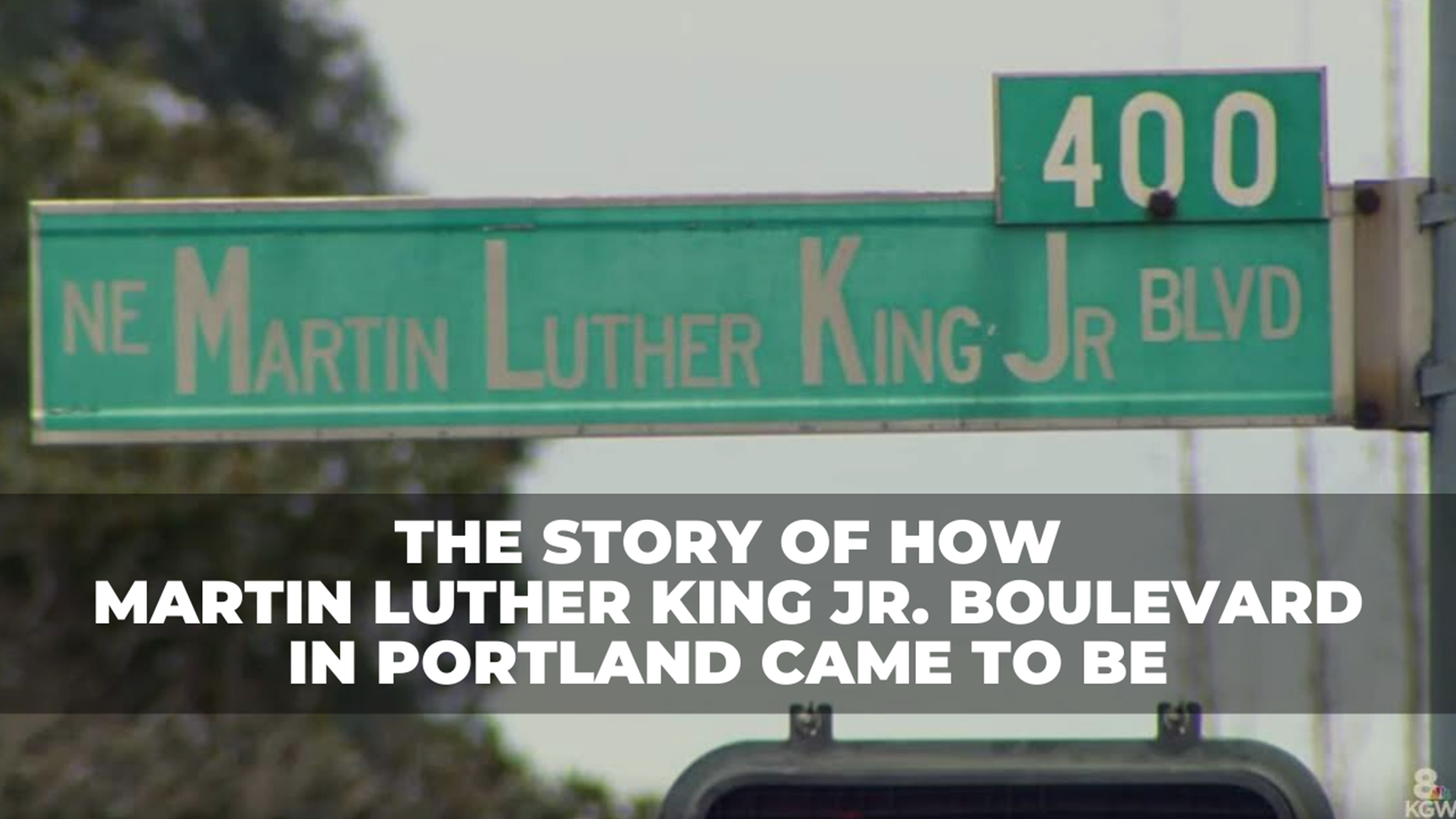 PORTLAND, Ore. — On the third Monday in January every year, we recognize the birthday of Dr. Martin Luther King Jr. His fight for racial equality and social justice changed the world as we know it.

Dr. King's legacy lives on through memorials, museums, and movies, but perhaps most commonly through the streets that bear his name. There are nearly 1,000 of them across the world.

Portland is no exception. In 1987, a group of community members organized to rename a street in Dr. King's name. But it was no easy task. Here's the story of how Union Avenue became Martin Luther King Jr. Boulevard.

The movement to change the name was led by Bernie Foster, firebrand editor of The Skanner, a newspapaper serving Portland's African-American community.

The campaign first took on a life with a signature-gathering effort that garnered about 4,000 names.

Much of the research was directed by Sarah Long, then head of the Multnomah County Library. Key African-American community leaders included the Rev. John Jackson. Activist and businessman Neil Kelly, with ties to local, state and national political leadership, also was a member.

The group was charged with coming up with three streets that could possibly be changed. Nominees had to have visibility to a wide range of people, a relationship to a significant site, freeway or landmark and have an economic impact if so named.

From that list, what emerged as a final recommendation was, in this order, Union Avenue, Front Street and Fifth Avenue.

The effort was supported by then City Commissioner Earl Blumenauer, who headed the city's transportation bureau, and by Mayor Bud Clark, who Blumenauer said got little public credit for insider efforts to get a name change.

On April 20, 1989, the Portland City Council approved an ordinance changing the name.

The pushback to the name change was swift and significant.

A group of opponents, Citizens for Union Avenue, embarked on a campaign to put the issue up for a vote. The Oregon Supreme Court eventually ruled that the city commission vote was an administrative decision, not a legislative one, and not subject to change through an initiative.

The effort to halt the change was led in part by Rosalie Huss, who along with her husband Walter Huss and other far-right conservatives, took over in the late 1970s what had been a moderate Oregon Republican Party.