On a rainy race day for Portlandathon, a passing train caused delays for some runners. But the runners were still positive about the race. 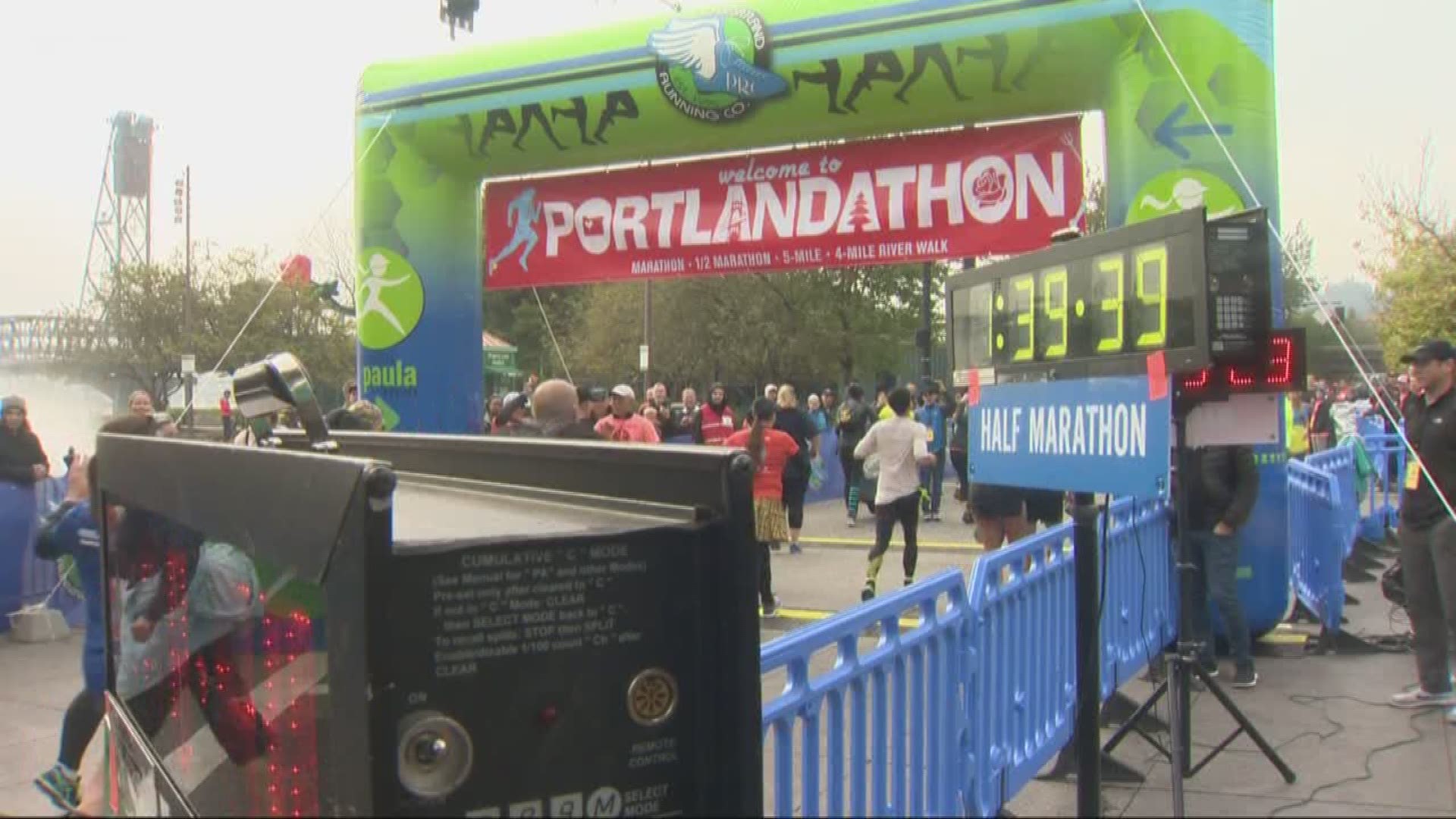 PORTLAND, Ore. — Roughly 3,500 runners registered to run in the Portlandathon. Laura Lewis was one of them. She ran the marathon.

“It was awesome. It was a great run,” said Lewis.

It replaces the Portland Marathon after an Oregon Department of Justice investigation into its former race director, Les Smith, found he was illegally loaning himself and his companies money from race coffers.

After that, a lot of people weren't sure if the race was even happening.

“I was really sad because it was just a major loss for the city in general,” Kim Strand said. She ran the five-mile race.

“I signed up for a different marathon actually, and ran it a couple weeks ago and then when this came back on board I signed up for this too,” said Isaac Cordona, a marathon runner.

But then, Run with Paula Events got the greenlight from the city to take over.

“It's been a whirlwind but it has been really fun and I've had tons of support and tons of help. There are 700 volunteers out today,” said Paula Harkin, Race Director for Portlandathon.

On race day, there was one hiccup though that involved a passing train.

“So we got stopped for about two minutes or so. We kind of tried to run around and some people were hopping the train, which I would not recommend,” Lewis said.

“It's like my worst nightmare actually. It's probably the worst thing that could happen for these folks that are out here trying so hard to qualify for Boston and they're stopped,” Harkin said.

Cordona said a couple years ago he got stuck behind a train too.

“Finished like five minutes slower than I would have,” he said.

Despite the train trouble, Lewis was the first female marathon runner to cross the finish line.

“It was just kind of a mess but it's Portland. It's raining. It's part of the atmosphere. You just got to roll with it,” Lewis said.

While some attendees said they noticed fewer marathon runners and fewer spectators on the course, they said they still had fun.

Tomonory Sakamoto, a marathoner from Japan who finished first for men, said this is his first time running in the United States and he's definitely coming back.

“I'm just happy to have finished and had a good race,” Lewis said with a smile.