Cup of Joe: The Running Man

How did you spend your summer? Probably not like this. 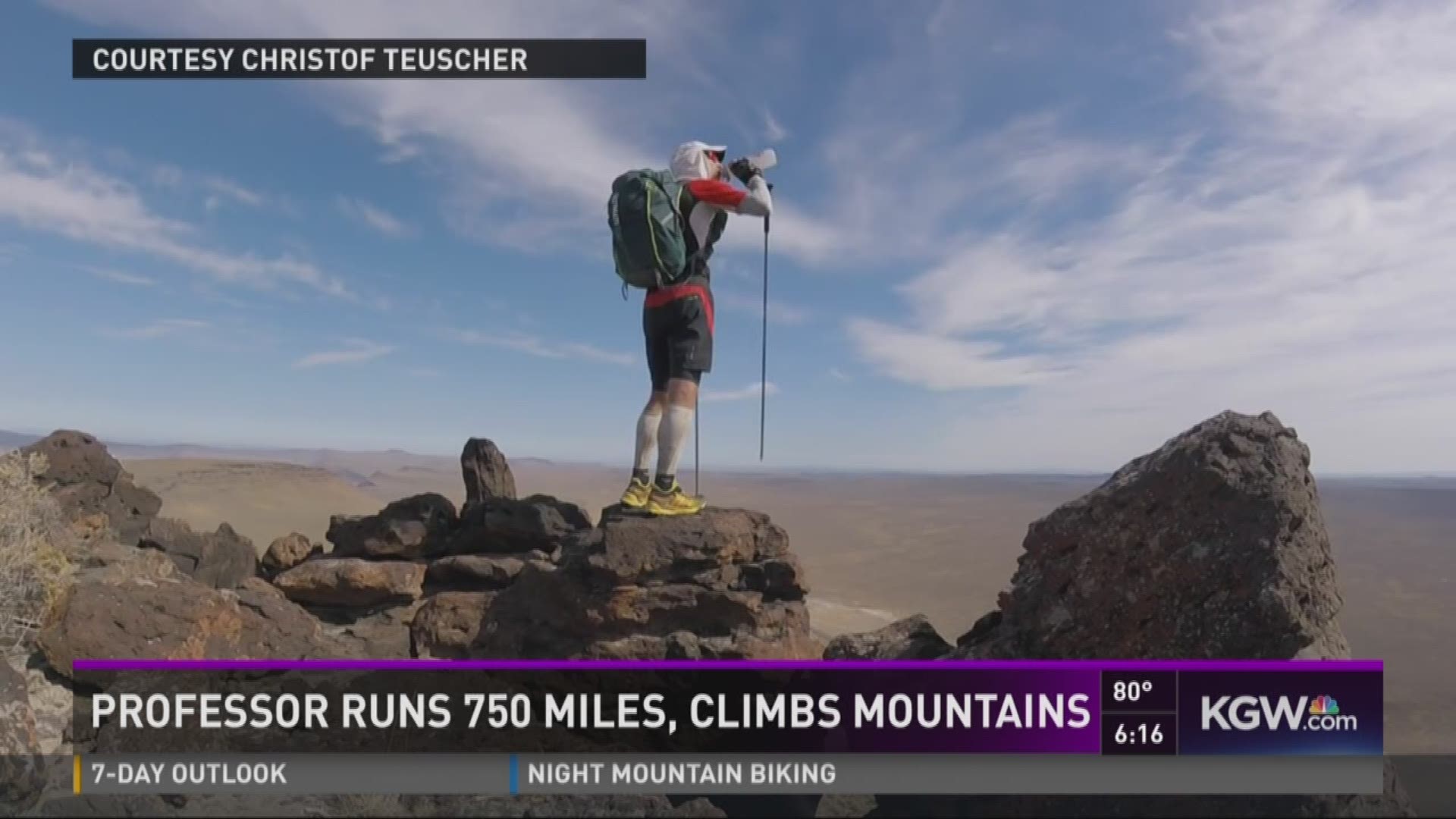 PORTLAND, Ore. -- How did you spend your summer? Probably not like this.

Christof is an ultra-marathon runner who likes to push the physical boundaries of his body in his spare time. He’s also almost always among the smartest men in the room, so when he decides to do something that you or I might call crazy, he applies an engineer’s precision to the task.

He first ran the entire 750-mile Oregon Desert Trail in a mere 17 days, 15 hours setting a new speed record in the process. But he wasn’t done there. Three weeks later, Teuscher set off to climb Oregon’s five highest peaks. Back-to-back-to-back-to-back-to-back. He did it in 67 hours total by running between the mountains.

To accomplish this incredible journey, Teuscher planned meticulously for months leading up to his adventure. Before the run, he and his wife buried 40 caches of vital supplies along his route. He marked them on GPS and red flags so that he could find the supplies during his run. It was the only way to accomplish the gargantuan task unsupported in the Oregon wilderness.

Teuscher says that his extreme feats of endurance parallel his work in the fields of electrical and computer engineering at PSU. He says that he and his students at the Teuscher Lab are pushing the limits of what computers can do and that their work is pushing into a ‘no man's land’ when it comes to technology.

He feels he’s doing the same thing when he runs, pushing his own physical limits, in a sort of real life experiment.

Here’s something else that might make your jaw hit the floor. Teuscher didn’t start running until three years ago at the age of 44.

The native of Switzerland grew up loving the outdoors, but his passion for running never truly took flight until he arrived in Portland.

You may see him yourself on the trails. He runs a 7-mile loop from his office at Portland State to Council Crest nearly every weekday.