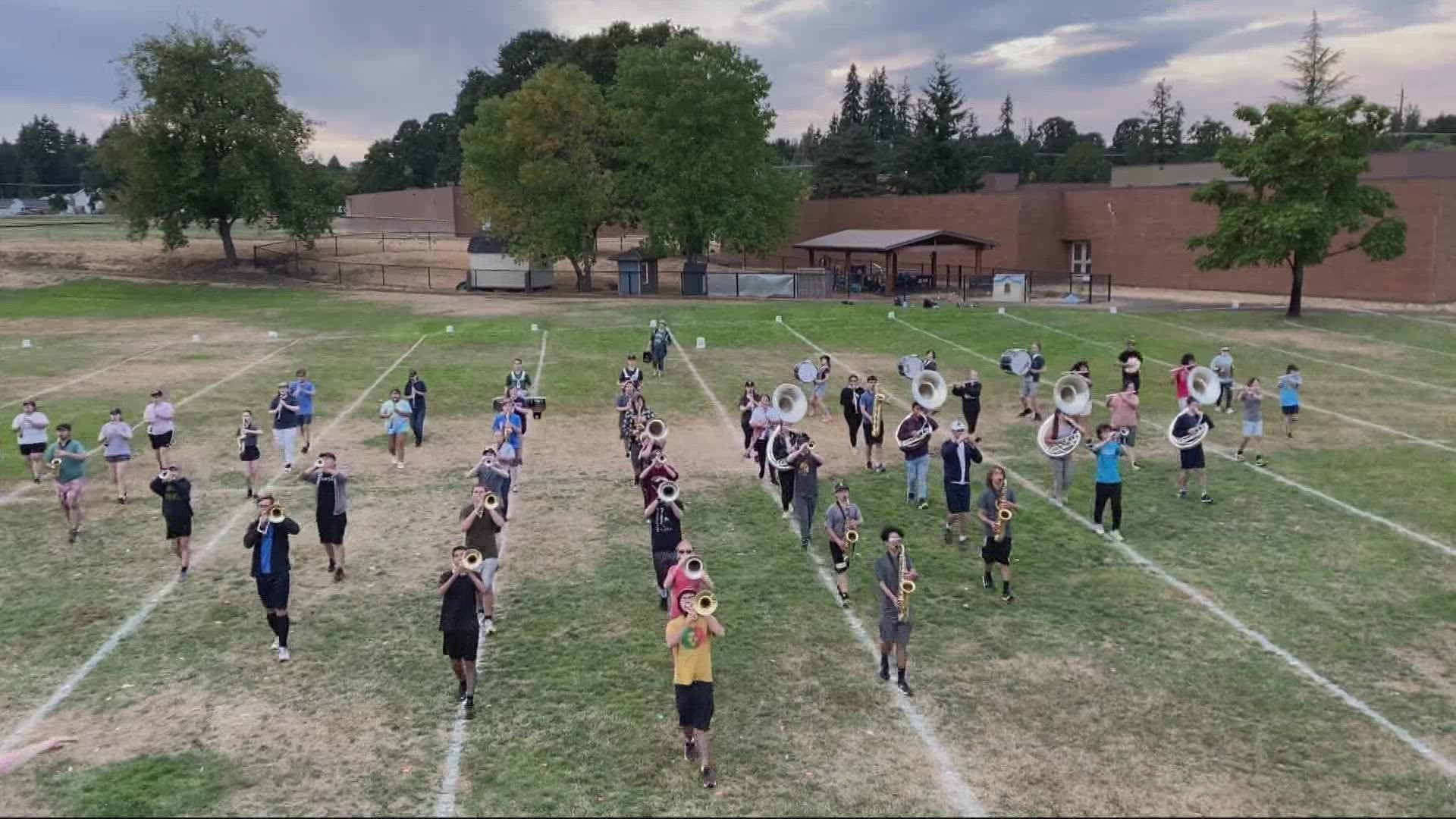 ST. HELENS, Ore. — When the St. Helens High School marching band and color guard take the field, they give it their all. They put in hours of practice to shine during competitions, and on those special days, they depend on their gear including their St. Helens Band Patrons trailer. It holds all their camping equipment including tents to change in and supplies to cook with. On July 13, someone stole the trailer and everything in it from the high school parking lot.

“Nope,” said Freshner. “It was gone. They just straight up took it.”

Luckily, no musical instruments were inside, but to replace the trailer and its contents will cost $10,000.

“It was a real bummer for these kids,” said Freshner. “We've really had to bust our butt to try to replace it.”

It all struck a chord with community members, and not just in St. Helens. Freshner said even rival bands from Tigard and Sherwood High Schools made donations. A can and bottle drive amassed four trailer loads of recyclables, along with cash donations. Former band parents and alumni brought them out from all over the region.

“It was heartwarming,” said Freshner. “I got to hear some stories and meet some people who were in the band in the 1950's.”

A GoFundMe for the band has also raised more than $4,700. Altogether, the band has raised around $11,000 — enough to cover the trailer.

“We thank everybody in the community who has stepped up,” said Freshner. “We just feel really loved right now.”