Sterling K. Brown is one of the brightest stars in Hollywood. He was recently awarded the Golden Globe for Best Actor in a Drama Series, a first for an African American. 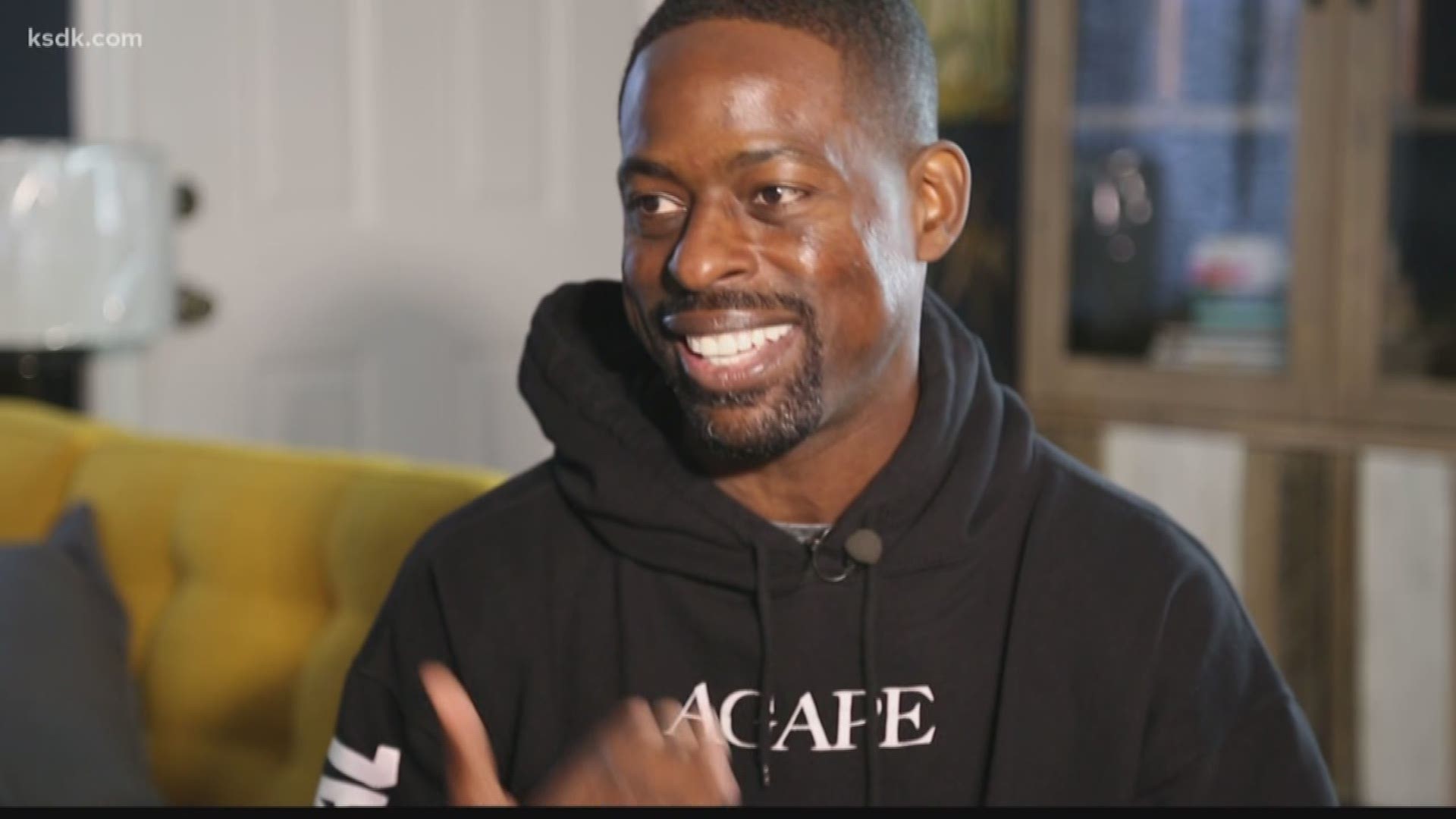 ST. LOUIS — Sunday’s episode of “This Is Us” answered several questions for fans of the hit show. It’s one of those shows people just cannot seem to get enough of, especially when it involves St. Louis native Sterling K. Brown.

Uncle to 5 On Your Side’s Anthony Slaughter, Brown and his nephew recently caught up in Beverly Hills, Calif. to give exclusive scoop to 5 On Your Side. Starting with a playdate with their children, the relatives then headed to Brown’s home office for a heart-to-heart about all the statues Brown has taken a liking to recently.

Brown, one of the brightest stars in Hollywood, was recently awarded the Golden Globe for Best Actor in a Drama Series for his role as Randall Pearson on “This Is Us.” The award was a first for an African-American actor.

“First African-American male to win this in 75 years in the history of the [Golden] Globes,” said Brown. “So, it’s special. It’s really, really cool.”

Brown said the recognition seems to still be sinking in.

“So, when they actually said my name, I was all like, ‘Shccky, ducky, quack, quack’” joked Brown. “Like, it actually went down, you know what I’m saying?”

He delivered an unforgettable speech, one that was mostly off the cuff.

“I didn’t write anything for the Golden Globes, I knew I wanted to thank my wife first because I had a little bit of PTSD once I got up there,” said Brown. “I thought they were going to cut me off at any second.”

As an African-American man, Brown said the beginning of his time on “This Is Us” was immediately met with understanding the importance of writing with accuracy.

“The interesting part of it is… that this Jewish man, Dan Fogelman, had the fortitude to say, ‘No, we’re going to write this black character and if there’s something I don’t know, I’m going to get some black writers in my writer’s room so that I can fully develop this character in the most authentic way possible,” said Brown. “So, to have that freedom, to be able to inject all of me into something has been a dream of mine.”

The dream, in fact, has been one that was traced back to his childhood love for movies.

“I would ask, ‘Can I get some popcorn? Can I get to the aisle to get across to go to the bathroom?’ and [Brown] would be like, ‘Shh,’” said Slaughter. “What was that?”

“I am a fairly jovial individual, but I take my cinema quite seriously,” joked Sterling. “I’m spending my money to go to these flicks Jack… if people [are] making me miss what’s happening, I’m not a happy camper.”

One thing that does make him happy however is his role on “This Is Us.”

“I had no idea that they were doing flashbacks and stuff… that you were kids,” said Slaughter.

“You didn’t understand from the pilot? Aww, you were sleeping. Grandmother called me and said the same thing: ‘Oh, you their children?’ I’m like, ‘Momma, you can’t be folding clothes while you’re watching my show now,’” said Sterling.

Jokes aside, Brown admitted playing Randall Pearson has been the opportunity of a lifetime.