The Georgia Tech football alum returned from a bout with leukemia and earned the recognition at ESPN's awards show. 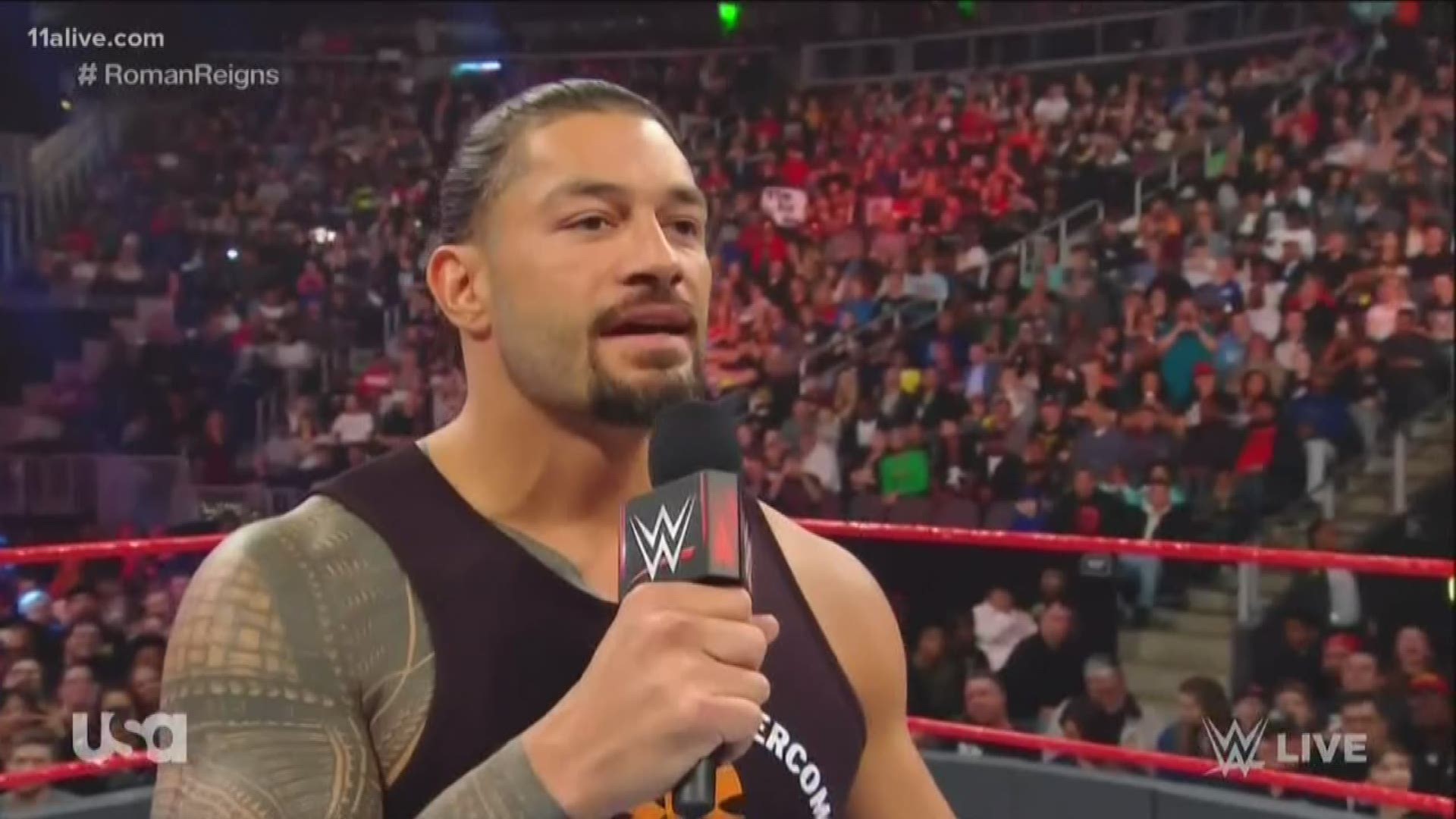 ATLANTA — However you feel about ESPN's annual awards show, no one deserved this one more.

Roman Reigns took home the ESPY for "Best WWE Moment" after his return to wrestling after a second bout with leukemia.

Reigns played football at Georgia Tech before winning over countless fans in the ring as a wrestler.

He originally learned of the diagnosis at age 22. After seemingly defeating the illness, it returned in October of 2018.

Reigns not only came back from leukemia again, he returned to wrestling in February of this year.