Bud Lewis has spent nearly 80 years of his life serving others. Why stop now? He's celebrating his 100th birthday by raising money for the Sunshine Division. 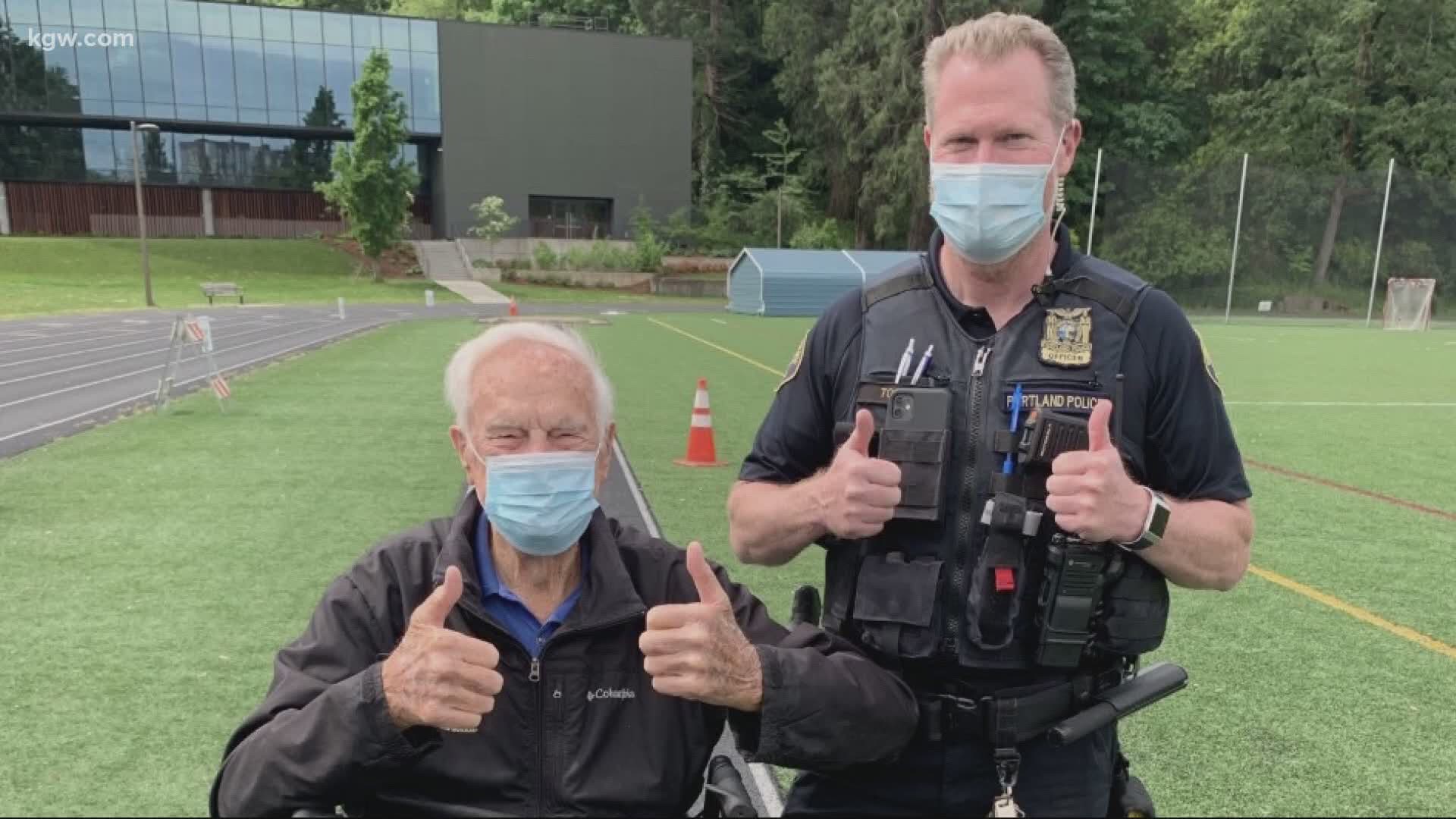 PORTLAND, Ore. — A Portland man is celebrating his 100th birthday by raising money for the Sunshine Division, a nonprofit that provides food and clothing to people in need. Bud Lewis pledged to walk 100 laps around a track—at least one every day— by his birthday, August 8.

“You can call me an antique!” Lewis joked. He is the oldest living retiree of the Portland Police Bureau.

Lewis began working for the bureau in 1945 after serving in the South Pacific with the 41st Infantry during World War II. He spent the last 10 years of his police career as the Sunshine Division's captain. He’s volunteered with them ever since.

“I am so elated and proud to be a part of it,” said Lewis. “You feel good about it because you're helping thousands of people who need help. Lots of it.”

For the last 60 years, Lewis has helped pack holiday food boxes for the Sunshine Division.

“The best word I can use to describe him is ‘Inspiring,’” said Kyle Camberg, Executive Director of the Sunshine Division.

In April, Camberg said the Sunshine Division served six-times the number of people it served during the same month, last year. That’s over 1,000 households a week. He said at the same time, because of COVID-19 they've had to cancel food drives and suspend volunteerism.

“Everything we do is harder and everything we're doing to help the community is more and more right now,” said Camberg. “So having people like Bud and others step up right now is so critical to our ability to respond.”

Lewis’ longtime friend Larry Brown pledged $50 for every lap Lewis walks, up to 100 laps. For Brown, it's personal. When he was little, his family needed help during tough times.

“We were dirt poor,” said Brown. “The Sunshine Division brought food and clothing to our house and I don't know what I would have done without it.”

Lewis has inspired others to start their own fundraisers, much in the same way another centenarian inspired Lewis. Captain Tom Moore, a World War II veteran from Great Britain wanted to raise 1,000 pounds for COVID-19 relief. He pledged to walk 100 laps around his garden for his 100th birthday. The world noticed and helped him raise $61.8 million.

“So we have [Moore] to thank for thinking of this,” said Lewis’ daughter, Diane Lewis. “We hope, hope, hope we can raise a lot of money for the Sunshine Division!"

Diane Lewis said she’s very proud of her father, a man she believes has always walked the walk.

“He’s had a lot of accolades in his life,” said Diane, “And he’s deserved them.”