A new kind of recycling service has popped up in Southwest Portland. 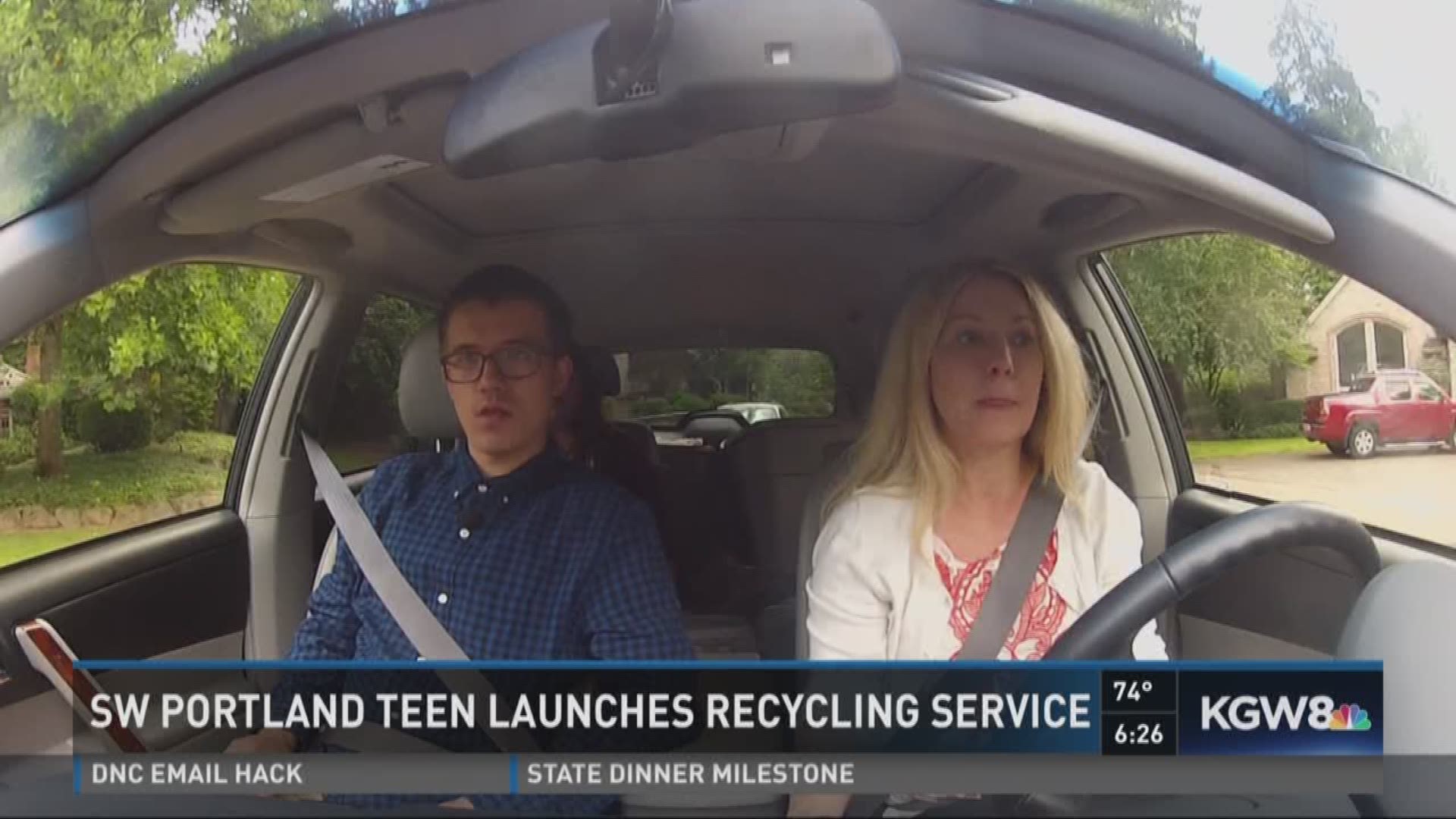 PORTLAND, Ore. -- A new kind of recycling service popped up in Southwest Portland.

James Harris is an 18-year-old who loves recycling, and wants to do his part to protect our environment.

So he, with the help of his mom Kathi Goldman, started a service that allows customers to recycle things the city doesn't allow you to recycle curbside, such as plastic bags, batteries and electronics.

Every Monday, Tuesday and Thursday morning, you'll find James along the streets of the Bridlemile neighborhood, hopping in and out of his mom's SUV, collecting buckets full of all sorts of stuff.

Since he was a young kid, James has loved to recycle. So Kathi thought why not make a career out of it.

She knew her son's options were limited. That's because James has autism.

"If I wanted him to be self-sufficient, I really didn't see an opportunity for him to be able to do that with what's out there," said Kathi.

Kathi said school was a challenge for James, but when it came to recycling, he was a natural.

Since he and Kathi started James' Neighborhood Recycling Service six months ago, it has grown to 50 customers.

James' goal is to, one day, have 1,000 customers and to earn enough money to be self-sufficient.

It's a goal his mom and his neighbors have no question he'll meet.

"He's doing something I never thought he would do," said Kathi. "He's excited about it. It's growing. He's learning in so many different ways. It's great!"

He is currently looking for more customers. The service costs only $12 a month.

The only requirement is that you live in the Bridlemile area, since James' service is still a one-vehicle operation.