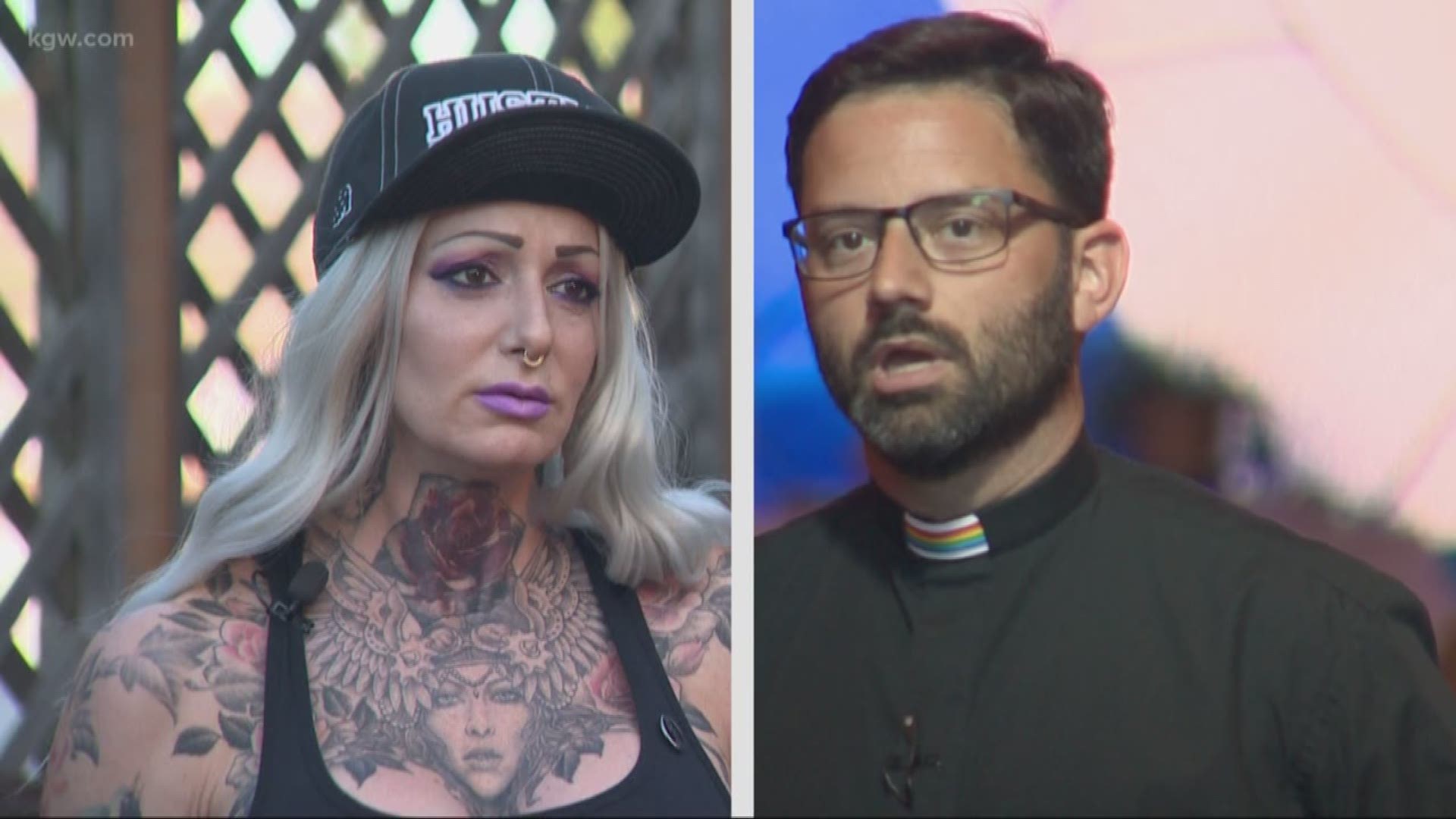 PORTLAND, Ore. — A local pastor and stripper have struck up an unlikely friendship to help children of undocumented immigrants in Mississippi.

"The biggest thing I want people to know is they're loved by God,” said Pastor Adam Ericksen of Clackamas United Church of Christ.

One that read, “Our transgender siblings have heartbeats,” caught the eye of Dawn “Blu” McCall, a stripper and self-proclaimed atheist who dances at Casa Diablo in Northwest Portland. The sign compelled Blu to send Ericksen a message via Facebook.

“I just kind of reached out to him and said, ‘Keep going, what you're doing is important, even though it's not my stuff, it's your weird,’ you know?”

“She said that her heart was breaking for these kids in Mississippi,” said Ericksen.

RELATED: Largest US immigration raids in a decade net 680 arrests

“These are human beings,” said Ericksen. “In my tradition, we would call them people created in the image of God.”

Blu, a mother of five boys, said she couldn’t stop thinking about it.

“It's too hard to talk about without me crying,” said Blu. "It's colossally awful.”

Blu told Ericksen that she and her fellow dancers wanted to organize a fundraiser.

Ericksen responded with a question.

“I said, ‘How can my church help you with this fundraiser?’”

Blu remembered her friend Lauren Seeley, a New York artist who painted an image of a little girl crying in a garden with the hashtag, #OURKIDS. Blu, Seeley and Ericksen decided to sell note cards featuring the design for $1 and t-shirts for $35 through Seeley's Etsy page.

All of the proceeds will go to Mississippi Immigrants Rights Alliance.

Ericksen and Blu also created a YouTube video in which they described their project.

“They say that God can work through anyone,” said Ericksen. “Strippers… even some Christians.”