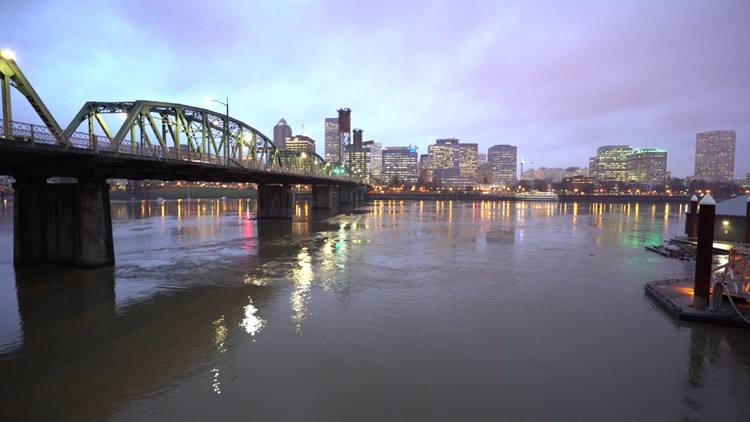 Portland slips two spots to No. 8 on list of best places to live in US

PORTLAND, Ore. — Portland is ranked in the Top 10 of U.S. News' annual list of the best places to live in the United States for the second year in a row, but dropped two spots to No. 8 after it climbed 26 spots to No. 6 last year.

The Rose City rated low in housing affordability (6.0 out of 10) and quality of life (6.7), but fared better in job market and net migration (7.3 in both categories). Portland fared particularly well in desirability (10.0), which was based on a survey of 2,500 people asking where they'd like to live in the country.

"Portland is a well-rounded region with more than just the offbeat shops and events. Museums, art galleries and the oldest public library on the West Coast feed a population with more academic degrees than the national average," U.S. News wrote in its profile of Portland.

"Wilderness is also close by. Two mountain ranges and the Pacific Ocean can be reached in an hour or two, while the fertile vineyards of the Willamette Valley lure city dwellers with a thirst for something fresh."

RELATED: Portland listed as sixth-best place to live in US (2018)

Seattle moved up one spot to No. 9. No other Northwest cities ranked in the Top 25, but Spokane checked in at No. 65 (read Spokane's profile) and Salem was ranked No. 77 (read Salem's profile).

"The natural beauty of Seattle — it's surrounded by both mountains and water on two sides — is one of the biggest draws for residents," U.S. News writes in its profile of Seattle. "For many, living in Seattle has as much to do with what's outside the city proper as what's inside. Less than an hour from downtown, residents escape for the day or weekend to wineries, ski resorts, hiking trails and sprawling parks."

The rankings are calculated using data from the US Census Bureau, the FBI, and the Department of Labor for the following indexes: quality of life (crime rates, quality and availability of health care, quality of education, well-being and commuter index); housing affordability (dividing blended annual housing cost by blended median annual household income); job market (unemployment rate and average salary); net migration (how many people are moving to or away); and desirability (2,500 people were surveyed, asking which of the qualifying 125 metro areas they'd most like to live). Read more about the methodology.