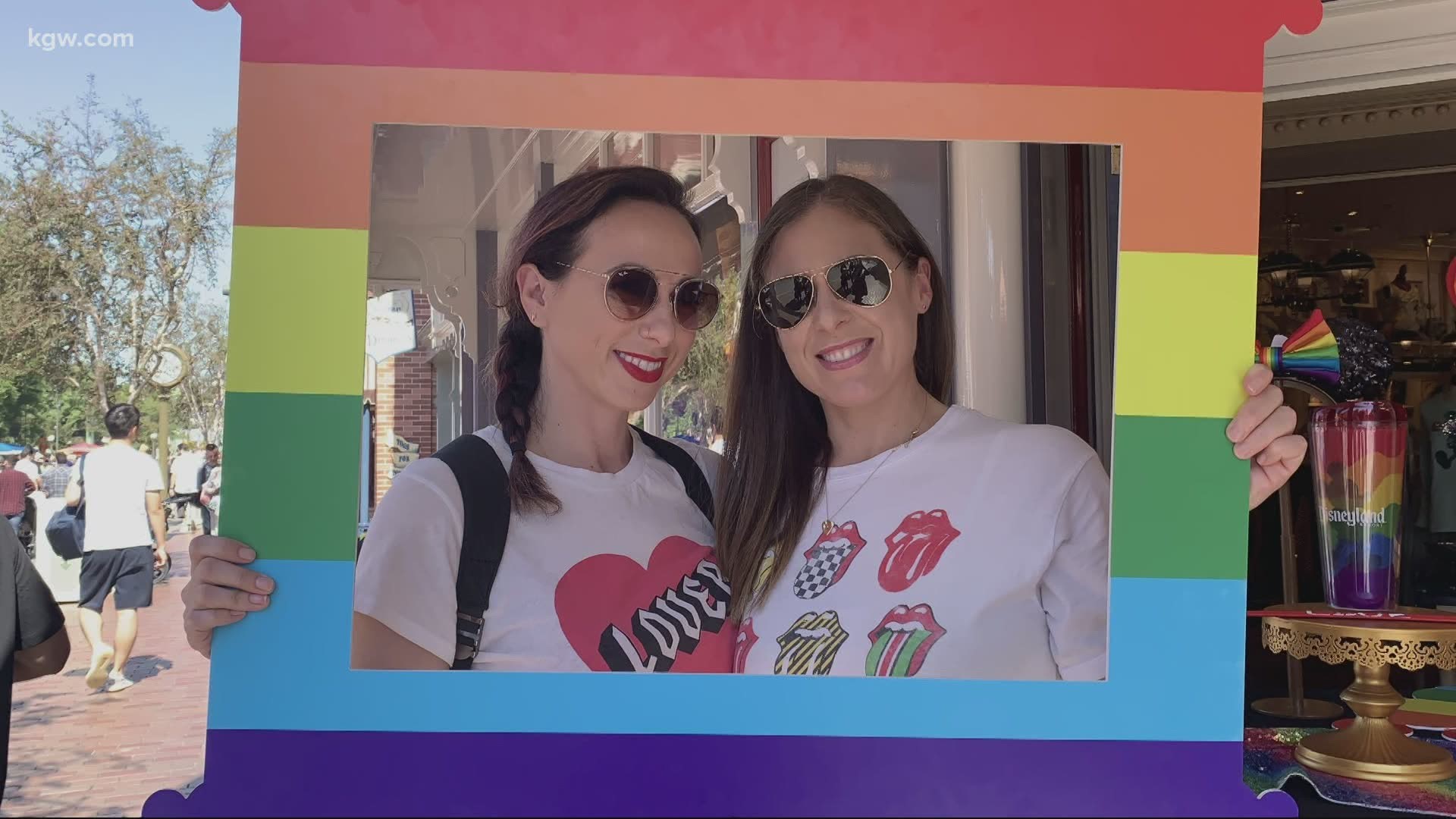 PORTLAND, Ore. — About a dozen LGBTQ+ couples in Oregon will be married in marathon succession Sunday.

The so-called "Marriage-athon" materialized as a collaboration between Portland-area wedding event organizers.

"We kind of pulled this together in a week and a half or so," said Emily Sterling, one of the event's officiants and founder of Rooted and Wild.

After reading an article from USA Today about the U.S. Supreme Court's potential to overturn marriage equality, Carle felt compelled to help organize a marriage-athon for LGBTQ+ marriages.

According to the report, U.S. Supreme Court justices Clarence Thomas and Samuel Alito have suggested marriage equality—originally passed by the Supreme Court in 2015—should be overturned.

"Just the fact the potential is there means a lot of couples are worried," Carle said. "We should have the ability to marry who we love, just like anybody else."

Keen Events, a wedding planning company, helped organize a socially distant event for each couple to get married in succession throughout the day.

"We have officiants, we have photographers, we have florists, we have a DJ," Carle explained.

The event is free to couples, with the option to donate to The Trevor Project, which works to prevent LGBTQ youth suicide.

With less than a week of preparation, most participating couples obtained wedding licenses from counties around Oregon.

"It's kind of a whirlwind, but the good way," said Meredith Lockwood.

Lockwood and her partner Sara Morales will get married at the event on Sunday. They received their marriage license Friday.

The event will follow Oregon's strict COVID-19 guidance, meaning family and friends cannot be inside during the ceremony. However, Lockwood and Morales said the event represents a lot to them.

"It's a good way to do this and protect our rights," Lockwood said.

"She means the world to me," Morales added. "And I'm grateful to be going on this journey with her for the rest of our lives."

Marriage comes with many legal rights and benefits, including being able to visit a spouse in the hospital, better access to insurance and easier paths to adoption.

"If you can see marriage as something so sacred and special between two people, then you should understand the gravity of not being able to have that, no matter who you are," Carle said.

Lockwood hopes the event's LGBTQ marriages help uplift others who are uncertain of the future.

"Every love is beautiful, and that they should feel confident and proud of who they are," Lockwood said.

"It's going to be a culmination of everything I love about what I do," Carle said. "I feel like it's going to be people feeling affirmed, and loved, and given the respect and attention they deserve."

RELATED: How to get married during the COVID-19 pandemic