'It has an elegance and a minimalism': Portland footbridge up for international award

Barbara Walker Crossing in Northwest Portland is one of 100 finalists for a CODAaward for commissioned art around the world. 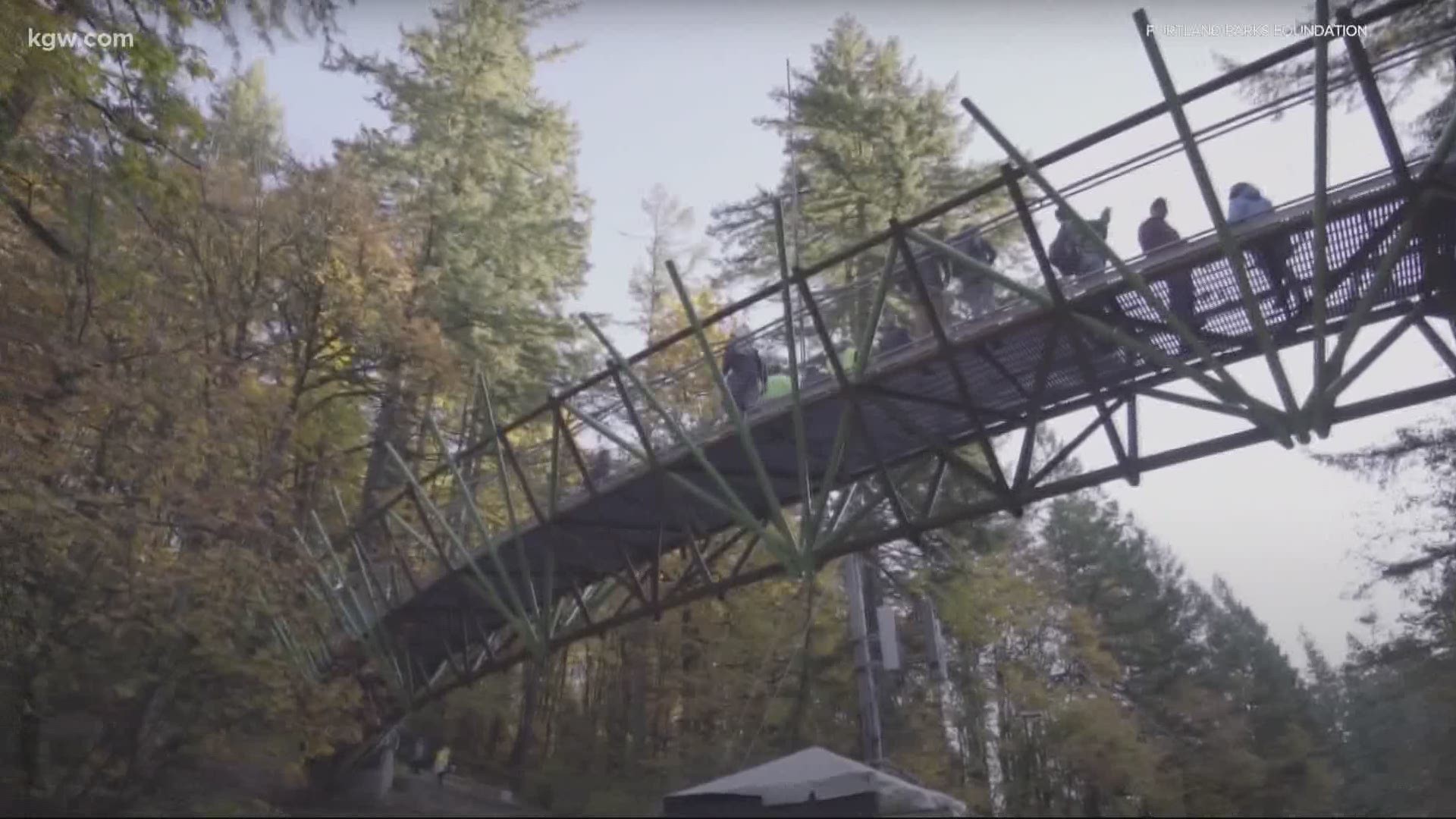 PORTLAND, Ore. — One of Portland's newest bridges is up for a big honor in the world of commissioned art.

The Barbara Walker Crossing footbridge is one of 100 entries from around the world selected by CODAworx as a CODAaward finalist. From now until June 30, the public may vote for their favorites which were chosen from 500 nominations. The finalists are listed in alphabetical order. Barbara Walker Crossing was holding steady in the top ten.

“Public art is emblematic of the aspirations and the values of a city,” said public artist Ed Carpenter, who designed Barbara Walker Crossing.

Completed in 2019, the bridge carriers people over a busy section of West Burnside Rd. near NW Barnes Rd. It also connects the 30 mile Wildwood Trail, once divided by West Burnside.

“It was incredibly dangerous,” said Carpenter. “I was a lifelong trail runner and I had been a survivor of that crossing myself over many of those years.”

The majority of the bridge’s $4 million cost was raised by 900 individual donors. The Portland Parks Foundation led the fundraising effort.

“Against all odds, it was one of those projects that fell between the bureaucratic cracks,” said Randy Gragg, Portland Parks Foundation Executive Director. Gragg said he’s thrilled the bridge is being recognized for its design.

“It has an elegance and a minimalism,” said Gragg. “It’s a kind of an enhanced experience of the trail but it doesn't overshadow it in any way.”

Those are some of the reasons the bridge caught the eye of CODAWorx, an online global design platform for the commissioned art world.

“These are the kind of artworks that actually change spaces,” said CODAWorx CEO, Toni Sikes. “It can take a dark and dangerous space and turn it into a magical space.”

CODAaward winners will be announced in Interior Design Magazine in August.