"If it's done right, I feel [the bagpipes] really speak to people," said band member and founder Greg Rose. 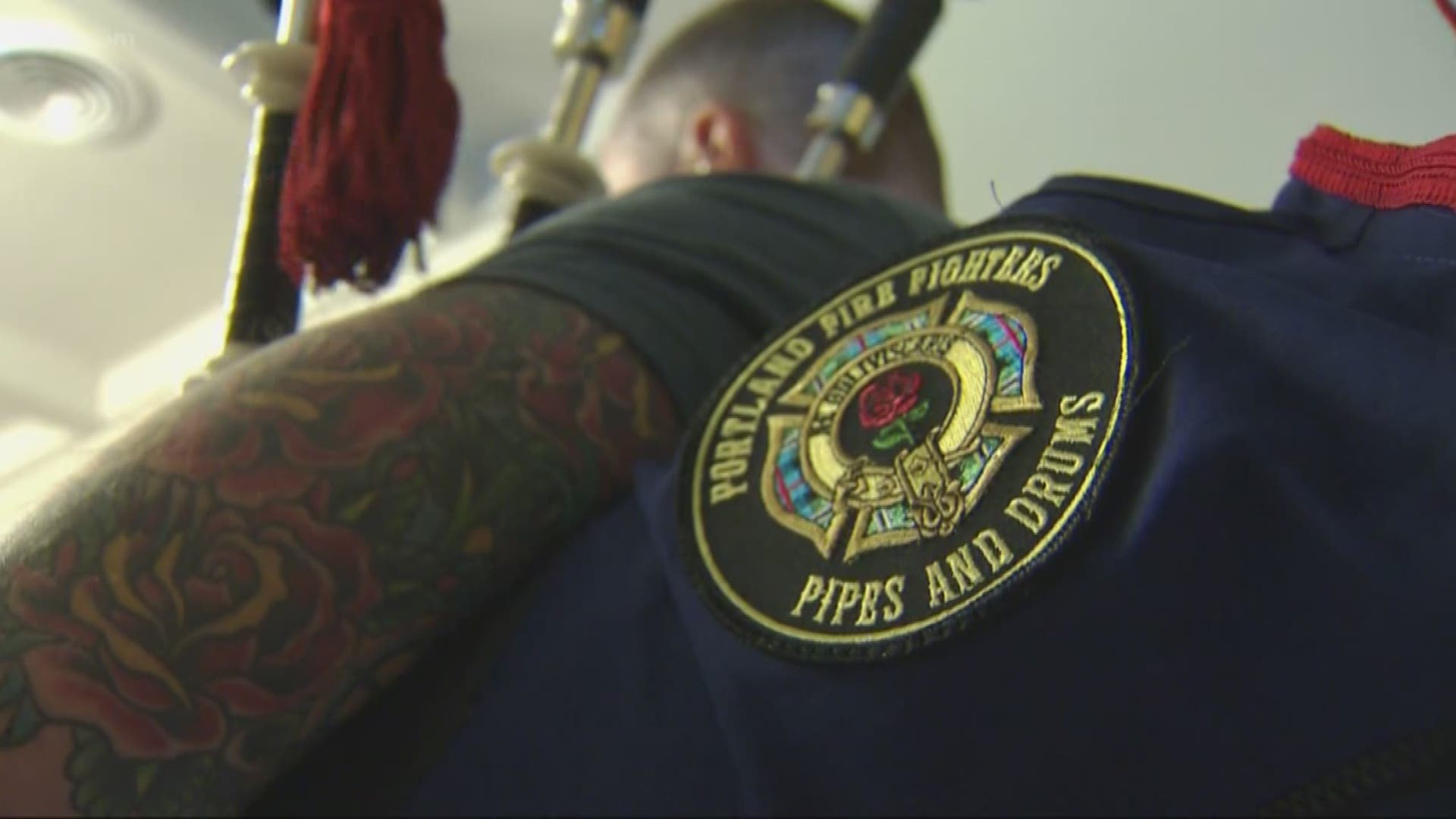 PORTLAND, Ore. — Portland firefighters with IAFF Local 43 are teaming up to form a Scottish bagpipe and drum band.

"It's an extremely difficult instrument to master," said band member and founder Greg Rose. "It can sound like a bag of cats, but that's how we get there."

Rose is the band's only established bagpiper and started playing about 10 years ago. Back then, Portland Fire & Rescue's only bagpiper was about to retire, and hoping to pass the torch. Rose still remembers the mass email he received.

Since then, Rose has traveled the country playing the bagpipes at memorials for fallen firefighters.

"If it's done right, I feel [the bagpipes] really speak to people," said Rose.

Rose said playing the bagpipes at memorials for first responders is a tradition that dates back 150 years.

"There were a lot of Irish and Scottish immigrants in this country and one of the lowest-level jobs they could get was in the fire service and police department," said Rose. "Obviously, it was a dangerous occupation back then and there were a lot of line-of-duty deaths."

"It was just awe-inspiring," said Rose. "There were 400 pipes and drums just all together representing their organizations. I was like, I have to do this."

Back in Portland, Rose reached out to his fellow firefighters. About 25 answered the call and joined the band. Renowned Scottish bagpiper and instructor, Gordon Convoy, is teaching them how to play.

"There's no stopping them," said Convoy. "There's no place they can't go at the end of the day. They're working really hard."

The band members are dedicated, but admit learning the bagpipes has been a process.

Once they master all of that, they hope to make a difference together.

"To represent the fire service and at certain moments bring comfort," said Miller.

And if any group knows about sacrifice, it's this band of brothers.