"Maybe the way you do it may not look like the way everybody else does it, but if you want to do something, go out and do it." 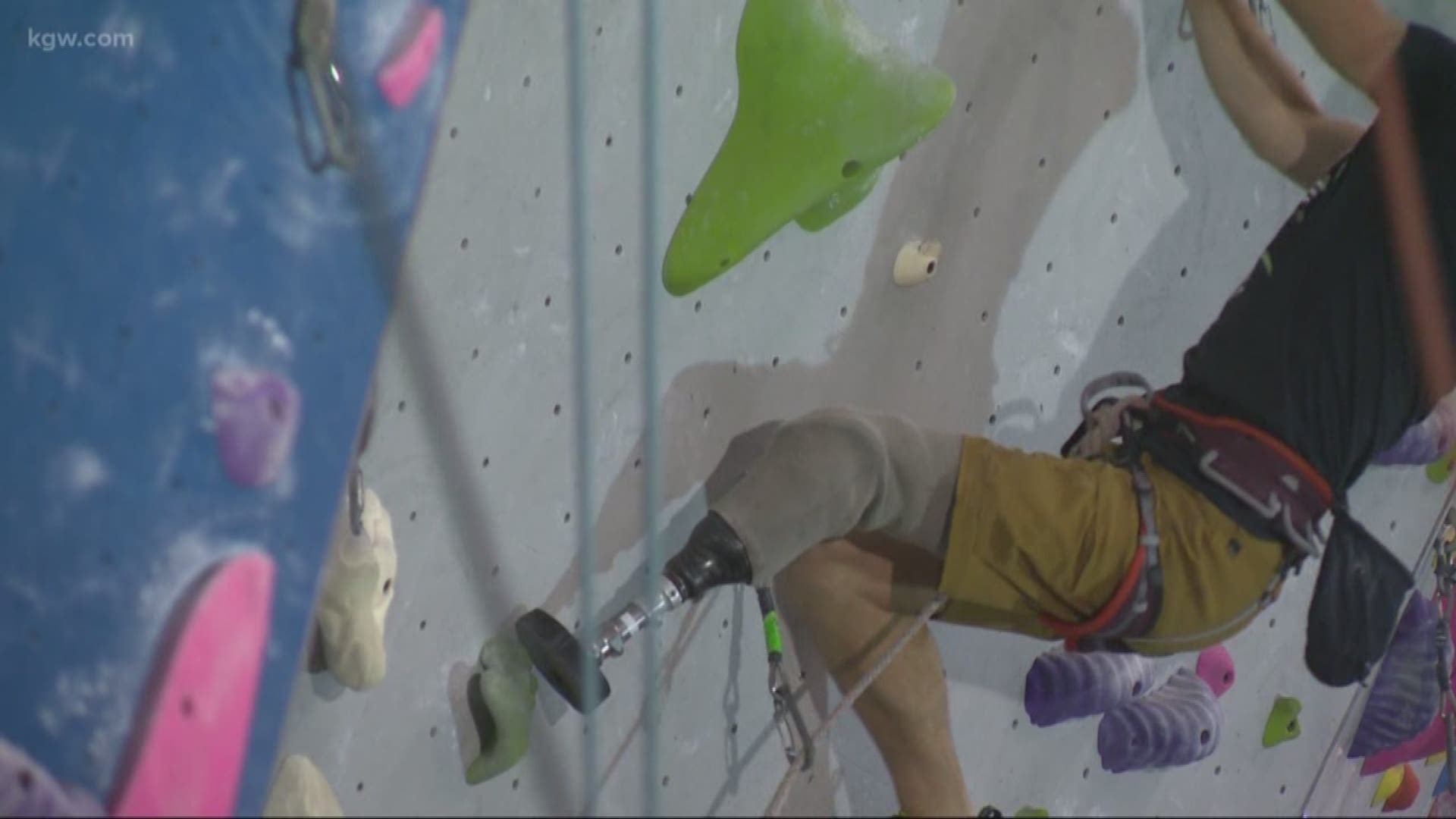 PORTLAND, Ore. — Jono Lewis was 15 years old when on a friend's farm in New Zealand, a tractor ran over him. In surgery, doctors had to amputate his leg just below the knee.

"It's been a learning experience. Luckily, I was quite young. It's quite easy to adapt to things when you're young," Lewis said.

Now 30, he's the leader of PDX Adaptive Climbing, an adaptive climbing group that meets twice a month at Planet Granite in the Pearl District.

"For me climbing and sport has just been a very powerful thing in my life as an amputee. I think being able to introduce that and make it accessible is just a nice thing to do," Lewis said.

In the first year, the group has grown from just a couple members to around 15. Each person has their own story.

"We have people in the group that are amputees. Maybe missing an arm or a leg. We have people with brain injuries, spinal cord injuries, visual impairment. Pretty much anything," Lewis said.

One of the climbers, Eric Davidson, said that in May of 2008 he was riding his bike in Northeast Portland when a truck hit him. He is still recovering from a traumatic brain injury, but that doesn't stop him from going up and down the walls as if nothing can stop him.

Another member, 27 year-old Kevin Cardoza, was in a motorcycle crash in California six years ago. His crash was so bad that when he hit the retaining wall, his neck went one way and his shoulder bent too far back the other. The impact ripped the nerves out of his spine, leaving his left arm paralyzed. A year later, he made the decision to have it amputated.

"It was honestly the best thing in the world. I was excited going into the amputation because I had this useless arm that was just in my way all the time." Cardoza said.

When Cardoza joined the group, he said it almost immediately felt like family.

"It's really great to climb with people that are like you. Obviously, we're not exactly like each other, we all have different situations," he said.

Climbing is just as much a mental sport as it is a physical sport.

"It's kind of like figuring out a puzzle, but in an athletic way and with your body," Lewis said.

This past summer, as part of the Craggin' Classic, a yearly climbing festival at Smith Rock, the group took their talents outside the gym.

"It can be really intimidating to go climbing outside for your first time. So, I think the figuring out how to access that when you have limited mobility is something that is nice to be able to give that to people," Lewis said.

Credit: Jono Lewis
The Smith Rock clinic was part of the Craggin' Classic (a yearly climbing festival at Smith) and run by Oregon Adaptive Sports.

For those thinking they can't, Lewis and everyone one in the group is proof that you can.

"You can do anything that you put your mind to. Maybe the way you do it may not look like the way everybody else does it, but if you want to do something, go out and do it." 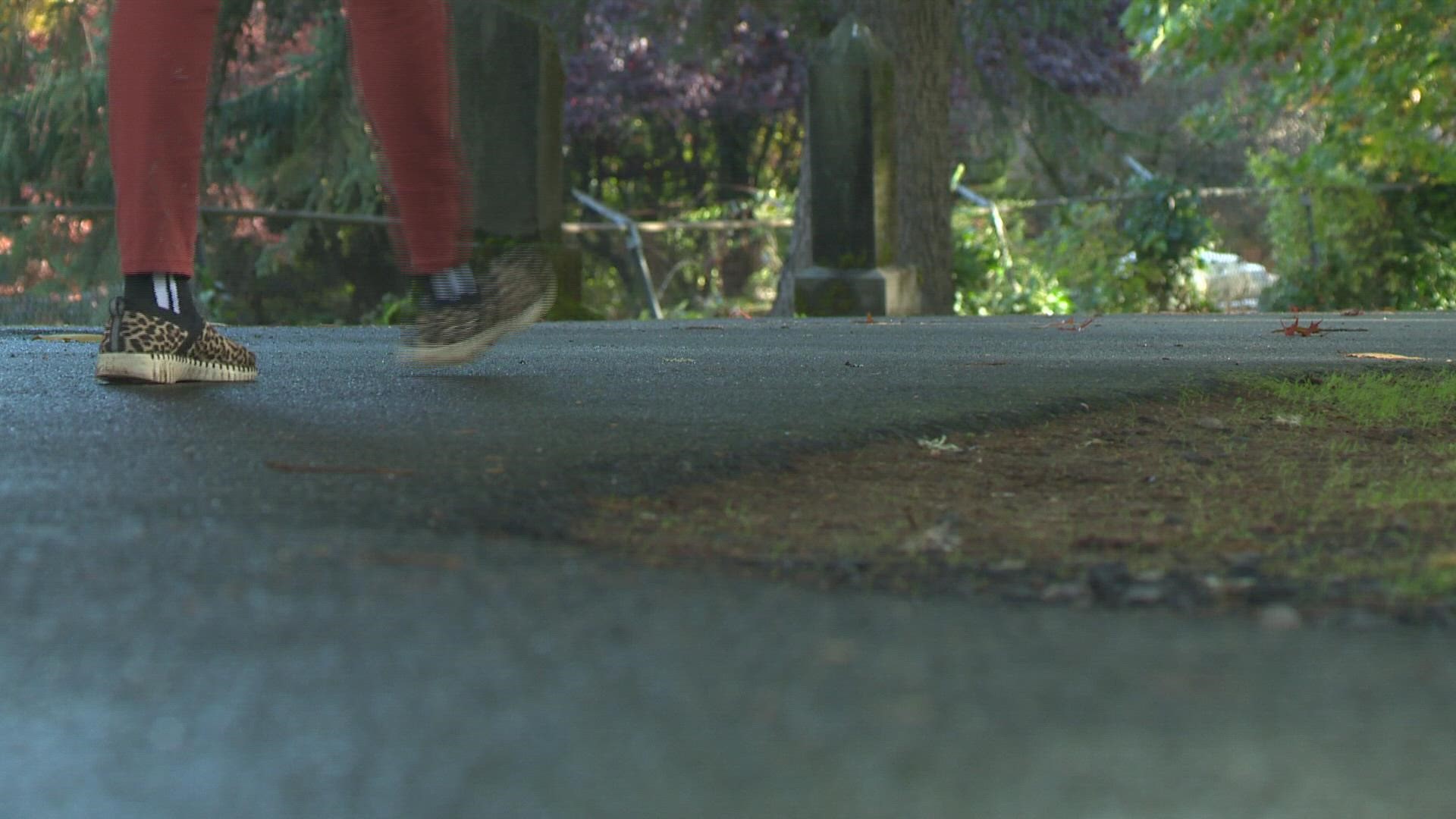 Let's Get Out There: Take a stroll through Portland's historic cemeteries