'It was more than just a jump': Portland-area man goes to France for D-Day re-enactment

Now retired from the Air Force, Chris Bernard joined the Airborne Heritage Platoon to keep alive the memory of the men and women who served in World War II. 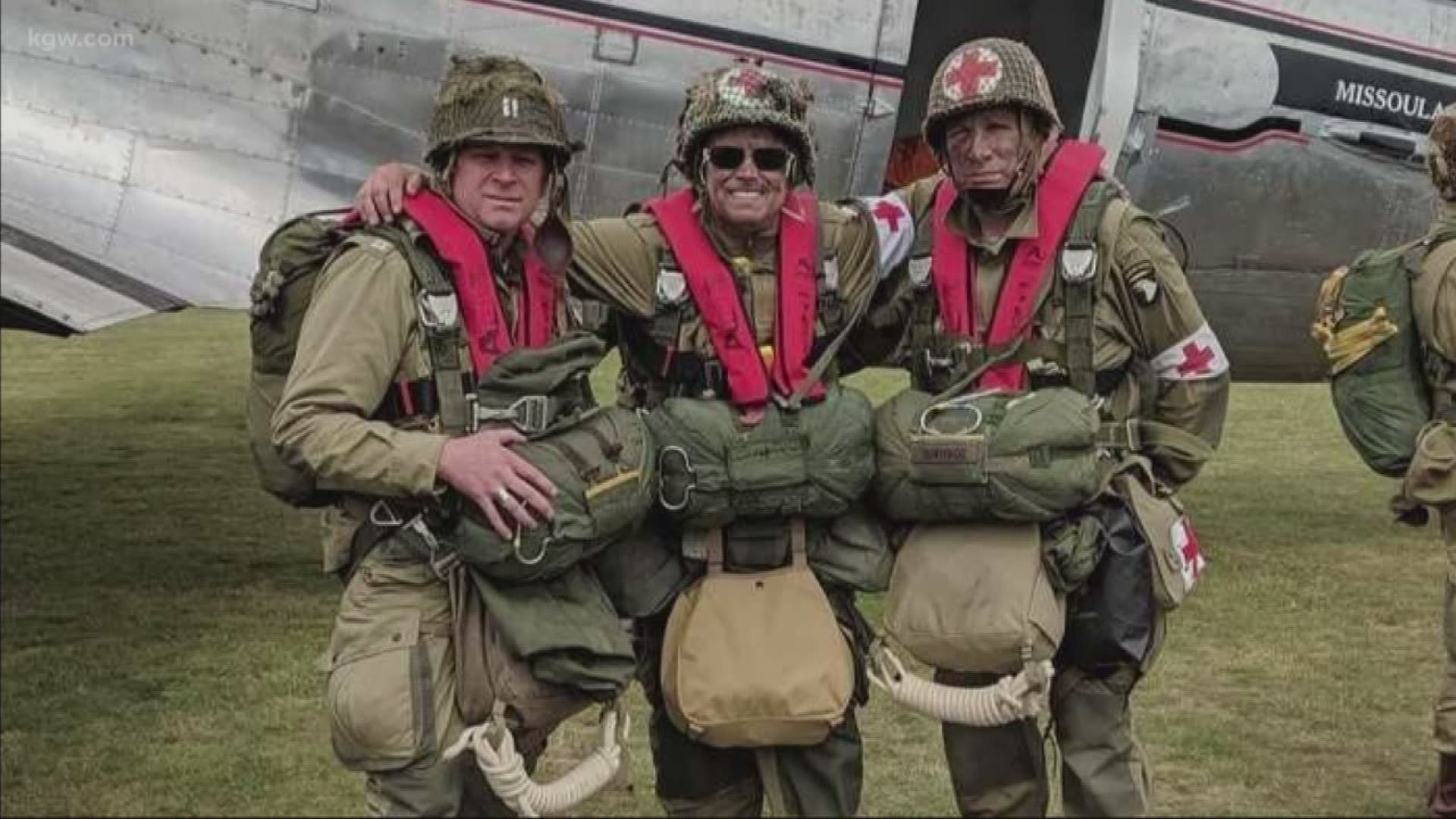 PORTLAND, Ore. — Chris Bernard and his family went to France for the re-enactment of D-Day because he had to.

“Today was extra special, you know, being the 75th anniversary. You know, wearing and honoring the other airborne jumpers, was really special. It was cool,” he said.

Bernard spent 30 years in the Air Force as a pararescue jumper, a PJ, mostly in Portland, rescuing climbers on Mount Hood and military members in hot spots around the world. He's also a Portland firefighter.

Now retired from the Air Force, he joined the Airborne Heritage Platoon to keep alive the memory of the men and women who served in World War II. It gave him a chance to join hundreds of others who parachuted over the beaches of Normandy.

“It was more than just the jump. We started out from the famous Duxford Airfield out of England, exactly where they did, where they gathered together 75 years ago. On our way out, we had World War II veterans, you know from England, British, that all dressed up and saluted us and shook our hands as we were walking to the planes. And we’re walking out to like 14 C-47s all painted with invasion stripes and everything – it just totally set the mood.”

"Got in the plane and was overwhelmed. It was exciting,” said Bernard.

Seventy-five years ago the men aboard those planes had no idea if they would live or die once they jumped. Bernard could sense the emotions.

“I mean I’m wearing the same clothes, we’re jumping out of the same planes, we’re crossing the English Channel – I mean the only thing -- I was constantly reminded was – well thank God they’re not shooting at us because it was still pretty hairy crossing the channel and everything,” said Bernard.

History will note this as a day the world stopped to remember, and Bernard will remember what it felt like to be part of that moment.

“That was an honor it was a feeling of represent- you know it was kind of a living history – that I’m representing to try to inspire and let other people know what airborne troops ahead of them did,” he said.

The re-enactment was so important to the family that Bernard’s son, Ben, skipped the graduation ceremony at Oregon City High School to be with his dad in France.