'The pinball mecca': Pinball makes an unmatched comeback in Portland

Portland boasts more pinball machines per capita than anywhere in the U.S. and is home to one of the best pinball players in the world. 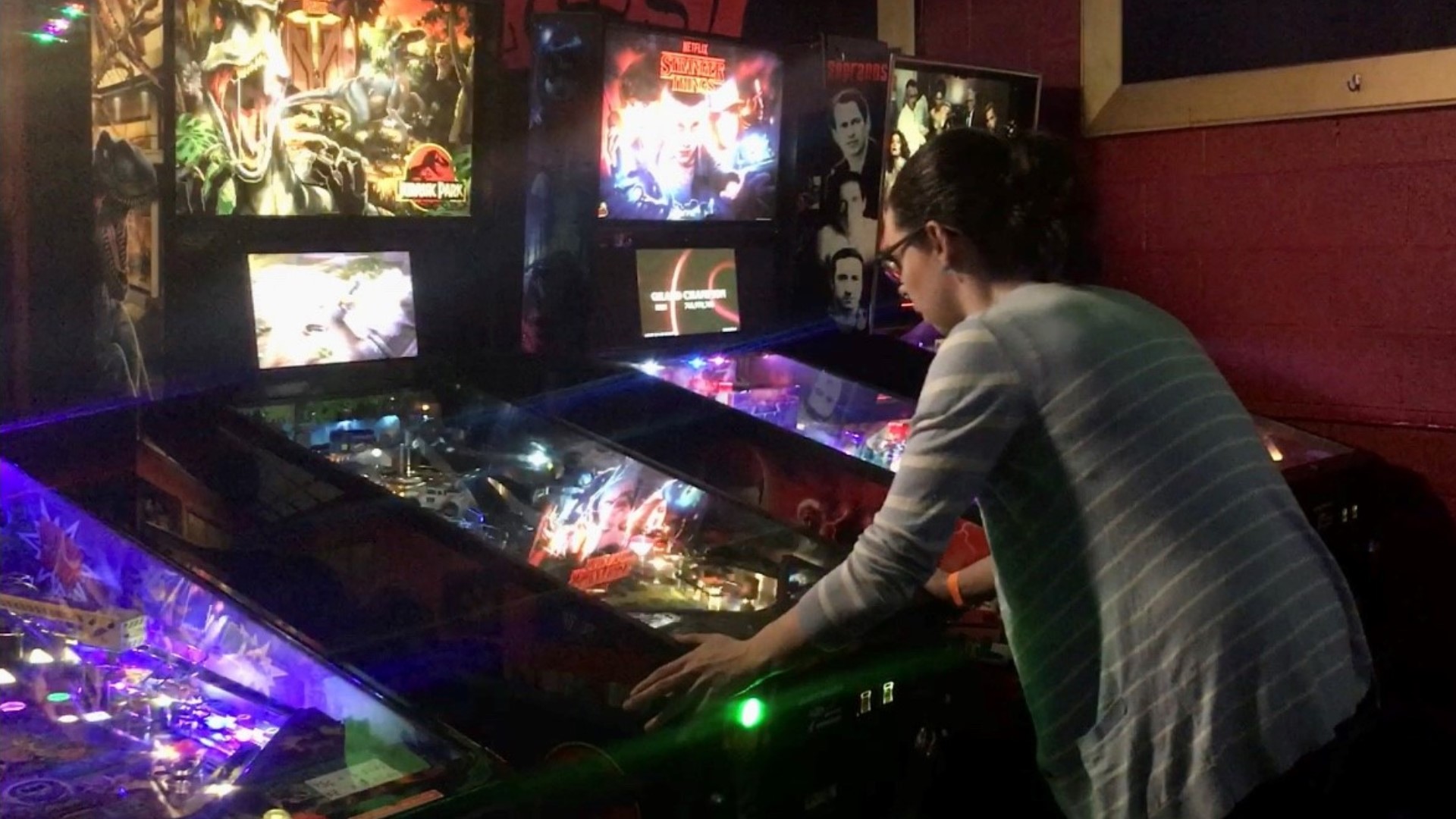 “Portland is the pinball mecca,” said Logan Bowden, owner QuarterWorld Arcade on Southeast Hawthorne Boulevard, which features 34 pinball games. That's just a small fraction of the nearly 500 pinball machines Bowden has collected. He leases many of those games to bars and restaurants all around Portland as part of a bigger strategy.

“We as QuarterWorld really wanted to push [pinball] and make sure there were places other than big arcades to get your pinball fix," said Bowden.

Right now, you'll find around 1,000 public pinball machines in the Portland metro area, according to Pinball map. That's more pinball per capita than anywhere else in the United States. It makes sense then that one of the world's best pinball-playing women lives in Portland.

“I didn't know what a pinball machine was, I never saw one as a child,” admitted 32-year-old pinball wizard Zoe Vrabel.

That changed for Vrabel about 10 years ago when she was in college. That's when she stumbled upon one of those strategically-placed pinball machines at a Southeast Portland bar.

“I found out I was good at it just from the get-go,” said Vrabel. “I understand games, I like strategy, so I was immediately consumed by it.”

In 2016, Vrabel, a data analyst by day, won the International Flipper Pinball Association's first ever women's world championship. She's currently ranked third in the world. When Vrabel plays pinball, it's more like watching a sport than an arcade game.

“My Fitbit used to tell me I was on a stationary bicycle,” chuckled Vrabel. “I was not. I was playing pinball.”

You can track just about every public pinball machine in America through Pinball Map. The site started in Portland then went national. You can use it to find your favorite childhood game or tournament venue, like Wedgehead in Northeast Portland’s Hollywood District.

“I loved when this place came around a year or two ago,” said 47-year-old Mike Cates, a regular at Wedgehead.

“I'm not nearly as good as I used to think I was,” he quipped. “To see it come back is really great because it’s a lot of fun and it's cross-generational.”

So where exactly did pinball go? Why did it skip a generation?

Some blame the home video game explosion in the late 1990s. That's when some of the top pinball game manufacturers, such as Williams and Bally, went under.

“Shut their doors and stopped making pinball machines because arcades were dying,” said pinball aficionado Luke Christensen. He believes the very thing that killed pinball is now reviving it.

“More and more people are getting disillusioned by video games and spending time in front of screens” said Christensen. “They're coming out to bars and arcades and seeing the real outside world.”

When he's not playing pinball or working as an electronics test technician, Christensen is studying manufacturing at Portland Community College with the goal of one day opening his own pinball factory. He's restoring two old machines now and plans to make his own prototype while mining the Silicon Forest for a team of computer engineers and artists.

“If somebody doesn't want to work at Intel or a big manufacturer like that, they can do the electronics in this game,” he said.

Back at QuarterWorld, pinball champ Zoe Vrabel has her own goals, and not all of them are tied to pinball world domination.

“I play competitively, but I like to have fun,” assured Vrabel.

Right now, that fun includes getting others to join her in front of the back glass.

“If you like pinball, even if it's just a little bit, come try it out!" Vrabel said. "We'll get them hooked!”

That shouldn't be a problem in Portland, where there’s plenty of pinball to go around.

RELATED: Oregon futurist: More changes coming in next 10 years than the last 40