A perfect score on either test is noteworthy. Perfection on both tests is rare. 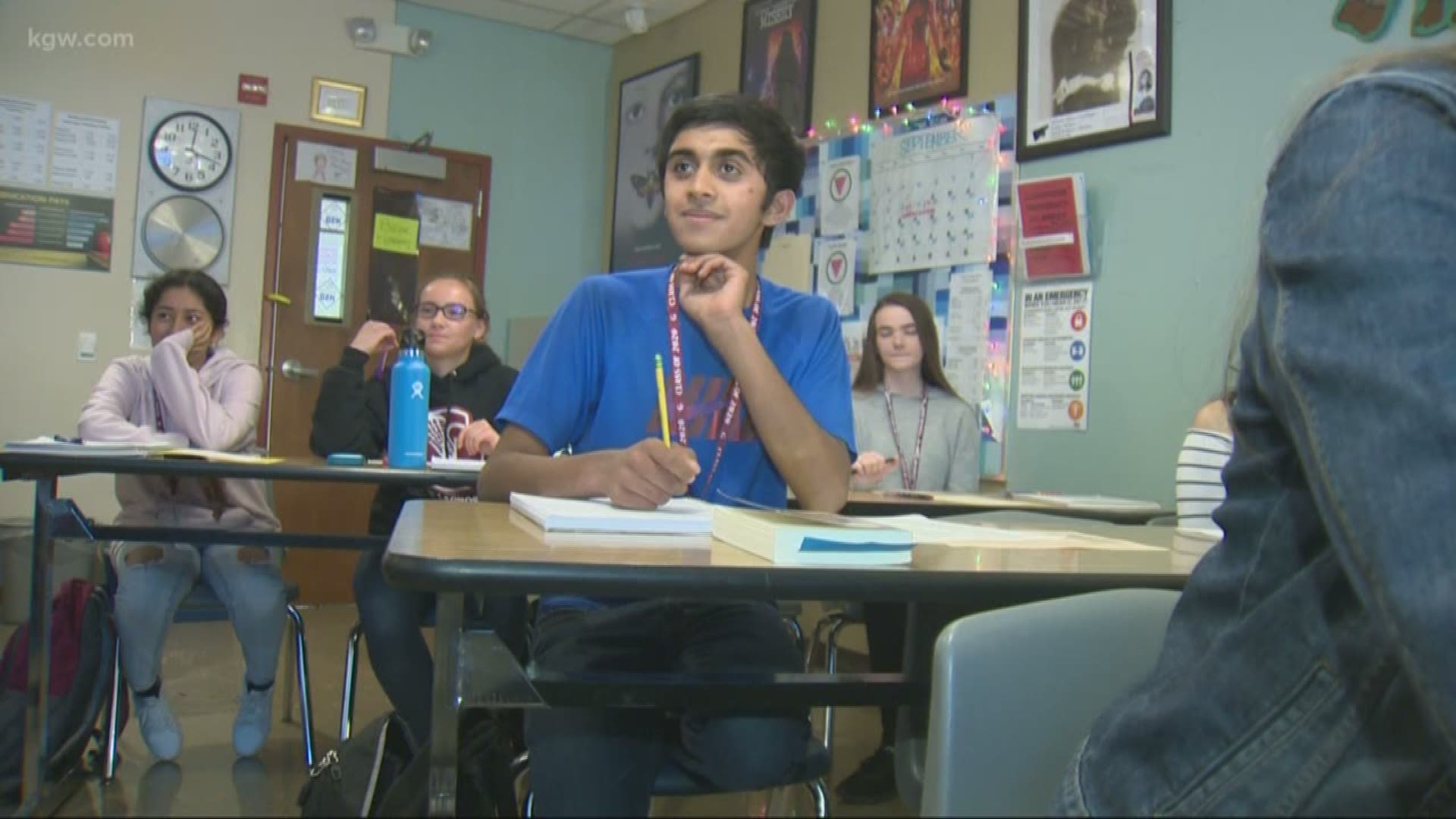 A perfect score on either test is noteworthy. Perfection on both tests is rare.

In the U.S. high school class of 2017, just 2,760 of some two million who took the ACT test had a perfect 36 score. Even a lower percentage of students earned the perfect 1600 on the SAT.

He learned of his SAT score during a U.S. History class.

“I dropped my phone. I was in shock. I really didn’t expect that," he said, laughing.

Classmate Sierra Nelson was there.

"My mouth dropped," Nelson said of her reaction when she heard the news. "Kinda just stood there in awe. I've never heard of that before and the whole class just erupted. It was insane."

"Nisala's been here since middle school taking advanced courses and when I read the news, I knew it was him," Ruff said. "He's a well-rounded kid. He's an amazing kid, and again, I was not surprised."

Kalupahana has not made specific college plans. He has completed computer science internships with the Oregon International Air Show and with IBM. He also has a passion for graphic design.

The teen also played clarinet in the Westside Community Youth Orchestra. He also plays the piano, guitar and tenor saxophone.

OK, so what's the secret to a perfect score on the ACT and the SAT?

"The secret is doing practice tests," Nisala said. "Its learning how the test works. Because the test doesn't test subject content as much as how good you are taking the test itself. It's a skill in itself."

While he could be excused for considering himself on a different intellectual plane than his classmates, he does not go there.

"As you're walking around are you just looking at the other kids going, 'I am so much smarter than you?' No! Haha, no!," he said. "I mean, everyone's smart at their own thing right? And in my opinion a standardized test does not say much about your intelligence at all. It tells you how good you are taking a test right? It's one thing right?"