At just over 328 mph, she is the fastest woman in the world on two wheels. 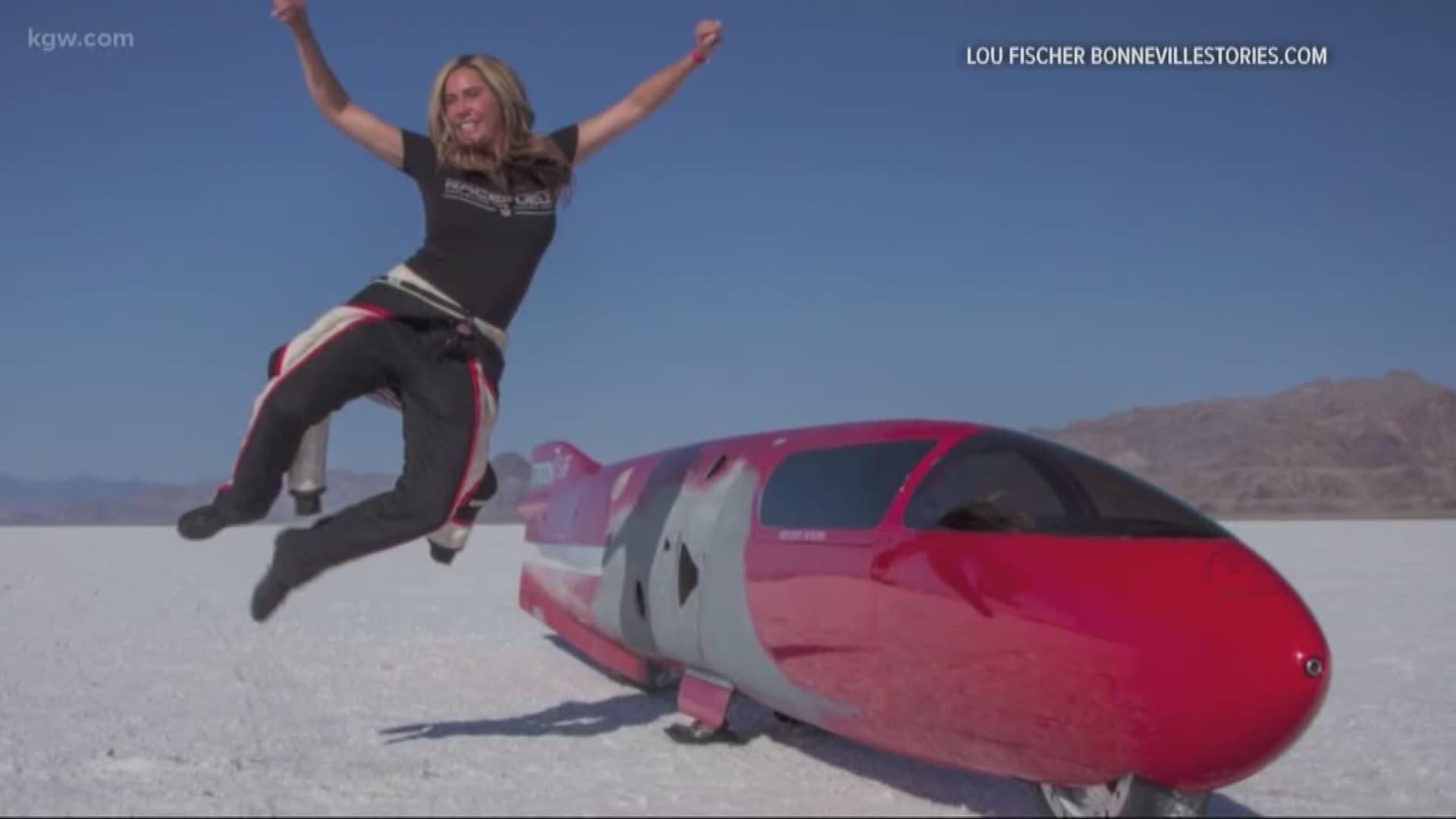 No woman has ever been faster on a motorcycle than Valerie Thompson. At just over 328 mph, she is the fastest woman in the world on two wheels.

However, the Queen of Speed is not satisfied. Valerie is on a quest to break the world motorcycle land speed record of 376.36 mph.

Her love of speed comes from her mother, who Valerie remembers taking her on rides through the hills of Portland in her VW Beetle. It’s safe to say that Valerie’s mom didn’t always obey the speed limit.

Her latest attempt to break the land sped record came last month in Australia and did not end the way she had hoped. At just over 340 mph Valerie’s closed cockpit motorcycle crashed, sending her airborne for a moment and sliding to a stop on her side. However the crash has only strengthened her desire to break the record.

When asked if she ever planned on calling it quits, she said yes, as soon as she hit 400 mph!