Oregon's film and TV industry shows resilience through the pandemic

A 36,000-square-foot soundstage and new network pilots are in the works for the Portland metro area. 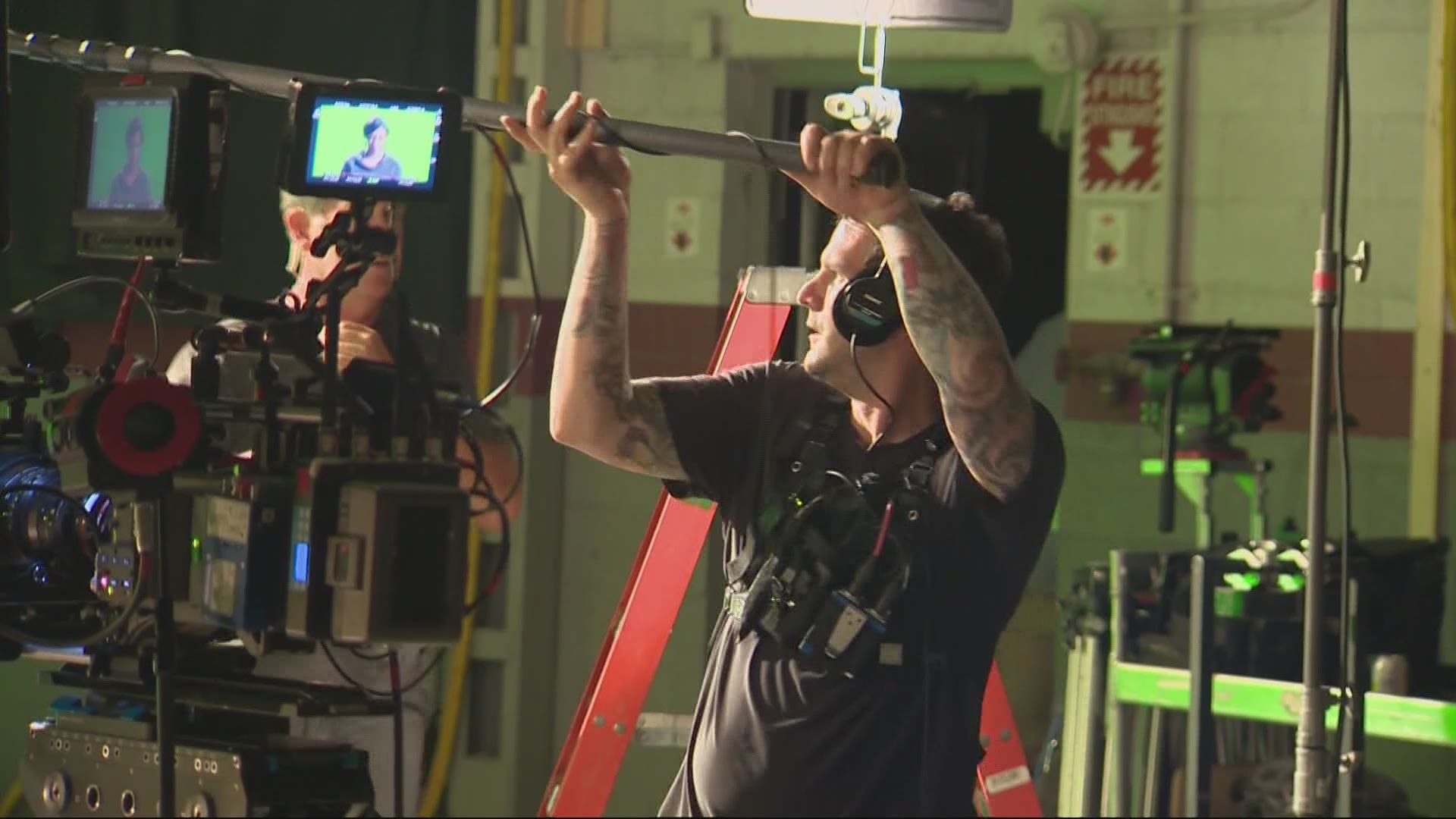 PORTLAND, Ore. — Like many parts of Oregon’s economy, the state’s film and television industry has demonstrated resilience in the wake of the pandemic. You can find a 36,000-square-foot example of that in Troutdale, at Vision Stages.

The sound stage facility for TV, film and commercial productions opened shortly before the pandemic took hold. It’s located in the old Thriftway building at 27100 SE Stark. Yoshida Group owns the property and considers Vision Stages a new business venture. General manager Dan Eason is grateful for that, especially given the timing.

“We started right before everything got shut down last year, so we've taken that opportunity to make some improvements,” said Eason. “We switched up to LED lights, we're getting a clean air filtration system in here … Now the next production coming in here will have a better space to work in.”

Right now, Eason said he's in talks with two TV shows about using Vision Stages. He knows the industry well, having worked for years as an assistant location manager for NBC's Grimm, which was also shot in Portland.

“I want to see that this industry survives here in Oregon,” said Eason. “We want to help not just attract productions from Los Angeles or New York, we want to have an Oregon-grown filmmaking community.”

Film and TV production in Oregon has rebounded steadily according to industry experts.

“We were one of the first industries to come back,” said Tim Williams, executive director of Oregon Film, also known as the Governor's Office of Film & Television.

Williams said unions established safety protocols by spring of 2020. By June, they were back doing commercials; by summer, Portland crews resumed work on shows like Shrill and Chad. After that, Williams said there was a lull. Now when it comes to production, networks are having to consider new concerns across multiple states, including Oregon.

But things are starting to look up. Last month, TBS announced a new comedy pilot would be shot in Portland. It's called Kill the Orange Faced Bear, starring Damon Wayans Jr. The plot revolves around a man seeking revenge after a bear eats his girlfriend.

Williams believes as more people get vaccinated, Oregon's film industry will continue to recover — an industry Williams said brings the state $150 to $200 million a year.

“We're a low [COVID] infection state, Portland's easy to get in and out of,” said Williams. “So I’m getting a lot of inquiries from people thinking about Oregon for the first time and I'm also getting a lot of repeat offenders like Netflix and Warner Brothers — they keep wanting to come back and do more.”

That's something Dan Eason at Vision Stages is counting on.

“When two networks want to come to Oregon [at the same time],” said Eason, “we want to have the infrastructure in place for them.”

RELATED: Made in Oregon: Film office celebrates 50 years of movies