House Speaker Tina Kotek announced Saturday morning on her Twitter that Greenlick passed away in his home Friday night. 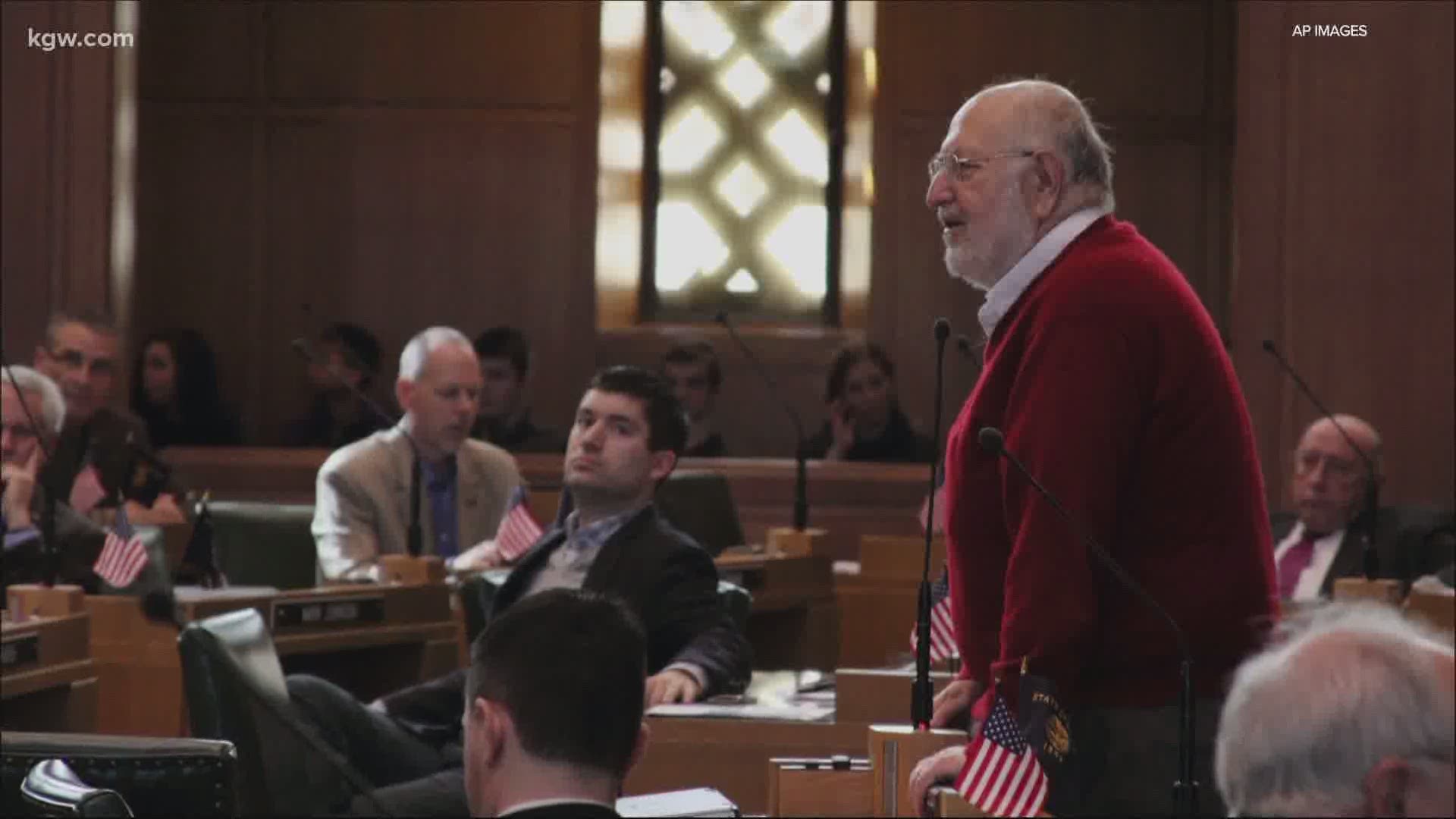 Oregon House Speaker Tina Kotek announced on her Twitter on Saturday morning that the representative died in his home Friday night.

Kotek said that Greenlick had been battling with health issues over the last year.

Greenlick served in the House of Representatives in Oregon for 18 years. He was elected into office in 2002.

He sponsored many bills through his career, many of which were aimed at helping Oregonians with their health care.

In 2003 he fought for the bulk prescription purchasing bill (SB 875) and the patient safety bill (HB 2340). In 2005 he sponsored a bull to change HIC testing procedures during obstetrician visits (HB 2706) and in 2007 he helped create SB 329 which created the Oregon Health Fund Board.

"I will miss his moral compass, his intellect, and his sense of humor," Kotek wrote on her Twitter. "I will miss my friend."

His dedication to health care equality and study did not go unnoticed.

Many of his colleagues and prominent members in Portland politics have spoken out about his passing:

Mayor Ted Wheeler said on Twitter, "Representative Mitch Greenlick fought tirelessly for health rights for all. He was a smart, kind, fearless public servant and a friend to many. He will be dearly missed."

"Representative Mitch Greenlick dedicated his career to fighting for Oregonians to have a better life,” said Governor Brown. “A fierce advocate for expanding health care, he championed initiatives that helped push our state forward, including extending the Oregon Health Plan for low-income and underserved communities. His tireless efforts around justice reform were critical to the passage of key legislation through the years to bring equal treatment under the law to all Oregonians. He was a professor, an educator, and a citizen legislator. Smart as a whip and with a heart of gold, he was a true Lion of the House. We will all greatly miss him. Dan and my hearts are with Harriet and his family as they mourn his passing."

House Republican Leader Christine Drazan said in a statement: “Representative Greenlick was deeply committed to his values, his community, and his family. He devoted years of his life to serving his constituents in the legislature, and he will be missed. Our thoughts and prayers are with his wife Harriet, his family and his friends at this time."

I am deeply saddened to learn that our friend Mitch Greenlick passed away last night. Mitch dedicated his life to serving Oregonians, always standing on principle and fighting for what he knew was right and just – and he always did it with unmistakable candor and humor.

I first met Mitch 20 years ago as the director of the House Democrats’ campaign arm. Though he didn’t win that first race, I can’t help but think how lucky we are that he came back to win the next one. His dedication and love for service made us all a little better in the work we do. Oregon is a better place because of him.

On behalf of myself and the Oregon House Democrats, I extend the deepest condolences to Harriet, the love of Mitch’s life, his children, Phyllis, Michael and Vicki, and the entire Greenlick family. May we all be fortunate enough to have a life so well lived.

It is with deep sadness that I announce that Representative Mitch Greenlick passed away at his home last night.

Representative Greenlick had been battling a number of health issues over the last year and was serving his last term in the Oregon House. He died while serving in office, doing what he loved. Oregonians lost a champion for fairness, justice, and health care as a human right. His work and legacy will benefit Oregonians for years to come.

My heart goes out to his beloved wife, Harriet, and his entire family. In accordance with the Jewish tradition, there will be a small, private family service within a few days. A public celebration of his life will be considered when the time is appropriate.

Representative Greenlick was one of my closest colleagues in the Legislature. I will miss his moral compass, his intellect, and his sense of humor. I will miss my friend.

It’s a difficult day when your mentor, friend and a great Oregon leader passes away. Mitch had clear vision for the future of Oregon’s health care system and the people it serves. In his later years, his body was slowing but his mind could not stop racing. His youthful spirit compelled him to continually think about the potential waiting over the next horizon and his years of experience propelled him to shoot for the moon when serving the common good. His years of leadership will be sorely missed.

I consider myself incredibly lucky to have known and learned from Representative Greenlick in my capacity as a lobbyist and more recently as his colleague and friend on the House Health Care Committee. His breadth and depth of health care research and policy development truly served to transform the way we deliver health care in Oregon. But he went even beyond his hand in the expansion of Medicaid and the creation of Coordinated Care Organizations.

I admired Mitch’s tenacity and insistence that we were only part of the way there. It was with a sad and heavy heart when Representative Greenlick was not physically able to lead the floor debate on HJ Res 202, the HOPE Amendment, that I co-carried in the 2020 session with Rep. Rob Nosse. The bill sought to declare health care a right in Oregon Constitution. Mitch knew that his health care transformation work was not over and that we must ensure that all Oregonians have access to quality, affordable health care. He was sincere in that quest and it is with great humility that I commit to continue this work to honor Representative Greenlick’s memory, lifetime of work and clear vision for a better future for all Oregonians.