Brantley has spina bifida and is confined to a wheelchair. Oregon nonprofit Magic Wheelchair made the special costume for Brantley. 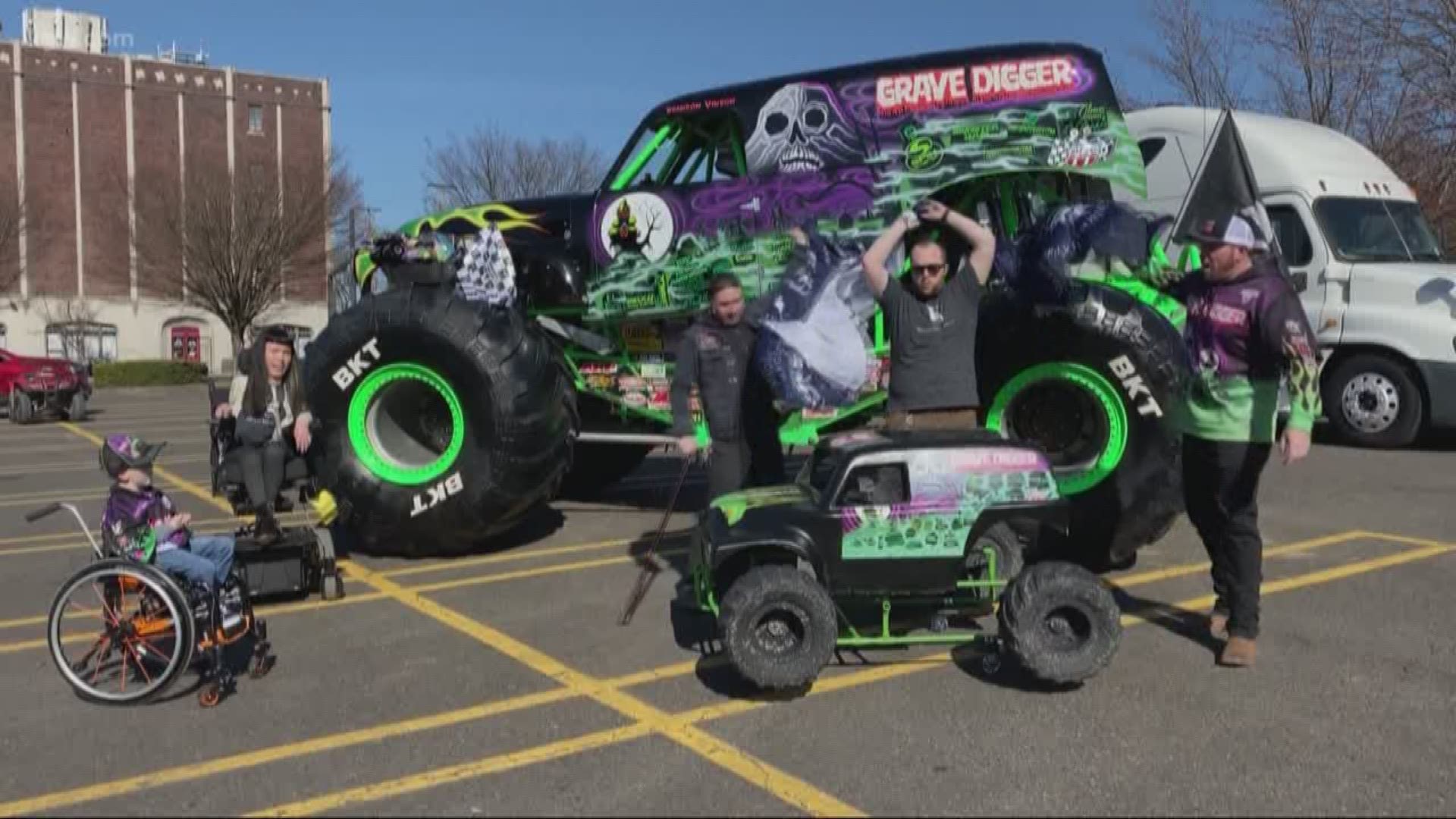 This weekend, Monster Jam takes over the Moda Center. Brandon Vinson has been driving Grave Digger for the past three years. He says it's a dream of his to drive the truck.

One of his biggest fans in Portland is 5 years old. Brantley Volpel loves playing with monster trucks at his home and will get the chance to watch Grave Digger in person for the first time this weekend at Monster Jam.

RELATED: 8 things to do in the Portland area this weekend: Feb. 28-March 1

Brantley is confined to a wheelchair. He has spina bifida, a condition affecting his spine and is paralyzed from the chest down.

"What kind of surprise is it?" Brantley asks Vinson.

Brantley knows he's next to the Grave Digger for something, but doesn't know what.

"You get to come here and hang out with the Grave Digger," Vinson responds.

"Is that the surprise?" Brantley asks.

"No, there's a better one coming," Vinson says.

"I cannot wait for the big one!" Brantley delcares.

In the back of a pickup truck sits Brantley's surprise. Volunteers put the finishing touches on it and pull it out of the back. It's covered in a cloth with the logo of nonprofit Magic Wheelchair all over.

"Magic Wheelchair is more than just one wheelchair costume, it really brings communities together," said Christine Getman, executive director of Magic Wheelchair. "It raises awareness for rare diseases and the unique things that children with disabilities are experiencing. We also like to say it brings epic inclusion."

Magic Wheelchair started a decade ago when Ryan Weimer started building customized Halloween costumes for his own kids in wheelchairs. The nonprofit was started and gained national attention. Magic Wheelchair now builds costumes in 40 states for 227 kids.

"Close your eyes," Vinson tells Brantley as he wheels him around.

"Oh man, what could it be?" Brantley asks.

"Wow! It's awesome!" Brantley excitedly says as eyes light up with amazement and surprise. It's a custom fit for his wheelchair that is a replica of Grave Digger.

"Am I going to drive that?" Brantley asks.

Vinson wheels Brantley around and slides his wheelchair into the back of the mini Grave Digger. It's a perfect fit. It's complete with a steering wheel and a fake fire extinguisher.

Vinson says this is what Monster Jam is all about.

"Making a fan's dream come true and we made his dream come true today. If I never had to drive again and could come do this all the time, I would do this. That's really what we're about. It's a blessing," Vinson said.

"It's amazing, it's like he get's to do the coolest things. It's really cool to be his mom," Brantley's mother, Nicole Brown says as she watches in awe and takes his picture while he's sitting inside his new costume fit for a wheelchair.