ODOT is putting up more pedestrian activated beacons to help improve the safety for people crossing the streets throughout the metro area. 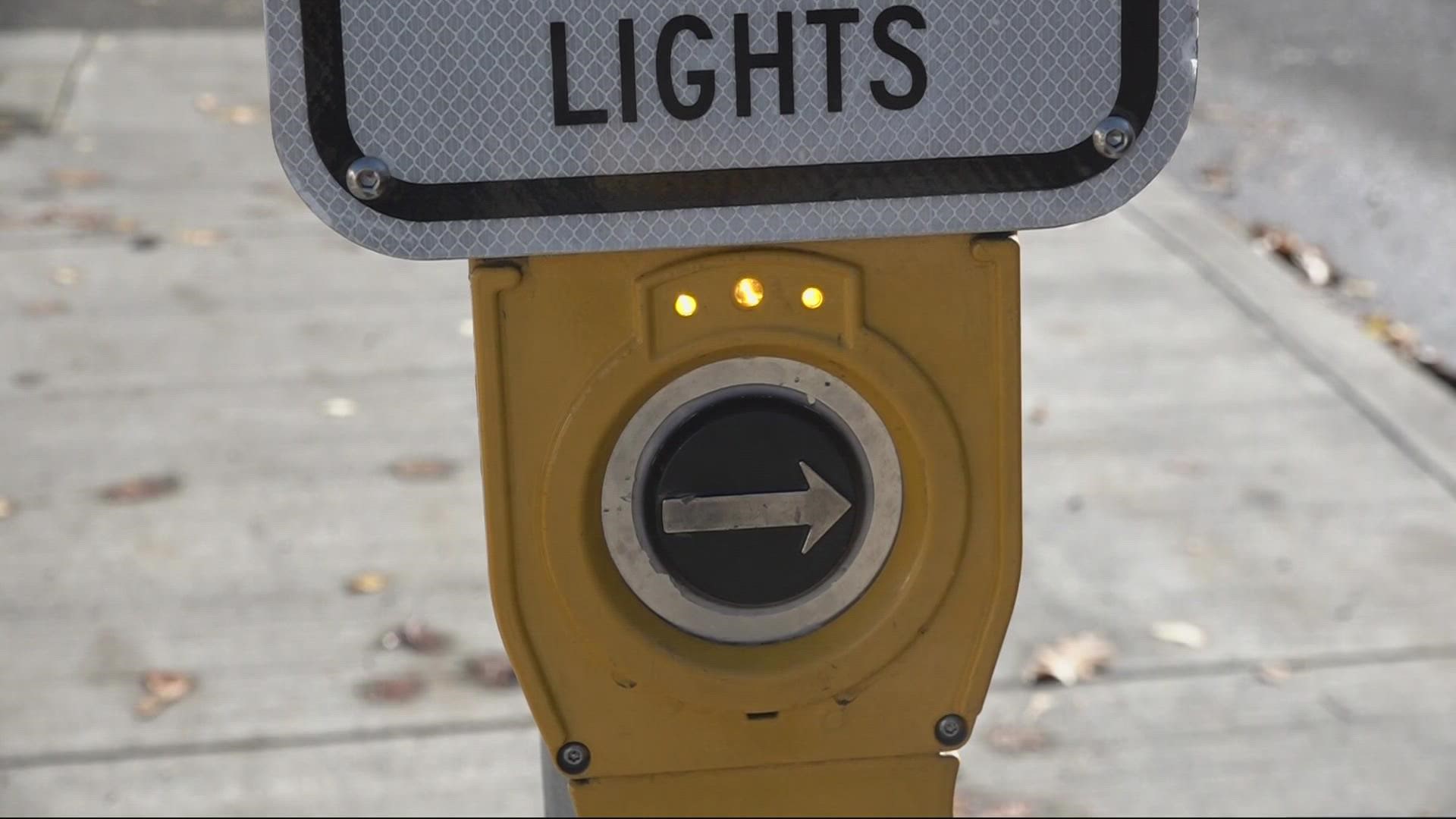 PORTLAND, Ore. — The Oregon Department of Transportation (ODOT) is putting up more pedestrian-activated beacons to help people safely cross the streets across the metro area. The beacons help alert drivers that people are about to cross the street.

In the next year alone, around 10 beacons will be put in along SE Powell Boulevard. On Oct. 30, a man was hit and killed by an SUV on the street. Don Hamilton with ODOT said the beacons will give bikers and walkers an additional level of control when they're crossing the streets.

"Powell is an area where we've had some problems with pedestrian issues," Hamilton said. "We're trying to make sure this is safer."

Hamilton said ODOT started putting the beacons in around 10 years ago. They're placed in places with high rates of pedestrian injuries and in neighborhoods that are economically disadvantaged. In the last two years, there have been 18 put in along Southeast Powell, Southwest Barbur and Tualatin Valley Highway.

"On Powell Boulevard, a couple of years ago, just south of Hamilton Street, there were a couple of fatals on bicycles just within a couple of months of each other, but we have not seen any fatals on this section of road in a while," Hamilton said.

Chris Craig walks down Powell every day, he said the traffic beacons are life saving.

"When I was 15, I actually got hit by a car on 50th and Powell, it was a crosswalk without a light," Craig said.

He eventually recovered after getting hit, but he's extra cautious these days.

"Now I'm always looking both ways and careful when I'm crossing the street," Craig said. "I'm just glad to have more of these up and down Powell."