As Mister Rogers took the stage, the graduating class of 1982 stood up and sang the theme song from his PBS television show. 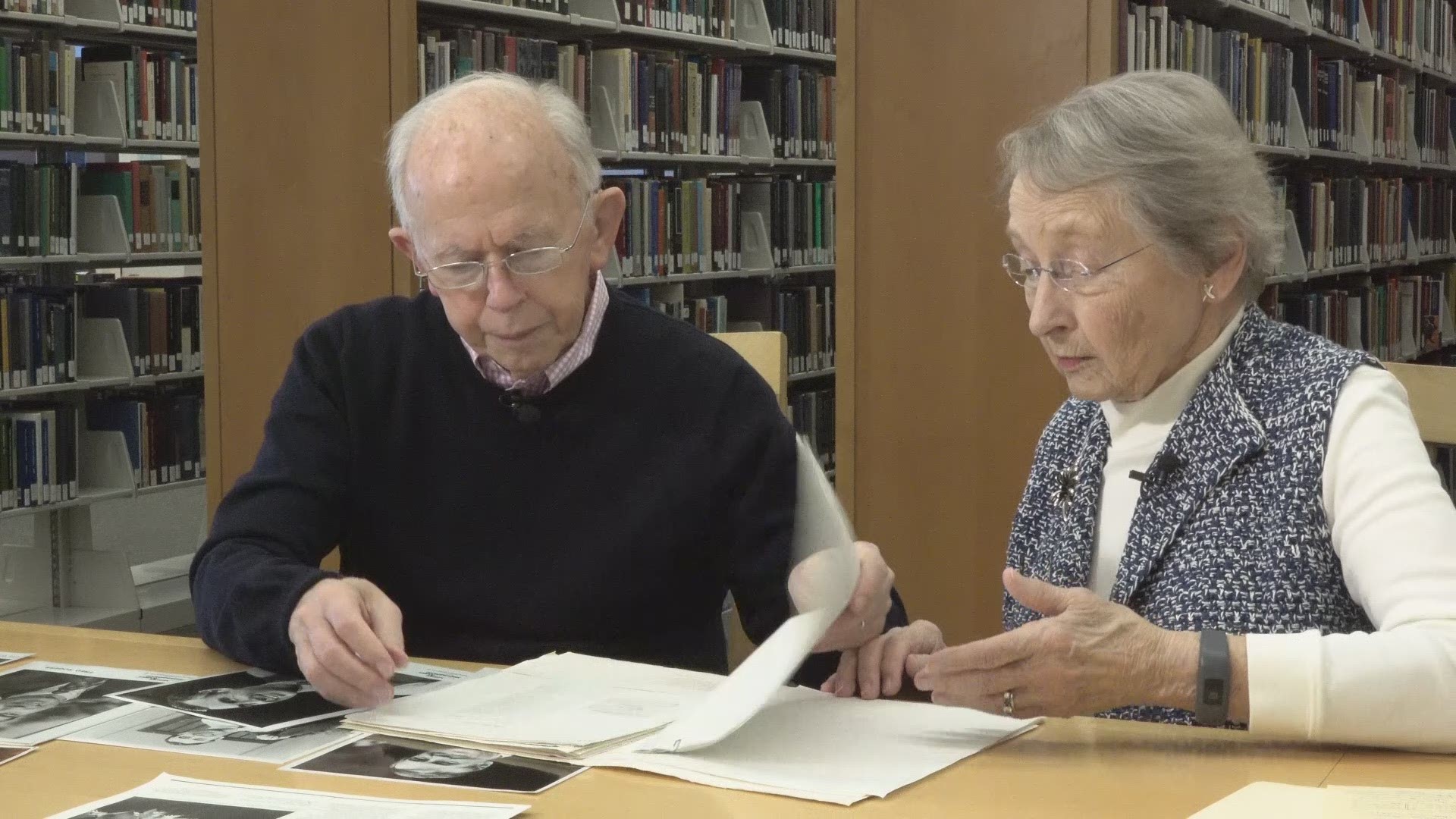 MCMINNVILLE, Ore. — For 33 years, Fred Rogers walked into our living rooms, down the stairs, put on his sweater and changed his shoes during his half-hour special on PBS Mister Rogers' Neighborhood.

The show was marketed toward preschoolers but appropriate for all ages. The soft-spoken TV host used his platform to teach acceptance, to love your neighbor and listen to your children.

In 1982 at Linfield College, a small liberal arts college in McMinnville, staff submitted their choices for honorary degrees. Two professors, one of elementary education and the other of accounting, chose Fred Rogers.

A committee voted on the choices and Rogers was the unanimous winner. It helped that a senior student on the committee was very vocal about the choice.

"For this senior student to be so outgoing and so insistent, this was the right kind of person to recognize," Charlie Walker said. Walker served as Linfield College's president from 1975-1992 before retiring.

Walker was given the go-ahead by the board of trustees to invite Rogers to the ceremony. So, he wrote the TV host a letter and sent it to Pittsburgh.

"It said, 'We'd like to recognize you for the outstanding work that has gone on in Mister Rogers' Neighborhood and the impact that's had on millions of children,'" Walker said.

Except the letter never made it. It was sent to the wrong address and was returned to the school.

The letter was sent out again. This time it was received and Rodgers accepted.

In a letter dated April 28, 1982, a representative from Family Communications Inc., wrote back saying, "Fred Rogers has asked me to let you know that he would be honored to accept a degree from Linfield College."

"I felt pleased. This was good that he was going to travel the whole way out here to get this degree," Walker said.

Rogers flew out to Portland and was picked up by a staff member at the airport and driven to McMinnville. He stayed at the Safari Motel, now the McMinnville Inn.

Rogers liked his morning swim, so Sunday morning before the ceremony the school rented out the McMinnville swimming pool. It cost the school $20 for a one-hour rental.

RELATED: Photos of Tom Hanks as Mister Rogers will have you doing double take

The Walkers invited him over to the house for a luncheon with some of the members of the board. Cherie Walker, Charlie's wife, had made a bacon quiche. But there was a problem.

"I found out late that he was vegetarian," Cherie said, "So I quickly made another quiche."

Quickly scrambling some eggs and cream with a bag of mixed vegetables, she pulled it off. Seeing the TV host of a show that she had watched with her children in her house left her speechless.

"I just admired him and cared for him so much. I didn't know what to say to him. So I observed. I was just overwhelmed, really," Cherie said.

They also noticed that he had a cold, but said he tried to hide it.

"He got a phone call from Pittsburgh from his wife during lunch and she told him," Charlie said. Cherie chimed in, "She wanted to be sure he had taken his medicine. That tickled me. I thought this very famous, capable man and his wife's calling him to ask him did he take his medicine. It was nice."

After the luncheon, the Walkers and Rogers made their way to the college and gathered in the gymnasium. The students walked out first, followed by staff and finally the Walkers, Rogers and others that would sit on the stage.

"As we got up on the stage," Charlie Walker said, "The seniors all stood up in mass. I wondered what's this all about and they began to sing, 'It's a beautiful day in the neighborhood,' which was his song from his program and as soon as they finished singing, without a moment of hesitation, he went right to the microphone and looked at them and said, 'It really is a beautiful day in our neighborhood here.' It was a nice kind of exchange."

Three-hundred seniors graduated from Linfield College that year. When Rogers stood up to accept his honorary degree, he was asked to share something that was very important to him.

"It was clearly about the importance of an individual human being, regardless of who that human being was, regardless of the circumstance, regardless of anything other than the fact it was a worthy person. I think it was just something that characterized how he saw things," Walker said.

Rogers stayed after the ceremony and shook hands, greeted and listened to every student that came up to him to say hi. Walker said that made him stand out from previous honorees.

Walker sent Rogers a note of thanks. Fred Rogers was known for always writing his fans back and Walker's note was no different. Fred Rogers wrote him back in blue pen on his own personalized letterhead.

"Dear Charles Walker," the letter read, "The gift flew with me from Portland to Los Angeles to Dallas and home to Pittsburgh. Now in our hallway and admired by all who arrive in our home. I'm deeply touched by your wanting to give us this treasure." Then he signed it, "Best to you Cherie and all, Gratefully Fred."

He followed that with another note.

"I wish I could've been in the audience to hear. In fact, I think so often of you all in McMinnville. I feel as though part of me stayed there," it read in part, and once again personally signed, "Best to you as ever, Fred."

Fred Rogers retired from from his show in 2001. He was diagnosed with stomach cancer in October of 2002 and passed away with his wife Joanne by his side on Feb. 27, 2003.

His memory and legacy will live on forever in the hearts and minds of every child, teenager and adult that ever watched his show.

"He was just a loving human being and that showed to anyone whoever saw his program on television. It's just obvious," Walker said.

RELATED: Tom Hanks brings Mr. Rogers to life in first trailer for 'A Beautiful Day in the Neighborhood'