Governor Brown said she had plans to hold the largest Memorial Day ceremony in state history before the COVID-19 pandemic hit. 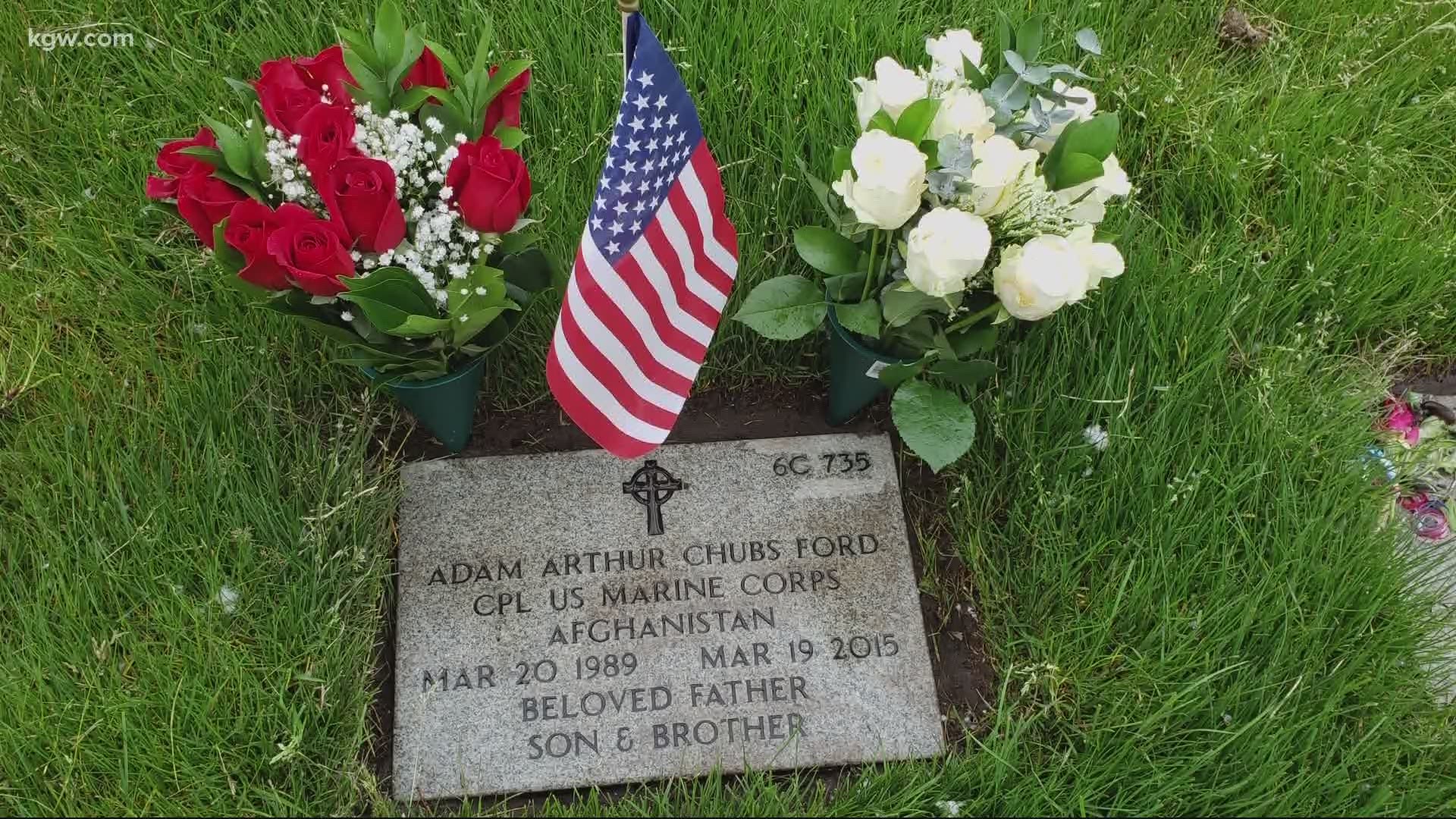 PORTLAND, Ore. — This Memorial Day didn’t go the way Oregon Governor Kate Brown had originally planned. She said in a recorded message that because this is the 75th anniversary of the end of World War II, Oregon planned to hold its largest Memorial Day ceremony ever.

Because of the pandemic, that didn’t happen, and many communities chose to hold virtual ceremonies to mark the holiday.

Oregon City held a virtual ceremony to make sure they honored fallen veterans and other heroes. The event had an honor guard to lay a wreath and a 21-gun salute.

The Oregon Department of Veteran Affairs held what it called a virtual statewide Memorial Day ceremony. State and national leaders recorded messages for the ceremony.

At Willamette Valley National Cemetery, there was no formal event on Monday, but people did go to pay their respects. One of those was Maria Cochran. Her son Adam served in the Marines and is buried there. She placed flowers at his grave.

“I miss him very much and I’m so proud for everything he did” said Cochran.