Changemakers: Meet the Portland recyclers tackling so much more than trash

City of Roses Disposal and Recycling wants you to "divert your wasteful thinking." Here's how that shift can help local communities of color. 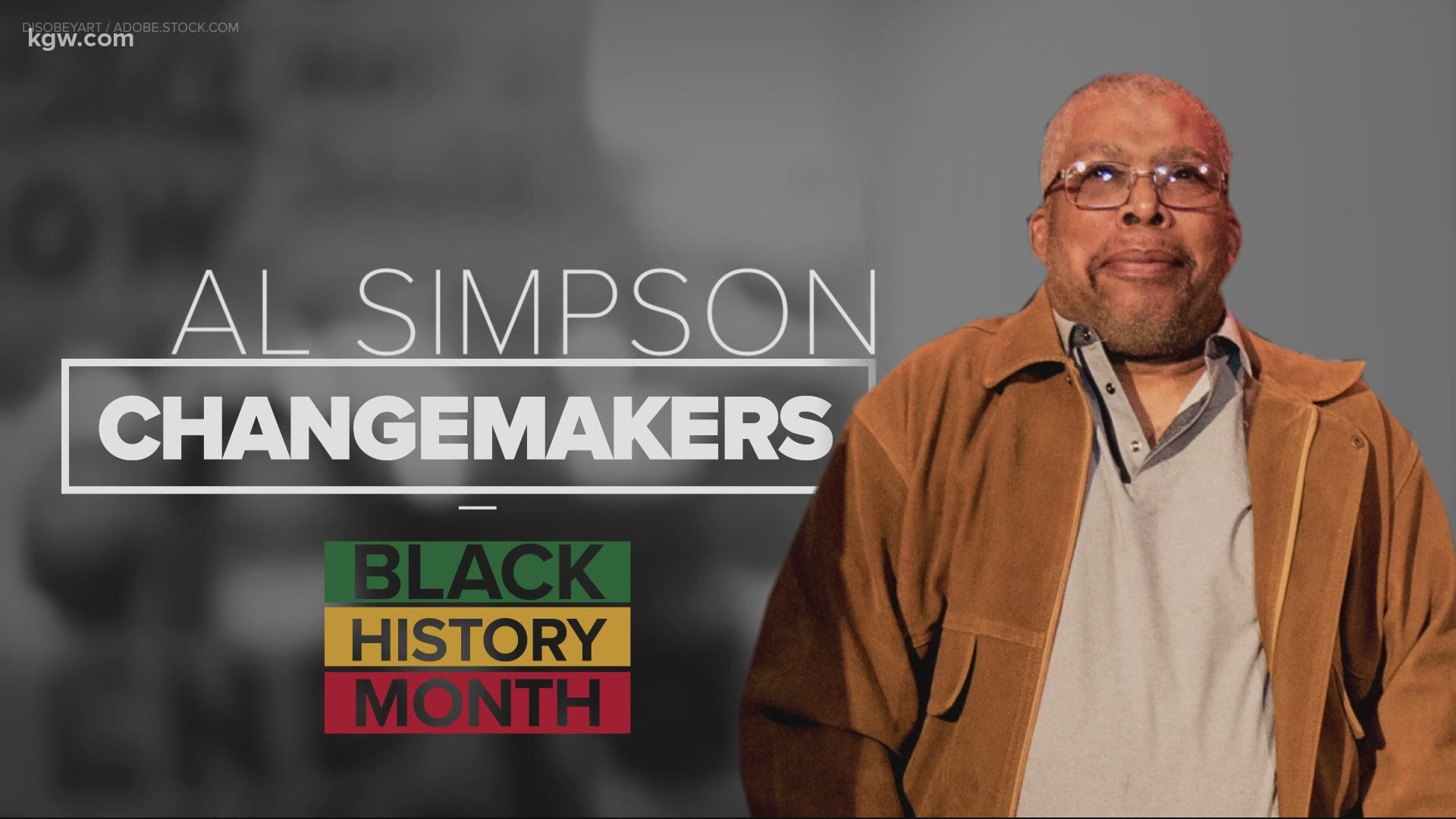 The Simpson family certainly fits the bill. Al, Alando and A.J. own and operate City of Roses Disposal and Recycling in Northeast Portland.

Al is the patriarch. He started the business 25 years ago with one truck and a dream. "I never knew it would be this big," he said.

It is a major operation covering more than 11 acres right off Northeast 138th Avenue and Sandy Boulevard. It has one north star — use its success to pay it forward. City of Roses says it's the country’s first, entirely Black-owned waste management company.

Al made a lot of sacrifices to get where he is today. His sons didn't see him a lot when they were growing up.

"I think back to my childhood and I do not know when he slept," A.J. said. "It was unbelievable."

Al didn’t sleep much because he had two jobs. He took out a second mortgage to buy his very first truck and start his hauling business. That was his side hustle. But he also worked full time for the city of Portland in maintenance. And back in the day, he didn't see a lot of people who looked like him.

And Al did change things.

City of Roses is also a Certified B Corporation. That means it pledges to balance purpose with profit and consider how its decisions impact workers, customers, and the community.

"As we grow,  the No. 1 emphasis is growing our people with us," Alando said. "One employee in particular started on the sorting floor at pretty much close to minimum wage and now this person is just buying their first house soon. It's really providing those economic pathways for folks of color from underserved populations to be able to be financially independent through building wealth by becoming homeowners. And the only way we can foster that is by providing living wage jobs here."

City of Roses says it wants to "disrupt" the waste management industry by transforming what the public thinks of as disposable.

"We are inspiring people to look at waste as an actual resource in society," Alando said. "I want others to also look at people in underserved populations of color as assets and resources to a local economy and not just the discards being concentrated in impoverished conditions."

Right now, the company is in the process of re-branding itself. It's shortening City of Roses with the acronym, COR.

"That way, we can do more than just trash," A.J. said. "Whether that be camps for youth or some sort of nonprofit, it can branch out in so many different ways. We moved to this bigger building and we have a large room downstairs and we're going to turn that into a learning center, especially being here in Parkrose. If we can create that as some sort of hub for youth to come and see people of color running a business, whatever we can do to incorporate our community to help further those goals is the ultimate."

Alando agreed, saying Black men in America aren't depicted as viable when it comes to economic opportunities and independence.

"Especially as it pertains to being business owners. Most black males that are in leadership positions are typically entertainers and athletes or politicians," Alando said. "I think it's a disservice to our next generation not to see the opportunities to be business owners and entrepreneurs to help uplift and support their actual communities."

"It's the same thing with my father. He may have been overlooked and had to go through the hardest trenches in order to become an independent business owner, but had somebody picked him up very early in his life and invested in him, and supported him, and gave him the infrastructure and tools to be an entrepreneur very early, who knows," Alando said. "He could have been Waste Management. And it still doesn't mean that's not possible as we continue to evolve generation after generation. It just means that no matter what, our local community definitely needs to focus on looking in its backyard for its valuable gems, in terms of human capital, before we start looking" outside our city and region.

"We just want to encourage people to divert their wasteful thinking," he said.

And that is the true legacy of a changemaker.

Al, Alando and A.J. Simpson — we salute you!