'It's like a magnetic pull to him': Man with disabilities inspires coworkers, earns company’s top award

Alex Howard landed a job at Parr Lumber through UCP Oregon and the company gained more than a temporary employee. 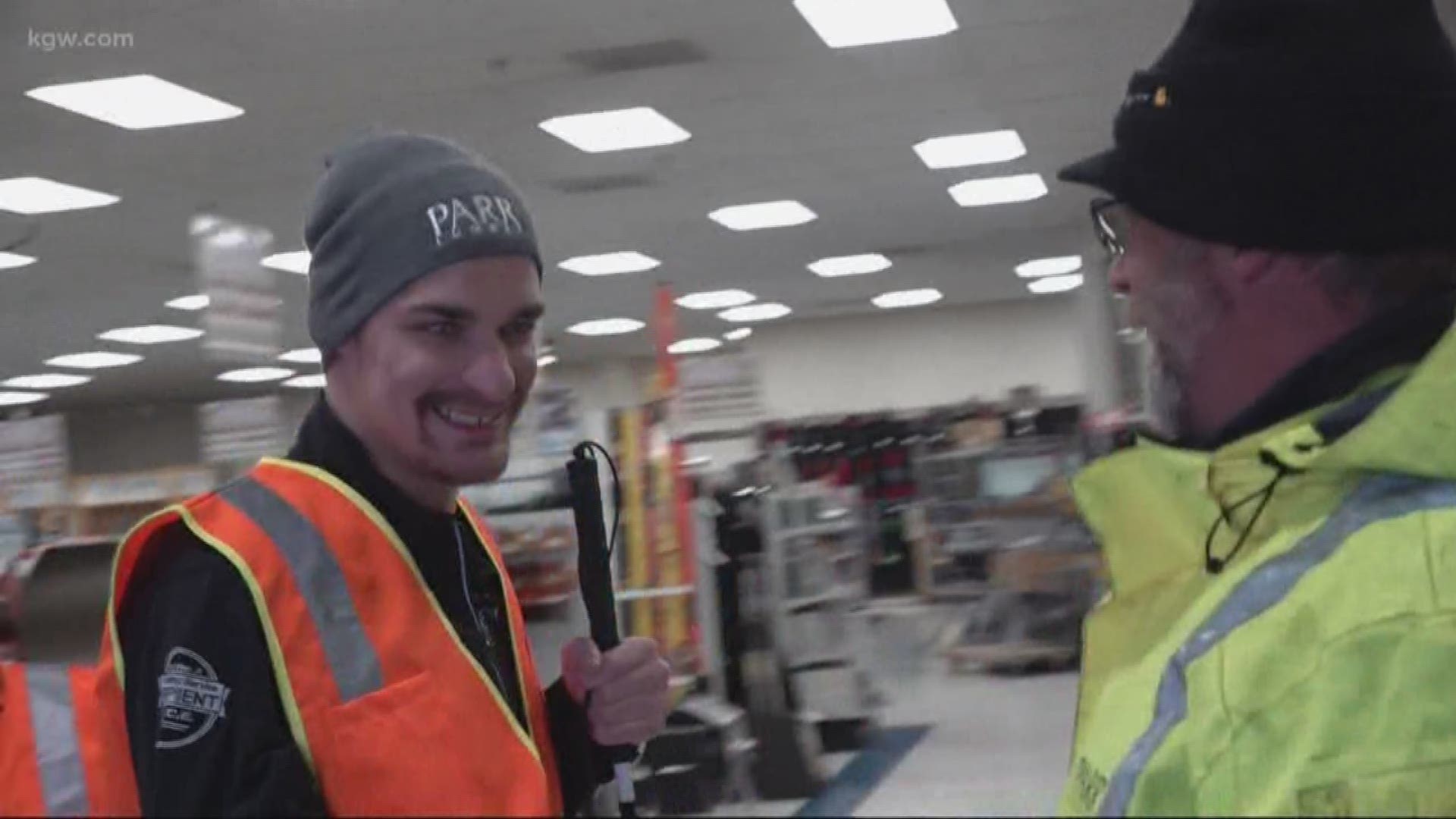 HILLSBORO, Ore. — There was a celebration Tuesday at a local lumber company for a young man who faces some unique challenges.

Visiting your old boss doesn't always bring many smiles or warmth, but when 18-year-old Alex came back to Parr Lumber, he could barely make it two feet without being stopped for a hug and high five.

He hasn't worked at the Hillsboro company for months, but it was just like old times on Tuesday.

“He has that ability and personality to just kind of…it's like a magnetic pull to him,” manager Brent Pound said. “People take notice of that and want to be a part of Alex's world.”

Alex has a genetic disorder called Fragile X syndrome. It makes it hard for him to learn and communicate. He is also partially blind, but none of that has stopped him from going after what he wants.

“Alex is just an amazing guy. He has significant challenges, but he is so resilient, and he just overcomes them with his personality, with his enthusiasm and he is one of the hardest workers I know,” said Julie Guzman,  Alex’s employment specialist .

Their program pairs people like Alex with jobs based on their interests and needs.

“Work is so much more than a paycheck. It's the ability to be socially active, to meet new people, to build friendships, to grow,” Guzman said. “And it's so critical for everyone's life. It enriches Alex's life. It enriches the lives of the people that he's working with.”

He spent months with the team stocking shelves, loading lumber, and inspiring his coworkers.

“I don't know who gained more from the experience, my guys or Alex, or myself,” said West Metro district manager Chris Hansen. “It was just completely a good experience all around.”

On Tuesday, Parr employees gave Alex their highest honor, the F.A.C.E. Value award, given only to exceptional employees.

The honor includes an embroidered sweatshirt, but at Parr Lumber the meaning behind it is much more than a piece of clothing.

“This is a big deal for a Parr guy. If a Parr guy earns this sweatshirt, he's really done something right because you can only get these from your fellow peers. This is not a manager down to an employee thing.This is your peer to peer recognition,” Hansen said.

Alex started at Parr Lumber as a coworker, but he left as a friend.

This was a temporary job for Alex, but he is already gearing up for his next gig through UCP.

As for Parr Lumber, Hansen said he wants to participate in their employment program again.

UCP offers an array of services to people with disabilities and their families. Click here for more