'It was our life': Alpenrose Dairy memorabilia sold off at auction

The public got a chance to bid on everything from a vintage dairy delivery truck to a stage coach from the Portland landmark. 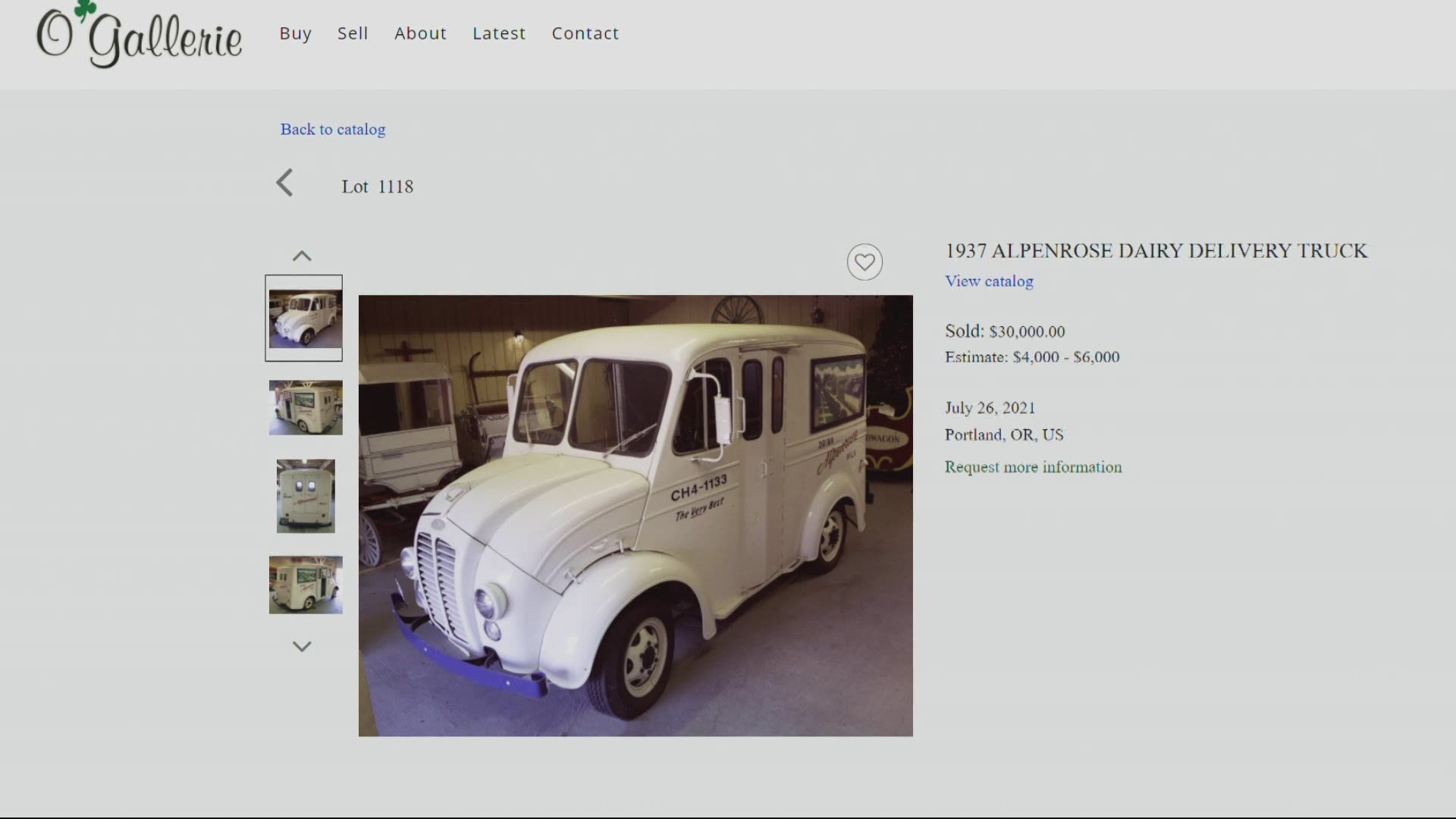 PORTLAND, Ore. — The name Alpenrose Dairy takes many people back to their childhood, evoking memories of Little League, Dairyville and Storybook Lane.

The SW Portland landmark was sold in 2019, but on Monday, the public got a chance to bid on pieces of memorabilia.

In the Dairyville Special Session Auction, O’Gallerie in NE Portland sold off 300 items that once helped make Alpenrose Dairy special to so many people.

“It was our life!” said auction attendee Kathy Howard, who lived near the dairy. “Growing up, that's what we did. That whole neighborhood grew up with Alpenrose."

Howard and her sister, Jean Howard, still have pictures of when they took part in the dairy's pageants.

“One year I got to ride one of the Alpenrose ponies,” recalled Jean.

The Howard sisters couldn't resist coming to the auction for a chance to bid on everything from vintage signs and theater seats to a stagecoach wagon and calliope. Bidding for some items began at $50.

“That's all I care about, is one piece,” said Kathy Howard. “That's what I said when we came—I don't care what it is.”

One of the auction's biggest ticket items was a 1937 dairy delivery truck.

“It's an interesting piece because you stand up and drive, there's no seat,” said O’Gallerie auctioneer, Phil Chachka. “There's no seatbelts or anything—it's hard to imagine driving something like that today!”

Someone could imagine driving it and placed the winning bid of $30,000 for the truck.

It's all part of the fun, but if you ask Kathy Howard, nothing she could win at auction is more valuable than the memories from Alpenrose that she has in her heart.