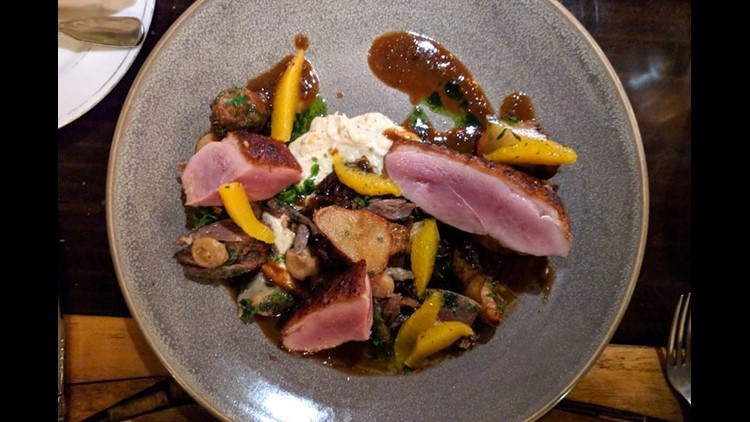 Portland's 5 best spots to indulge your appetite for French food

Looking to satisfy your appetite for French fare?

Hoodline crunched the numbers to find the best high-end French restaurants around Portland, using both Yelp data and our own secret sauce to produce a ranked list of the best spots to satisfy your cravings.

Topping the list is Le Pigeon. Located at 738 East Burnside Street in Buckman, the French and New American spot is the most popular high-end French restaurant in Portland, boasting 4.5 stars out of 1,185 reviews on Yelp. Dine on grilled octopus, foie gras, lasagna or try the chef's tasting menu, which has five or seven courses and optional wine pairings.

Next up is downtown's Little Bird Bistro, situated at 215 Southwest Sixth Avenue. With four stars out of 1,218 reviews on Yelp, the French spot has proven to be a local favorite for those looking to indulge. Charcuterie, smoked salmon spaghetti, seared duck breast, oysters and more are on the menu at this bistro.

Concordia's Beast, located at 5425 Northeast 30th Avenue, is another top choice, with Yelpers giving the fancy French and New American spot four stars out of 551 reviews. Come by for a three-course brunch, a six-course dinner or four-course menu with vegetarian options.

Paley's Place, a wine bar and French spot in Northwest, is another pricey go-to, with four stars out of 516 Yelp reviews. Head over to 1204 Northwest 21st Avenue to see for yourself. Razor clams, crispy sweetbreads, braised greens and more dishes are served up here.

Downtown, check out Higgins Restaurant, which has earned four stars out of 513 reviews on Yelp. Treat yourself at the French and New American spot by heading over to 1239 Southwest Broadway. Rigatoni, seafood stew and Dungeness crab are some of the menu items.

This story was created automatically using local business data, then reviewed and augmented by an editor. Click here for more about what we're doing. Got thoughts? Go here to share your feedback.