Washington County residents turn out for Fourth of July fireworks

The sold-out Hillsboro Hops game at Ron Tonkin Field in Hillsboro was one of the few places people could still see fireworks. 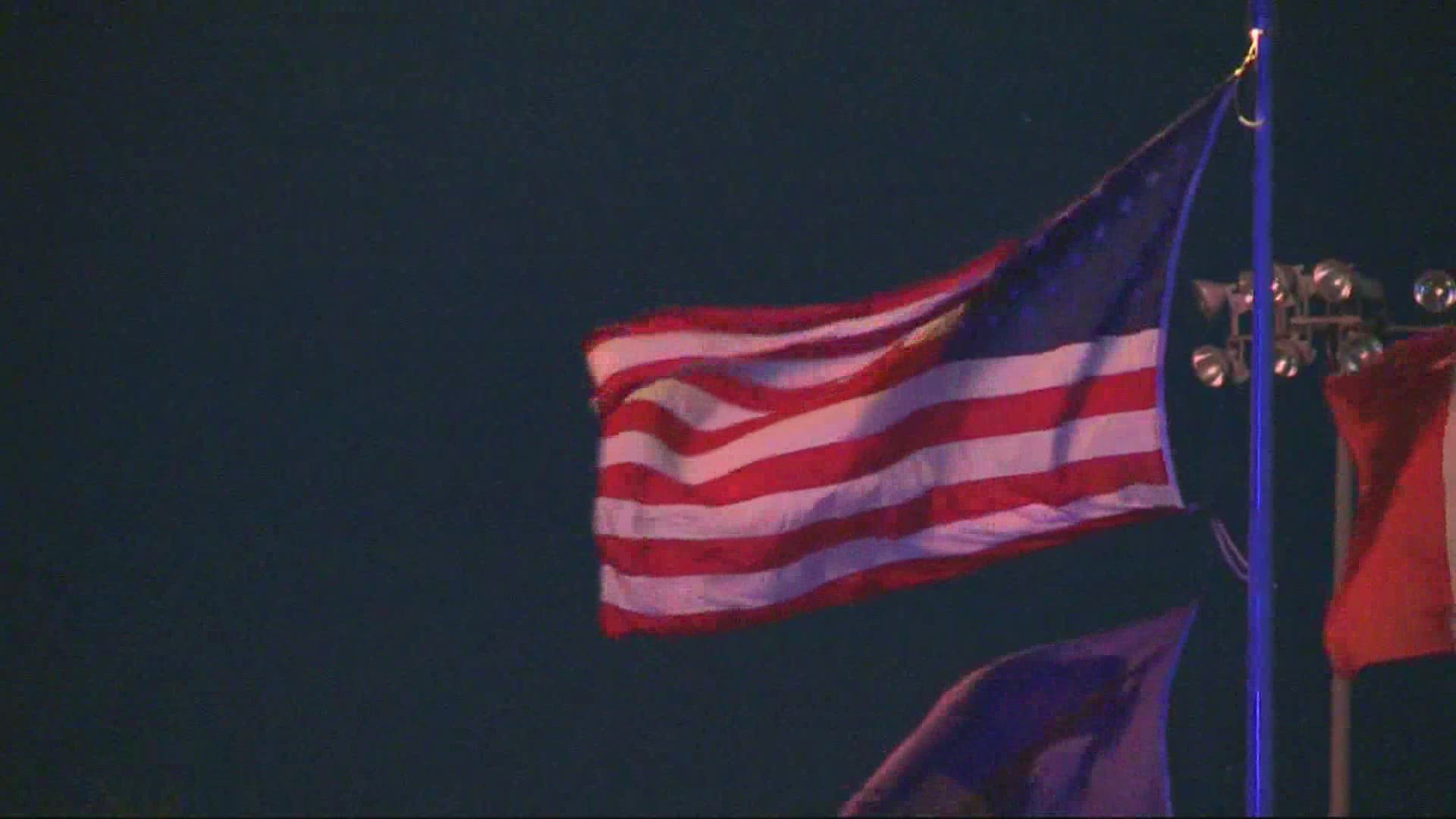 HILLSBORO, Ore. — The Fourth of July looked different again this year, but not because of COVID-19. Oregon is fully reopen but wildfire risk is so high a lot of counties and cities banned fireworks, while others went on with their fireworks shows as planned.

Friends and families in Beaverton enjoyed a community Fourth of July celebration at the Oaks Hill Recreation Center.

Being in a crowd was a big change from Alejandro Perez’ small family celebration last year. Another change for the family this 4th of July: no fireworks.

"Well, mainly because of the fire hazard and the heat but we’re happy to enjoy Independence Day another way," Perez said.

The city of Beaverton did not ban fireworks but urged people to limit their use and be safe.

Tualatin Valley Fire and Rescue captain Tim Nokes said keeping it safe means having a bucket of water nearby. A lot of the fires they see are caused by improperly disposed fireworks, Nokes said.

Over in Hillsboro, thousands opted for a Fourth of July baseball game at Ron Tonkin Field. The sold-out Hillsboro Hops game was one of the few places people could still catch fireworks this year.

Patrick and his family were excited for the game but especially for the fireworks. They came from Newberg, where fireworks are banned through July 9.

"The fire danger is just too high and everything, it’s just so dry, so we wanted to be in a place where we’re watching pros do it safely, so we could all enjoy the Fourth of July," he said. "And what could be more American than baseball, hotdogs and fireworks?"