Stories of Thanks: Wash. family grateful for their healthy premature twins after 15 weeks in hospital

Jim and Joanna Hall have plenty to be thankful for this year after their twins, Riggs and Charlotte, were born 15 weeks prematurely. 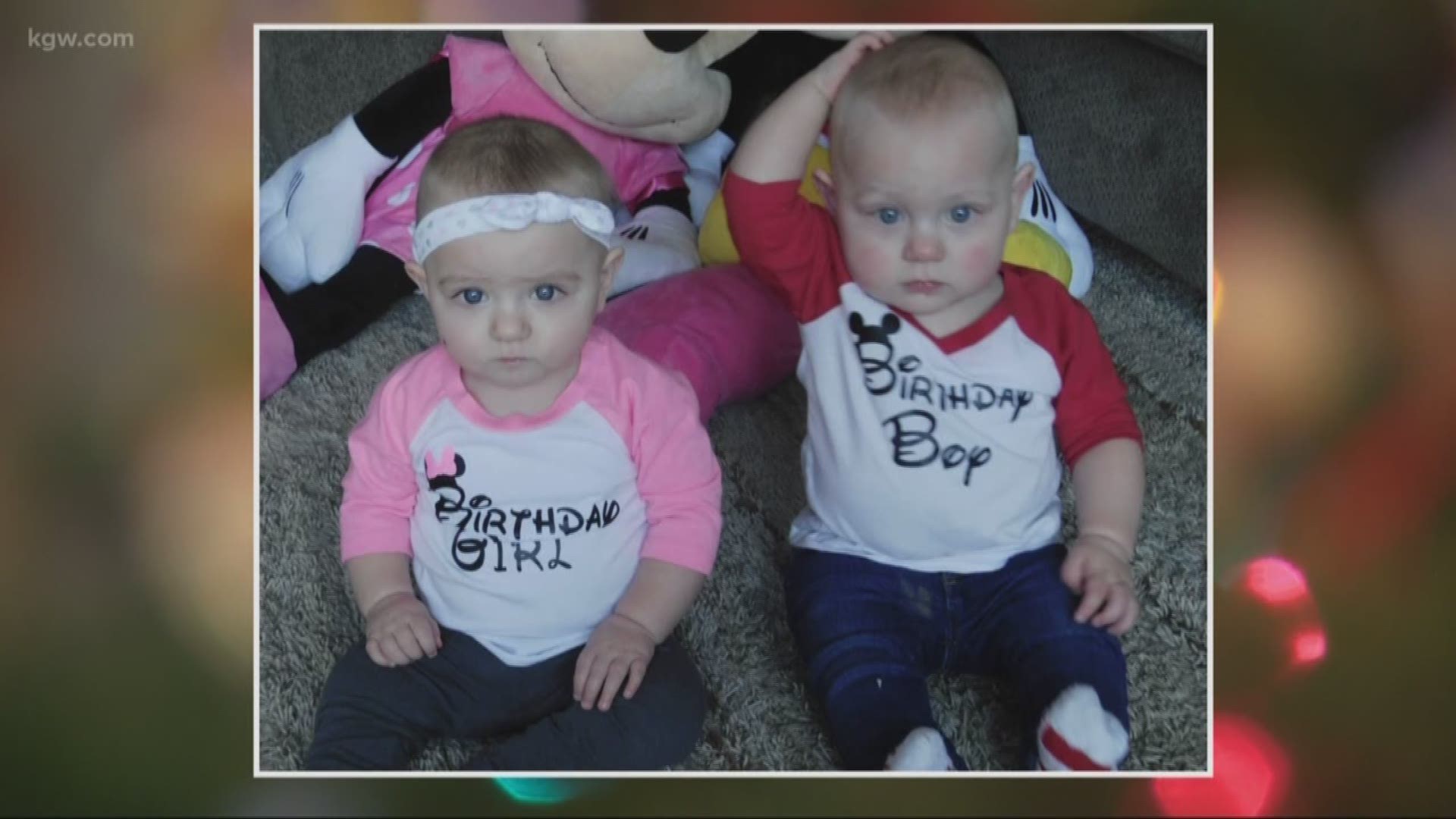 LONGVIEW, Wash. — Jim and Joanna Hall had tried to get pregnant, but weren't having any luck. After years of trying, they turned to IVF treatments and those did the trick.

"It worked the first time." Joanna said doctors had two viable eggs to work with. "They both stuck, here they are."

Riggs and Charlotte are 14 months old, full of energy, independence and personality, but their entrance into the world came sooner than expected.

"Then one day, they were just ready to be born at 25 weeks."

Joanna says her pregnancy was going pretty easy until October 26, 2018. She started experiencing contractions and then two days later her water broke.

"I was terrified, first off terrified to have twins, but terrified that they were born so little, so early."

At 25 weeks, a baby's lungs and heart aren't fully developed yet. Riggs and Charlotte's eyes wouldn't open for a few weeks and at birth weighed less than 2 pounds.

RELATED: Oregon man with Down syndrome, autism reunites with firefighters who rescued him

"For weeks we just didn't know what to expect the next day often times," Joanna said.

Born 3 days before Halloween, the family would spend the next 4 holidays in the NICU at Randall Children's Hospital.

The holidays wouldn't be the same that year. No tree, minimal decorations and hours every day watching over their own special gifts hooked up to tubes and wires, resting in an incubator.

"It was kind of a somber holiday season, quiet. We tried to lift our spirits around here," Joanna said.

On January 17, the twins were released from the NICU and able to make the hour long drive home to Longview.

In October of 2019, they celebrated their first birthday and will get the chance to celebrate their first set of holidays at home this year.

"Last year this time through the holiday season," Joanna says, "We didn't know what to expect. . . at this point last year, we were just really thankful that they were still alive and they were doing well."

This year the Halls have plenty to be thankful for, with a tree, decorations and their own gifts that are now 14 months old and over 20 pounds.