A Springfield boy's parents weren't sure he'd make it to Christmas. But thanks to support from all over the world, he's doing better than he has in 18 months. 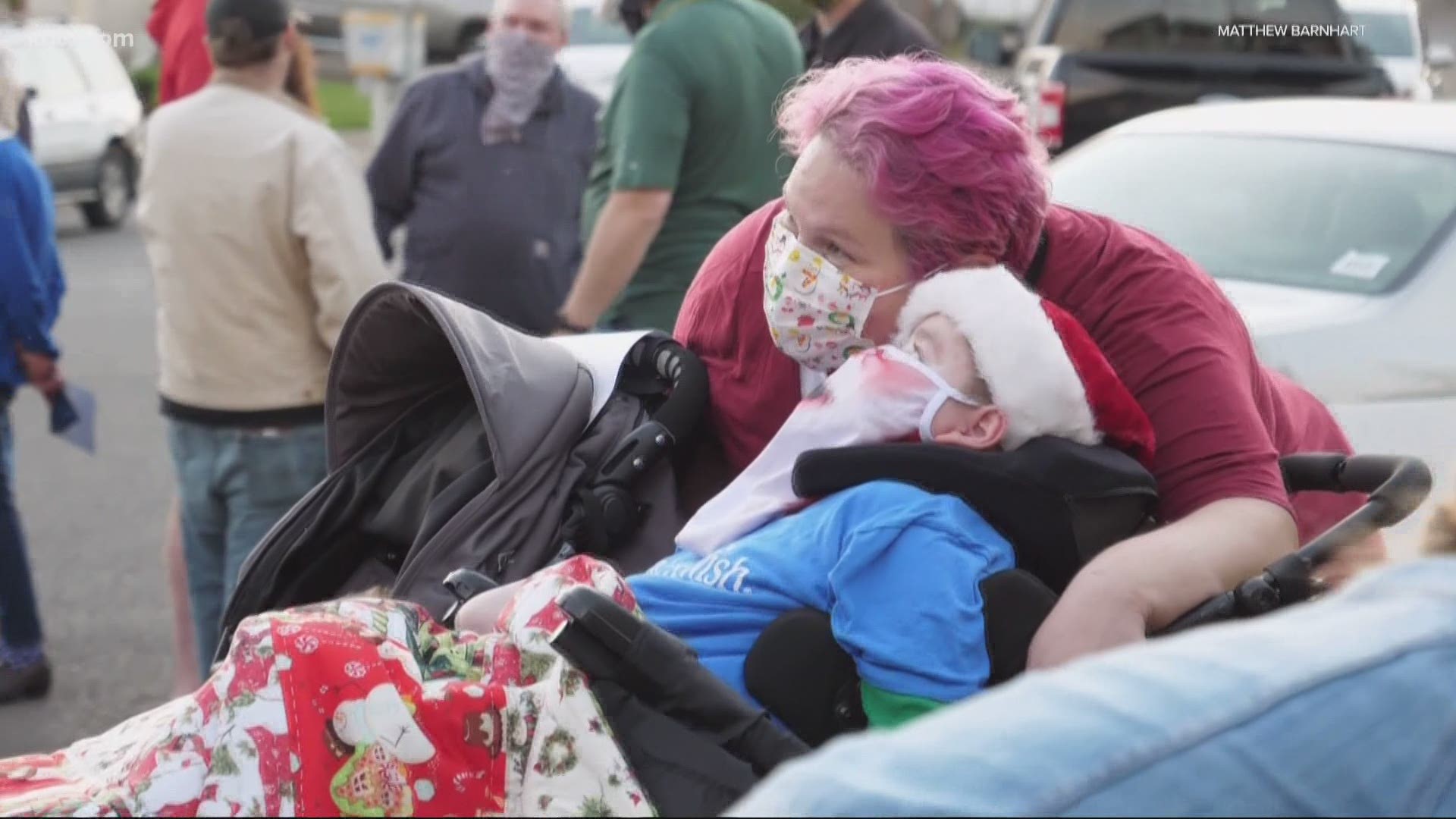 SPRINGFIELD, Oregon — Nine-year old Austin has a nervous system disorder and his parents weren’t sure he would make it to Christmas this year.  But he defied the odds and celebrated Christmas with his family in Springfield.

Neighbors put up Christmas lights, a snow machine was brought in and Santa arrived on a Springfield fire truck.

At the time, Bonnie asked people to send Christmas cards. The response has been amazing.

“To date, Austin has received over 1,400 Christmas cards,” his mom said.  He got at least one from every state and cards from as far away as Germany and Australia.

She believes all the cards and well wishes have made a big difference in her son’s life.

“He’s doing really, really good," she said. " As a mater of fact, he’s doing the best he’s done in 18 months and I give full credit to everybody sending him cards and praying for him.  It’s a true Christmas miracle."