The cheeky note on the roll of toilet paper says, ‘we hope your day isn’t too crappy! We know being out is a risk and we appreciate you!’ 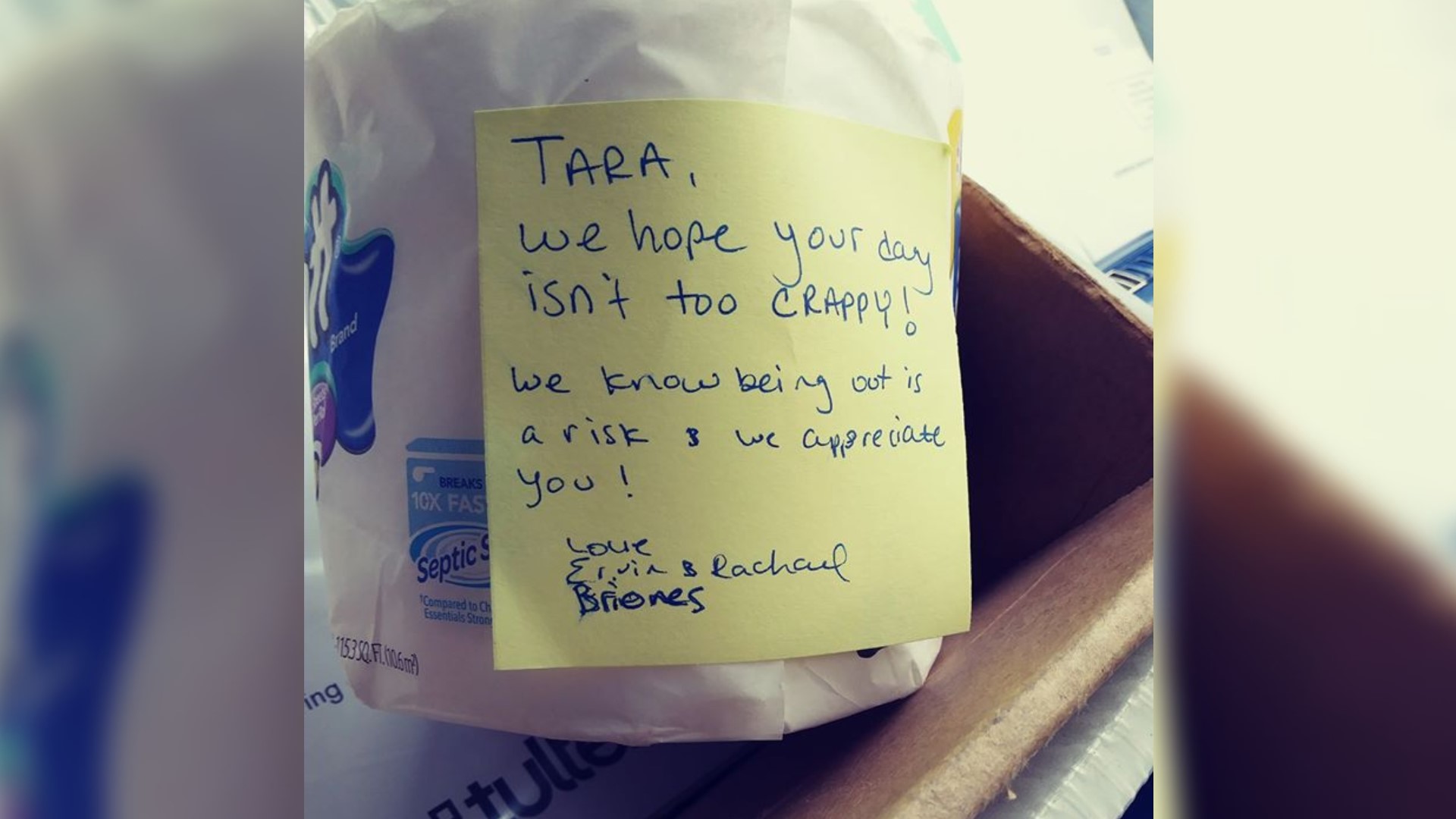 MACON, Ga. — Tara Darragh says after working with the U.S. Postal Service for over 20 years, customers sometimes give her notes or other tokens of appreciation.

But, one message she received on Monday was given to her a little differently than usual.

“Every now and then you get a little note in a box, or a drink or snack, Darragh said. “Or a roll of toilet paper.”

While Darragh was making deliveries, a family at a house on Ousley Place in Macon left her a heartfelt note on a roll of toilet paper.

“I immediately laughed,” she said.

The note on the roll says, 'We hope your day isn’t too crappy! We know being out is a risk and we appreciate you!’

Nationwide, they're struggling to keep items on the shelves. People have been hoarding goods like food, water and toilet paper.

On Monday, he signed an executive order making it a crime to excessively stockpile personal equipment that is needed by medical personnel.

Darragh says she hasn’t had much trouble getting the goods she needs, though she is happy to have an extra roll of toilet paper.

Before the coronavirus pandemic – Darragh says she used to have some interaction with customers.

But now, the CDC is advising that people socially distance themselves or self-quarantine.

“Now, we don’t have too many customers help with the boxes,” she said. “We see them from a distance.”

Darragh says the outbreak has also caused work to get stressful and it’s been a challenge for her to stay away from her grandchildren, so the cheeky note was a nice surprise.

“It just made me laugh and then also let me know that the customers are thinking about us and they do appreciate what we’re doing,” Darragh said.

'Whatever it takes to see my mom': Family visits relative in Fort Valley nursing home through a window

'This is not a playing matter': Perdue plant employees walk out over COVID-19 concerns