Keoni Ching made custom key chains and sold them for $5. 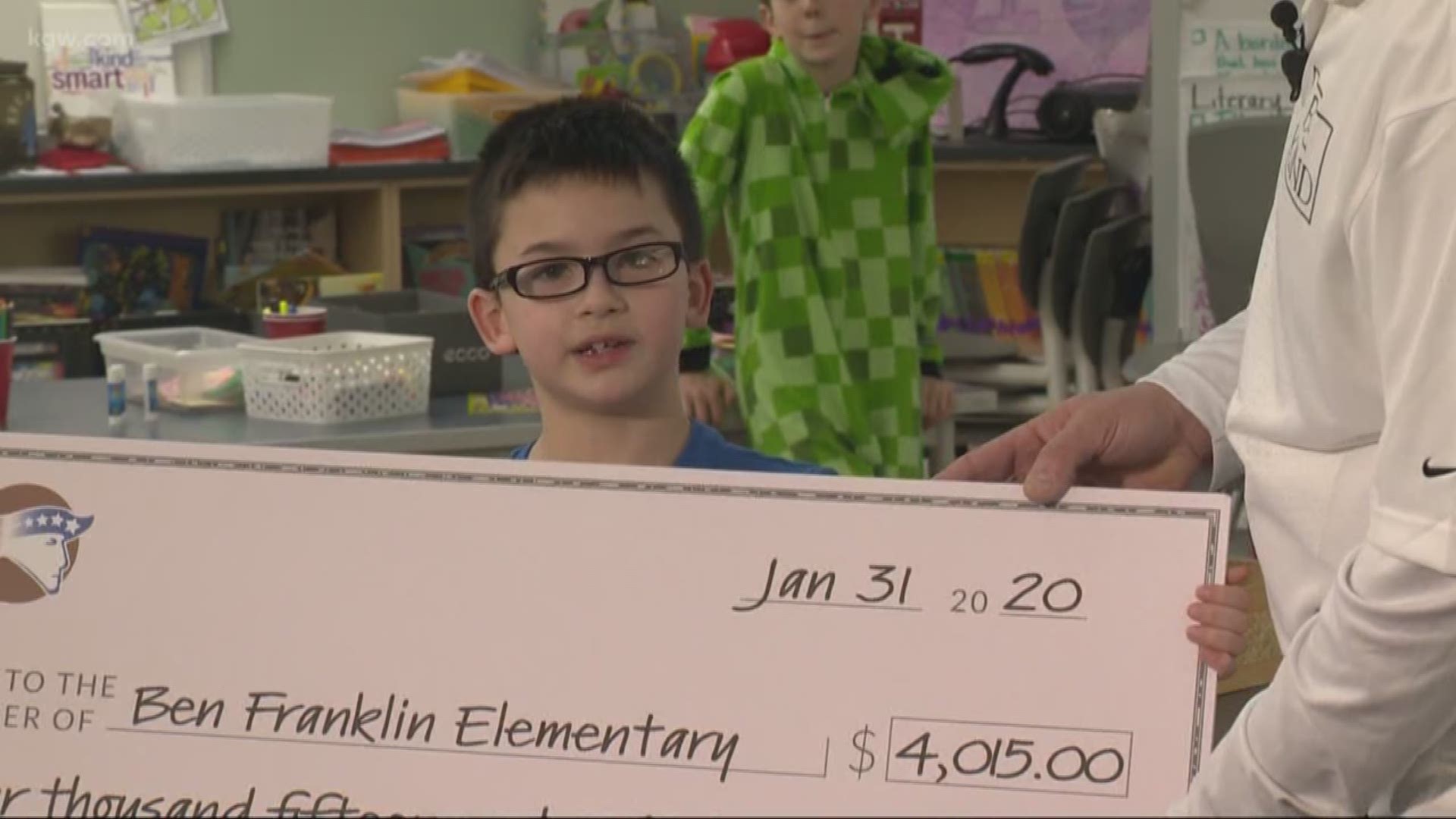 VANCOUVER, Wash. — There are 385 students enrolled at Franklin Elementary in Vancouver, but it only took one student to forgive the lunch debt of his classmates.

Keoni Ching is only 8 years old and in the second grade. For the last four years, Franklin Elementary has hosted "Kindness Week." It was started by school counselor Lisa Dimurro.

"I really wanted our kids to spread a message of kindness, I think it's really important," Dimurro said.

For this year's "Kindness Week," Keoni wanted to do something, but didn't know what. His parents read a story about how 49ers cornerback Richard Sherman had paid off the lunch debt at two schools. Keoni thought that was a great idea and ran with it. He and his parents came up with the idea to make custom bracelets and sell them for $5 a piece.

"It is really impressive feat....They see something, they get excited about it and they go for it. We are fortunate that it manifested itself this way," Franklin principal Woody Howard said. "It's been a great experience. He's one of those kids that's really introspective and is really quiet and then gets really verbal."

School lunch debt started adding up when Oregon and Washington both passed bills to stop a practice referred to as "lunch shaming." Schools can no longer give students a separate meal not provided to those paying for a school lunch. Staff can't identify or tell a student there aren't enough funds in their accounts. Doing so in Oregon would be in violation of HB 3454. In Washington, it would be in violation of HB 2610.

Schools in Oregon and Washington are hundreds of thousands of dollars in debt because of unpaid school lunches.

KGW requested the amount of debt school districts are in from multiple districts and heard back from these five:

Portland Public Schools and Gresham-Barlow School District didn't get back to us.

"We do a lot to make sure that families get connected to the resources in the community that we have available. We end up in a situation where we want to make sure that we're creating an environment where kids feel comfortable coming to school. They're not embarrassed when they're eating and they have a real successful day here." Howard said.