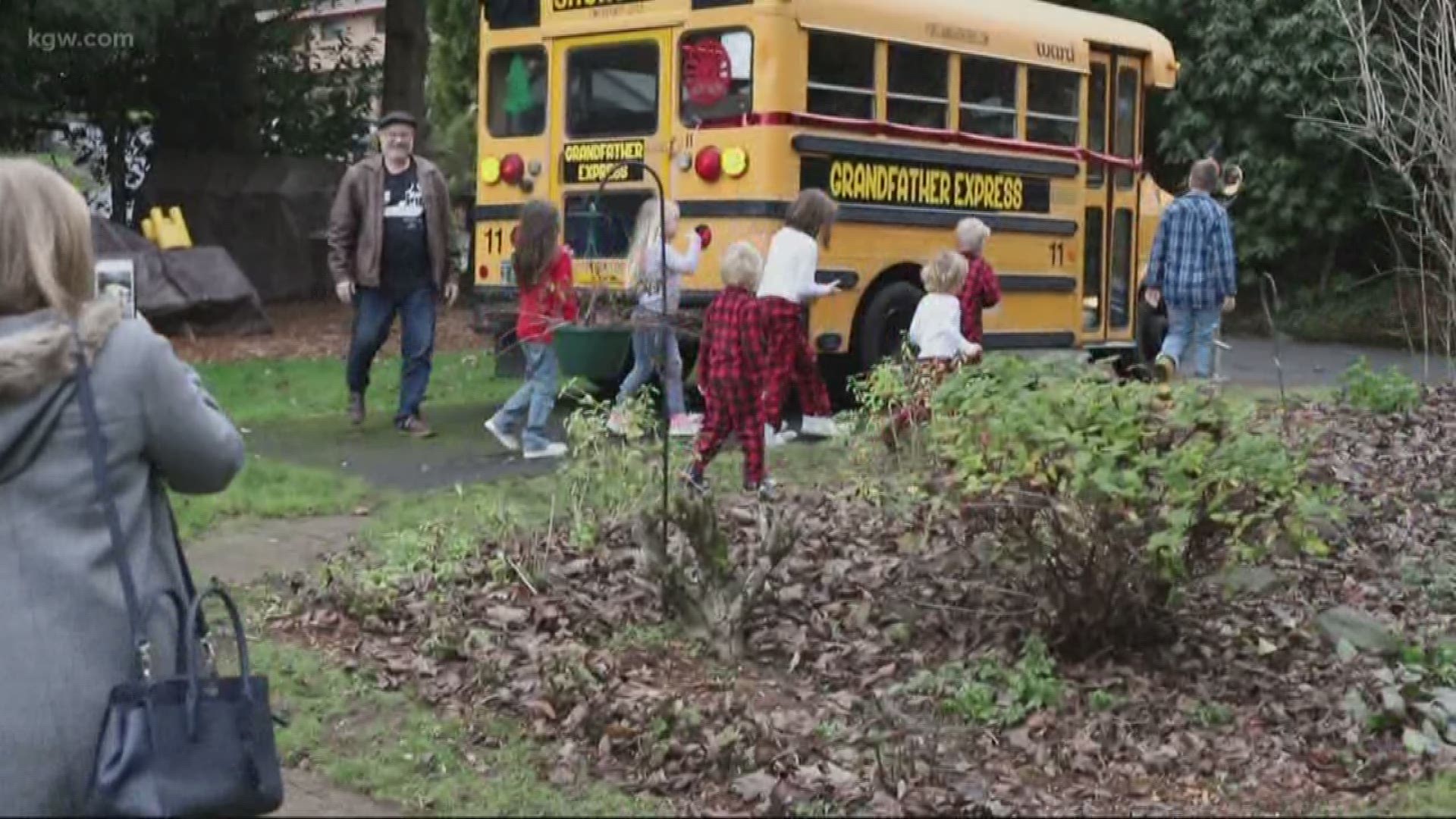 GLADSTONE, Ore. — A grandfather in Gladstone wanted to do something special for his grandkids this Christmas and his idea makes for a pretty unique gift that can be used for years to come.

“Every year we make a big deal and every week coming into Christmas, advent, every week we give them a gift,” said Doug Hayes, who is a grandfather to 10 grandchildren.

However, this year’s gift is not the kind you can fit under a tree. Instead, Hayes wanted to do something a little different.

A family member shot cellphone video as Hayes presented the grandchildren with their gift. In the video you can see the surprise on their faces and hear them ask, “Is that it? You got a bus!”

Hayes bought a bus, so he can drive the kids to school every morning.

“I thought, gee whiz, maybe there's some way that I can give them a memory that will last all their life,” Hayes explained.

Credit: KGW
Doug Hayes with his grandchildren in front of the Grandfather Express

The kids go to a small Christian school that does not have school buses, so when they saw him drive up in one, they were pretty excited.

“It was a big surprise,” one grandkid said.

“I was really stunned. I never expected him to buy a bus,” said Hayes' grandson Christian.

The bus is fittingly named “Grandfather Express.” The kids can't wait to hop on board for their first ride to school in January. They think all of their friends will be impressed and excited to see it.

“I think my friends are all going to be stunned,” Christian Hayes said.

“I think they're gonna say, 'Wow, you get to ride a bus,'” another grandkid said. “No one else does.”

Hayes hopes his unique gift will create memories they will never forget.

“Well, there is a sense of pride and excitement. I thought, who does this? This is crazy,” Hayes said. “So, we're so excited about it and it's something that we are hopeful they'll carry into their lives.”

RELATED: 'What Christmas is all about': A list of ways, ideas to help Portlanders in need during the holidays

RELATED: 'It takes a real heavy load off my back': Thousands of families hand-pick gifts through KGW Great Toy Drive