From PTSD to freedom: How one veteran regained control of his life

PORTLAND, Ore. -- For many veterans, adjusting to life after their service can be daunting. 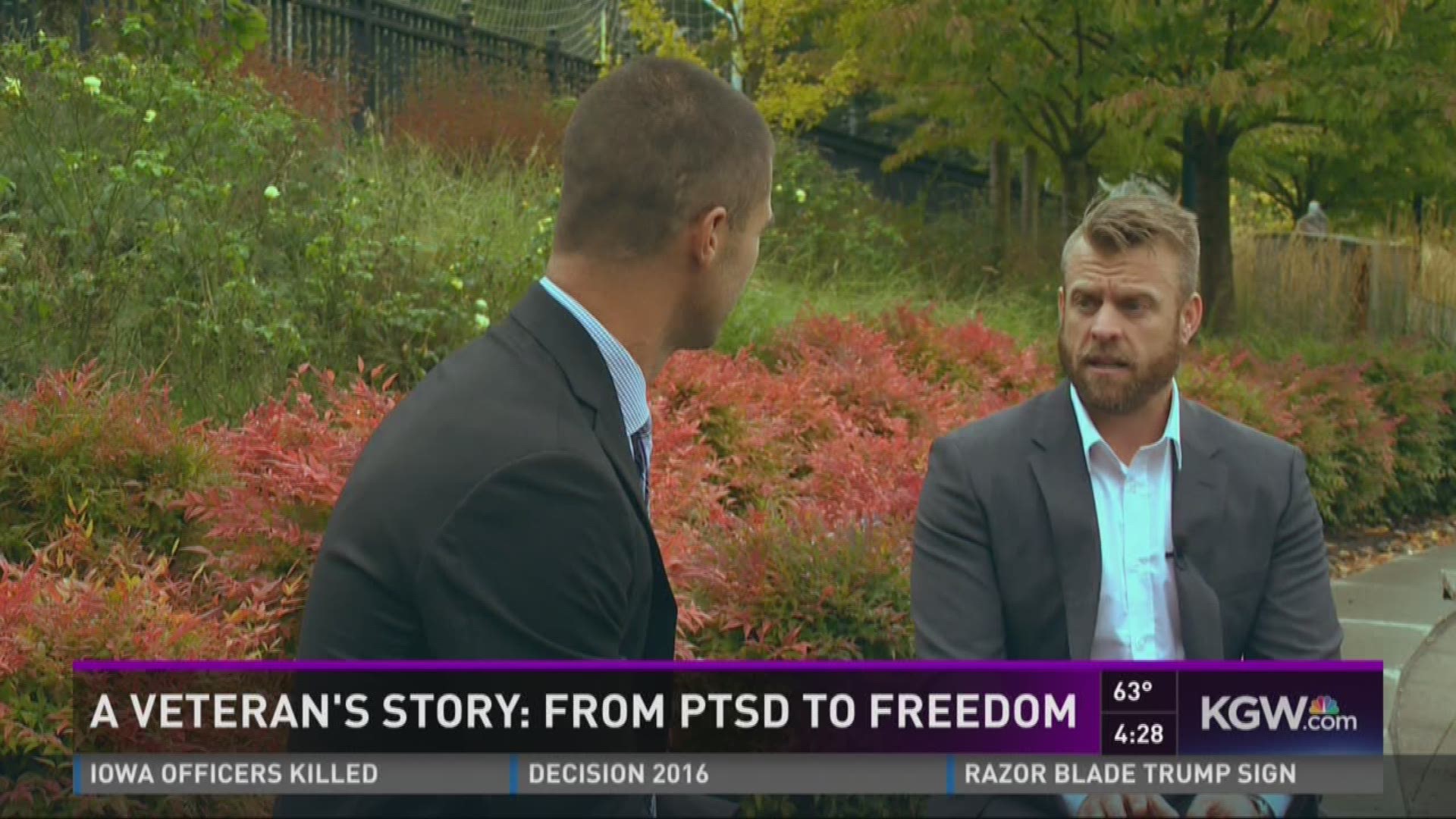 PORTLAND, Ore. -- For many veterans, adjusting to life after their service can be daunting.

The relationships they build in the service often become like family. But what happens if a member of that family violates that bond?

Mike Beason was like many high-school kids around the country. He had a few good friends but felt out of place.

Immediately after high school, Beason joined the military and found his niche. He excelled in basic training and for the first time felt like he was truly doing something he was good at.

That all changed during his first year in service after he was sexually assaulted by his commanding officer. The fear, shame and isolation that came from that experience led him down a path that resulted in him attempting to take his own life. However, the gun didn't fire and it was at that moment that he knew he was meant to be on this earth.

Beason began watching motivational You Tube videos and decided that if he was going to change his life, he was going to need to change his body. Exercise became an outlet, an escape and a vehicle to bring about change. The self confidence that came through exercise and weightlifting helped him deal with the scars in his past and gave him the idea that he could help other veterans in the same way.

Beason started the nonprofit From PTSD to Freedom. Its mission is to help veterans suffering from PTSD to develop social skills, behaviors, and attitudes through fitness.

Beason's success in the weight room has set him on the path to train for his first fitness competition. He will compete in April and no matter where he finishes, it will be a win for him.