Free baby? 70 years ago Fred Meyer had a strange giveaway for a store opening

70 years ago Fred Meyer had one of their most wacky promotions, “FREE BABY,” read an advertisement in The Oregon Journal newspaper. 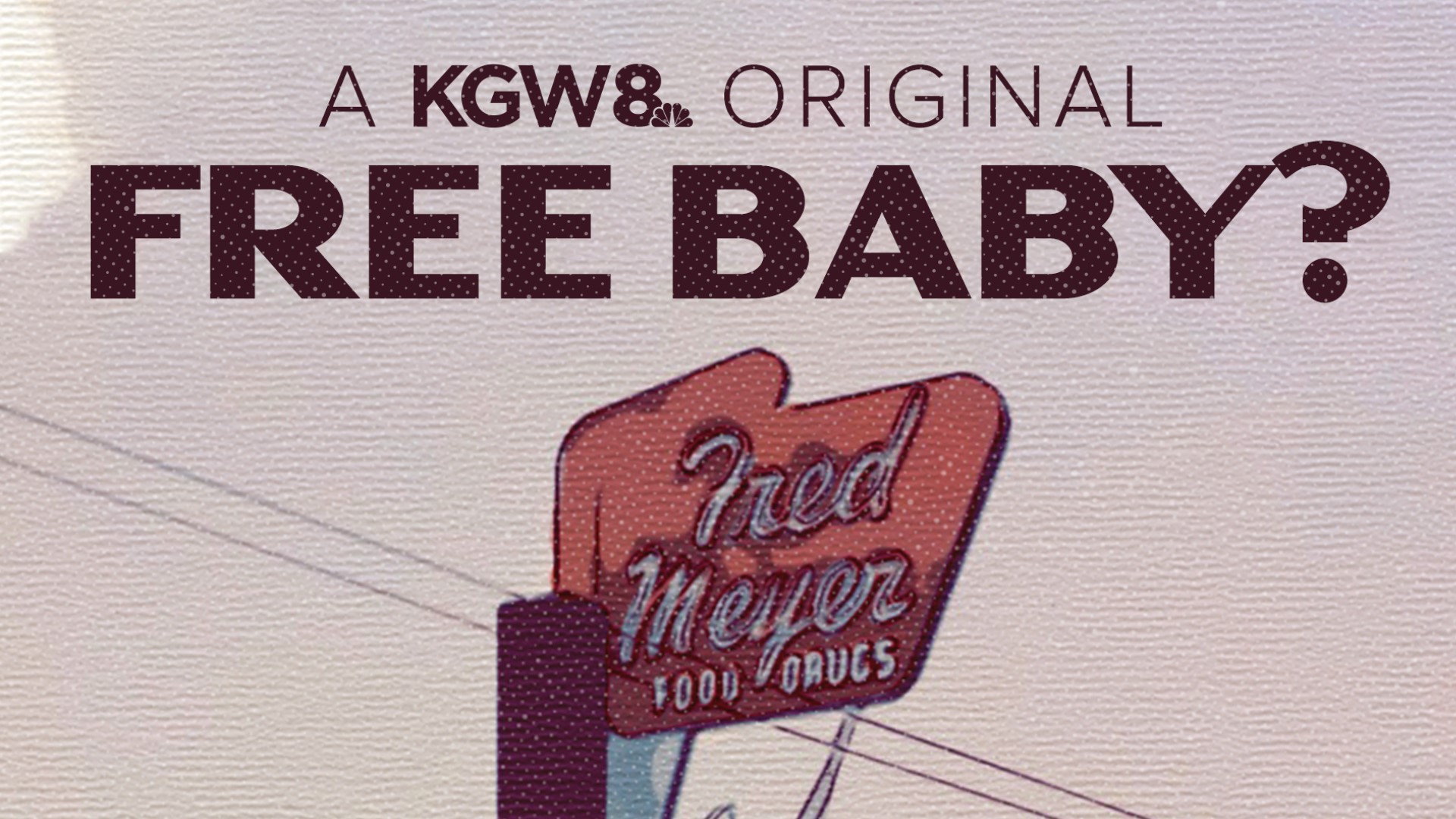 PORTLAND, Ore. — On December 1, 1949 Fred Meyer promoted the grand opening of a new shopping center in Portland’s Hollywood District with a contest to give away a baby. That’s right, a baby!

“FREE BABY,” read an advertisement in The Oregon Journal newspaper. “Drawing Thursday, December 1, for a healthy 2-months-old baby, to be won by some deserving man and wife.”

The promotion drew curiosity and outrage. Church groups protested. There was a flurry of nasty letters and telegrams.

Keep in mind, it was a different time. Fred Meyer’s public relations director Hal M. White was known for his crazy promotions. White brought in the world’s largest wheel of cheese for one store grand opening and gave away a free pony at another.

So, a contest for a free baby was not out of the question.

On the night of the grand opening, thousands of people gathered to see the great baby giveaway. Seventy years later Kyle Iboshi decided to investigate this forgotten piece of Portland nostalgia. Did Fred Meyer really give away a baby? Watch to find out.