Many of the celebrities that stay at The Nines have requested tours of the food lab and their private chefs that travel with them are fascinated at what the restaurant is doing. 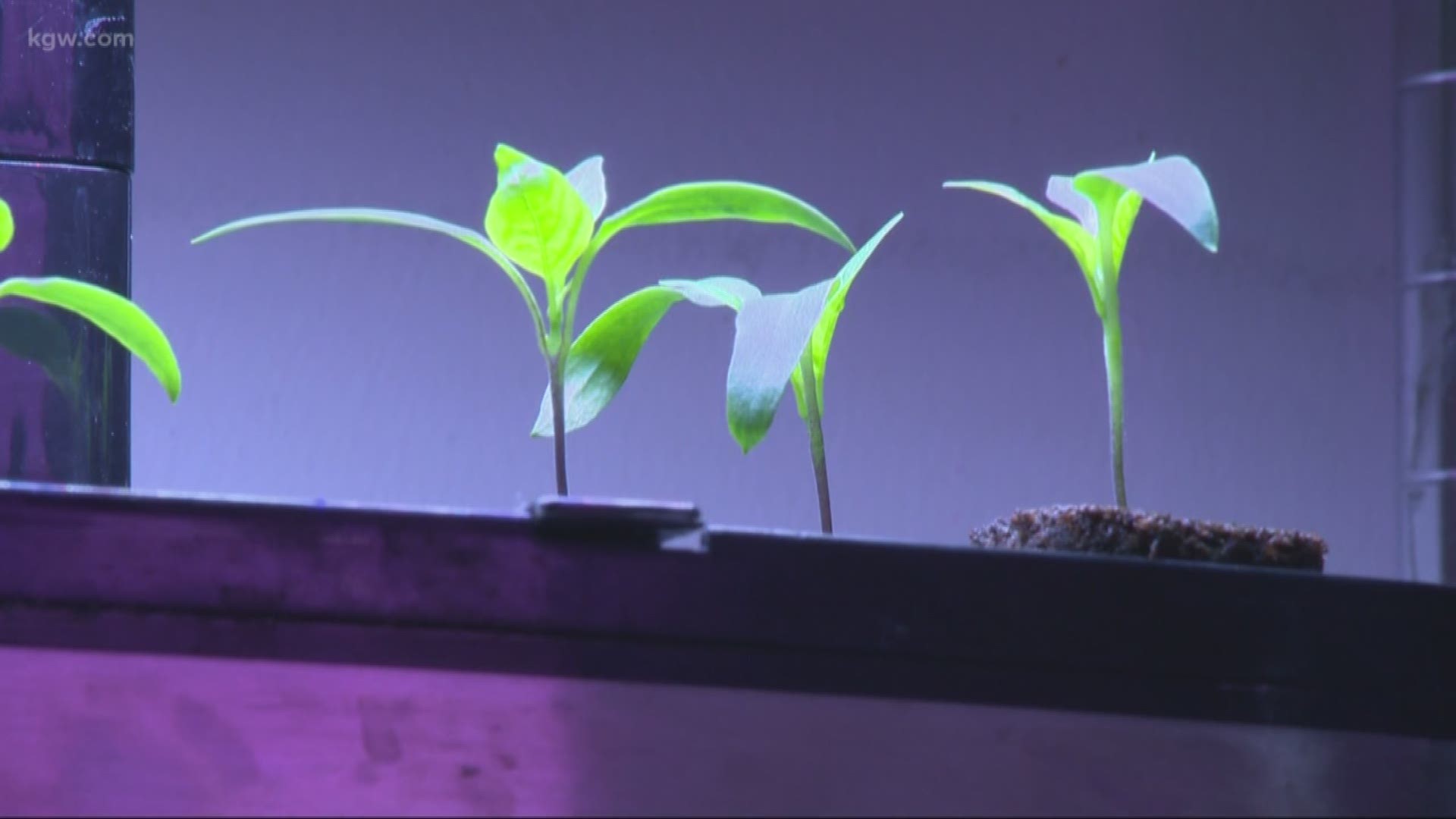 PORTLAND, Ore. — Some believe that the future of food combines technology and transparency, so diners know where their food comes from, and that it shouldn't come from far away. A Portland hotel is experimenting with how to do it.

Jeff Brown, the general manager of food and beverage at The Nines Hotel, is leading the charge at his facility.

And he's doing it far from the hotel lobby, and deep underground from the restaurants and kitchens of The Nines hotel.

"Let's go feed our fish," Brown says enthusiastically as he punches in the code to unlock the keypad to a food lab in the sub-basement of the hotel. "These are tilapia, they are about 8 months old," he says of a tank full of open-mouth fish eager for food.

They're part of the farm of the future. The goal for those who embrace food-based technology growing practices is to allow food to be produced even in outer space or catastrophic climate situations.

The fish poop provides nitrate which acts as a fertilizer and is filtered through into water for some small tomato plant and basil starts nearby. It's known as aquaponics.

And hydroponics grows plants without fish, just water, LED lights to mimic the sun and no soil. Lettuce and basil grown in the hydroponic tubs in the basement are being served on the menu at Urban Farmer restaurant, one of the hotel's two signature restaurants.

"This is what I'm most excited about," says Brown as he opens the double doors to a purple-hued lit cabinet, much taller than he is. A sophisticated setup that soon, hotel guests will get to see when it's moved up to a room near the lobby. This is the aeroponics garden.

1 / 14
The Nines, a luxury hotel in downtown Portland, is growing much of its own food in hydroponic facilities in the basement of the hotel. Photos by Nina Mehlhaf, KGW 2018

"So these are just misters and it's just misting the root." It's the same way Matt Damon survived on Mars in the movie "The Martian." Artificial light, mist, no soil. Brown and his chefs have beta-tested 102 types of vegetables, fruit and flowers in the past year, experimenting with which method works best.

"The chefs love that they can grow specific foods and grab it themselves and don't have to worry about foods being wilted or old and they can speak to it to customers, it's the transparency component," said Brown.

"If you think about it, it's simply, it's just seeds, light and water yet people are fascinated by it. We eliminate the carbon footprint this way. But the staff feel like they're part of something bigger. They can contribute to the guest's dining experience."

Another basement-level down, in the hotel's huge trash room, another hotel is humming along. Urban Farmer and Departure, the hotel's restaurants, compost salad scraps, coffee grounds and newspaper into a huge plastic bin for red wiggler worms. The worms eat the scraps and make a nitrate-rich soil that fertilizes the plants in the food lab. The tilapia also eat the worms.

Brown loves technology almost as much as he loves food. He has ideas for augmented reality at the restaurant dinner table as well that would get rid of the high cost and trees of printing menus every day.

"You would get your phone out and look at a marker, that's what they call it, on the table for instance. And the menu would pop up on their phone and you can move it around and learn more about things through other markers around the restaurant. What farm their steak comes from, or more about the process of how their vegetables were grown here in Oregon."

Many of the celebrities that stay at The Nines have requested tours of the food lab and their private chefs that travel with them are fascinated at what the restaurant is doing.