Oregon blue cheese wins best in the world & sells out. Here are 3 others that are crowd-pleasers

Rogue Creamery's blue is the first North American cheese to win the highest honor at the World Cheese Awards. 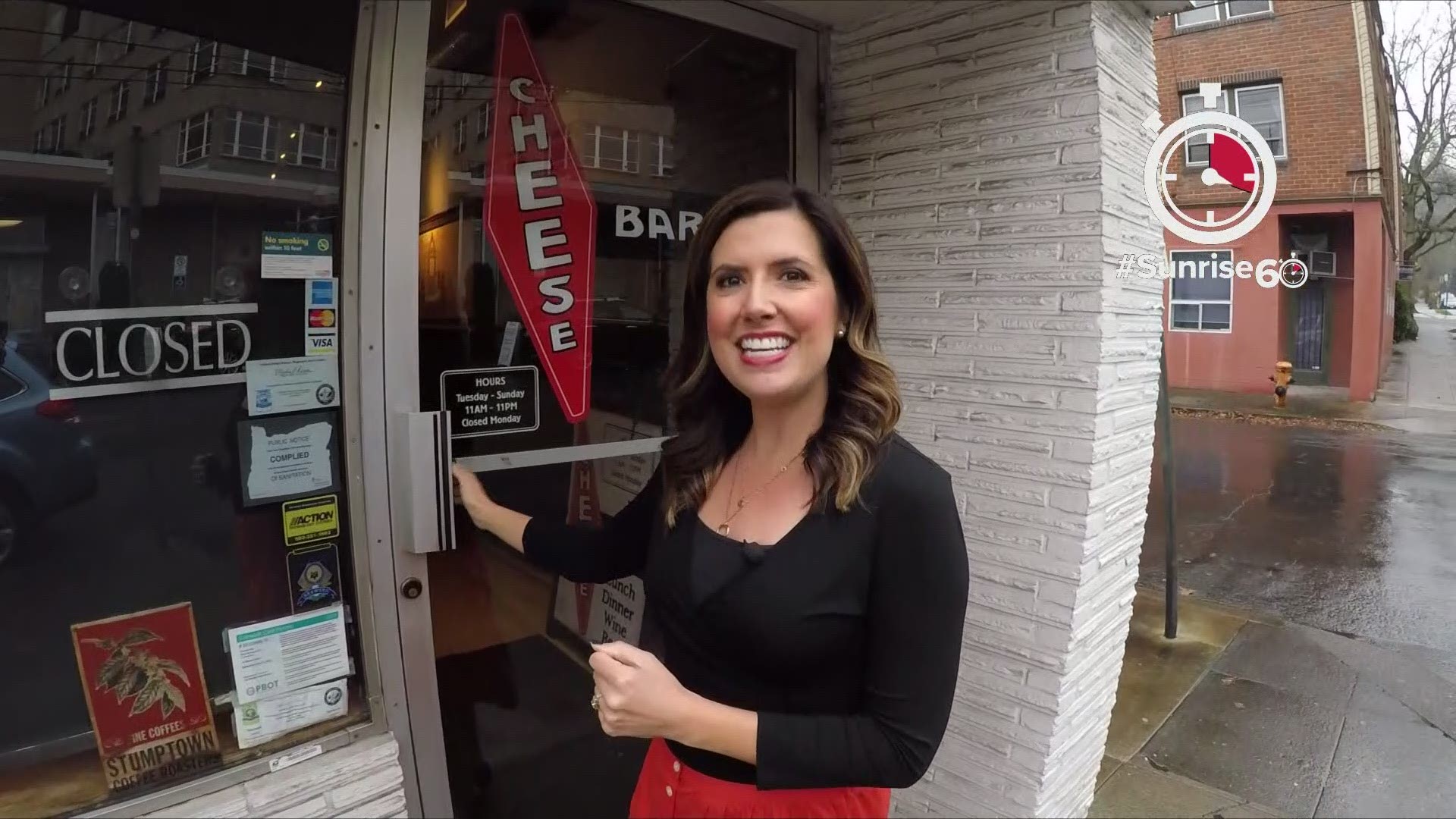 PORTLAND, Ore. — It's the best and now...it's gone. Rogue Creamery out of Central Point in Southern Oregon won the Best in Show award at the 2019 World Cheese Awards in Italy. It's the first time a North American cheesemaker has ever won the coveted award.

The last wedge that we know of, at least in Oregon, sold this past weekend at Cheese Bar on Southeast Belmont and 60th Avenue.

"It's a really particular cheese. It only comes out one time of year. It's aged in syrah grape leaves that have been soaked in pear brandy. And then they age it for a year. It's boozy, it's sweet, it's tangy, it's coming at you from every direction," said Cheese Bar owner and 22-year certified cheesemonger Steve Jones."We usually sell six wheels a year of the Rogue Blue, but we sold 20 wheels this year, in three weeks."

"Oregon is definitely an up-and-comer. We're really lucky in that we have green grass year-round. Wisconsin can't say that. California can't say that. So, the cows are able to eat green grass all the time, so we are set up to have a great dairy industry," Jones said.

He gave us three other cheese ideas that are great for holiday parties and get-togethers, because who doesn't like cheese?!

1) Brillat-Savarin -- A triple cream from France. $10.00 for a whole circle. It's very creamy, it's basically butter with a rind. Everyone loves it. Great with champagne, really fun for entertaining. It's very affordable, this could be your entire presentation of cheese with a baguette.

2) Colston Bassett Stilton -- Blue cow's milk cheese from England. It's pretty approachable as far as blue goes. It has a nice roasted peanut flavor with an edge and it's classically served with port so you may want to serve it at the end of a meal. About $5.00 for this size wedge pictured.

3) Rush Creek Reserve -- Wisconsin. It's a raw cow's milk cheese with spruce bark around the outside and it gives it a fruity, woody note. It's wash-dried so it has funkiness. If you cut the top rind off and let it get to room temperature in about an hour, stick a spoon in and let your guests spoon this cheese on crusty bread for a delicious treat. $35.00 for a wheel.

Jones recommends 3-5 cheeses as a good number for a crowd. Generally about two ounces per person. Visit https://cheese-bar.com/ for more information.