'PDX Rosie': A clear, bright message of unity outside Amalfi's

The Black-owned Italian restaurant has been a Portland staple for over 60 years. Owner Kiauna Floyd has put a loud message of unity on the side of the building. 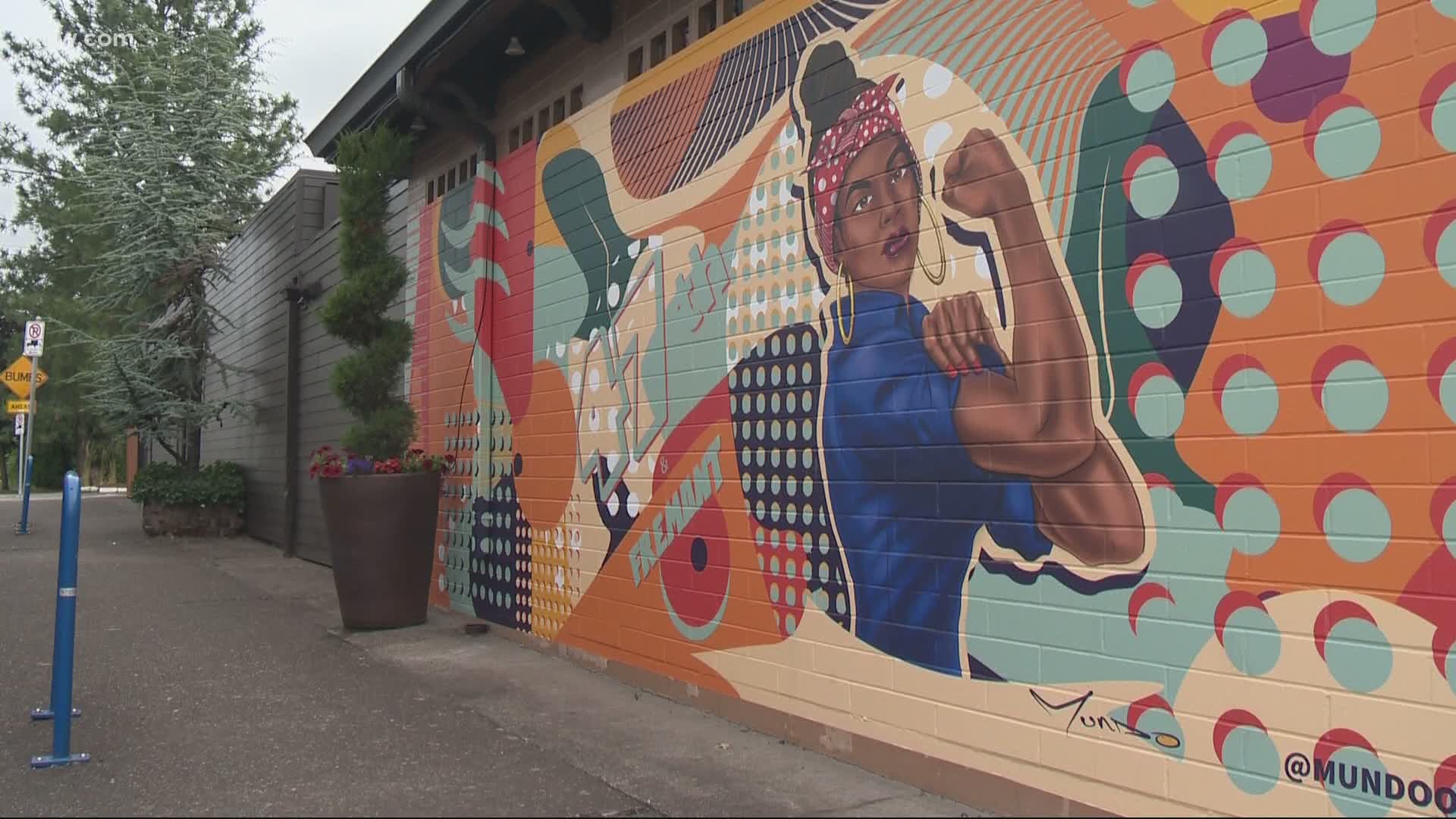 PORTLAND, Ore. — The message is loud and clear outside Amalfi’s Restaurant & Mercato in Northeast Portland. Just look at their tents.

"We have ‘One Love’ all over them, we’re all rocking our ‘One Love’ shirts, just trying to spread the love as much as possible to everybody, everybody," said third-generation owner Kiauna Floyd.

Several weeks ago, the restaurant’s parking lot was transformed into an outdoor seating area under large tents. Floyd has been committed to running the business safely, but it hasn’t been easy.

"I see strength, I see independence, I see worth, and I really see perseverance," she said.

She’s not describing herself, but she very well could be. Floyd is talking about another loud message on the west wall of Amalfi’s, right around the corner. A mural inspired by Rosie the Riveter, the cultural icon if World War II.

"Rosie the Riveter has always spoken to me," Floyd said. "She’s always been an inspiration of mine. Especially as a woman, a business owner, and especially a mom of a young daughter."

She calls this version "PDX Rosie," depicting a Black woman in the famous pose.

"Our version is really set in our community hoping to uplift and elevate our community to empower women, young children," she said.

It’s the work of local artist Edmund Holmes, known as Mundo. A portrait meant to alter the landscape.

"I think now more than ever it’s time to hold ourselves to a higher regard," Floyd said. "To really show compassion and empathy to our neighbors, to our friends, to people that we don’t know."

In this racial, social, and political climate, Floyd says "PDX Rosie" is meant to be a symbol of unity.

"And our intention is that she’s received with love and respect and just there to elevate and empower our community," she said.

As a Black woman, a business owner—a human—she says these past few months have triggered some difficult emotions. But she’s rolling up her sleeves, offering some food for thought, and declaring "one love."

"I just want to say thank you to all the long-term Amalfi’s supporters out there who have supported us for 61 years,” said Floyd. "Also Portland for coming out and supporting Black-owned businesses right now, it has been incredibly heartfelt during this time."

RELATED: Why some Portland-area restaurants chose to remain closed