The Oregon Food Bank stood to lose an estimated 2 million pounds of produce. 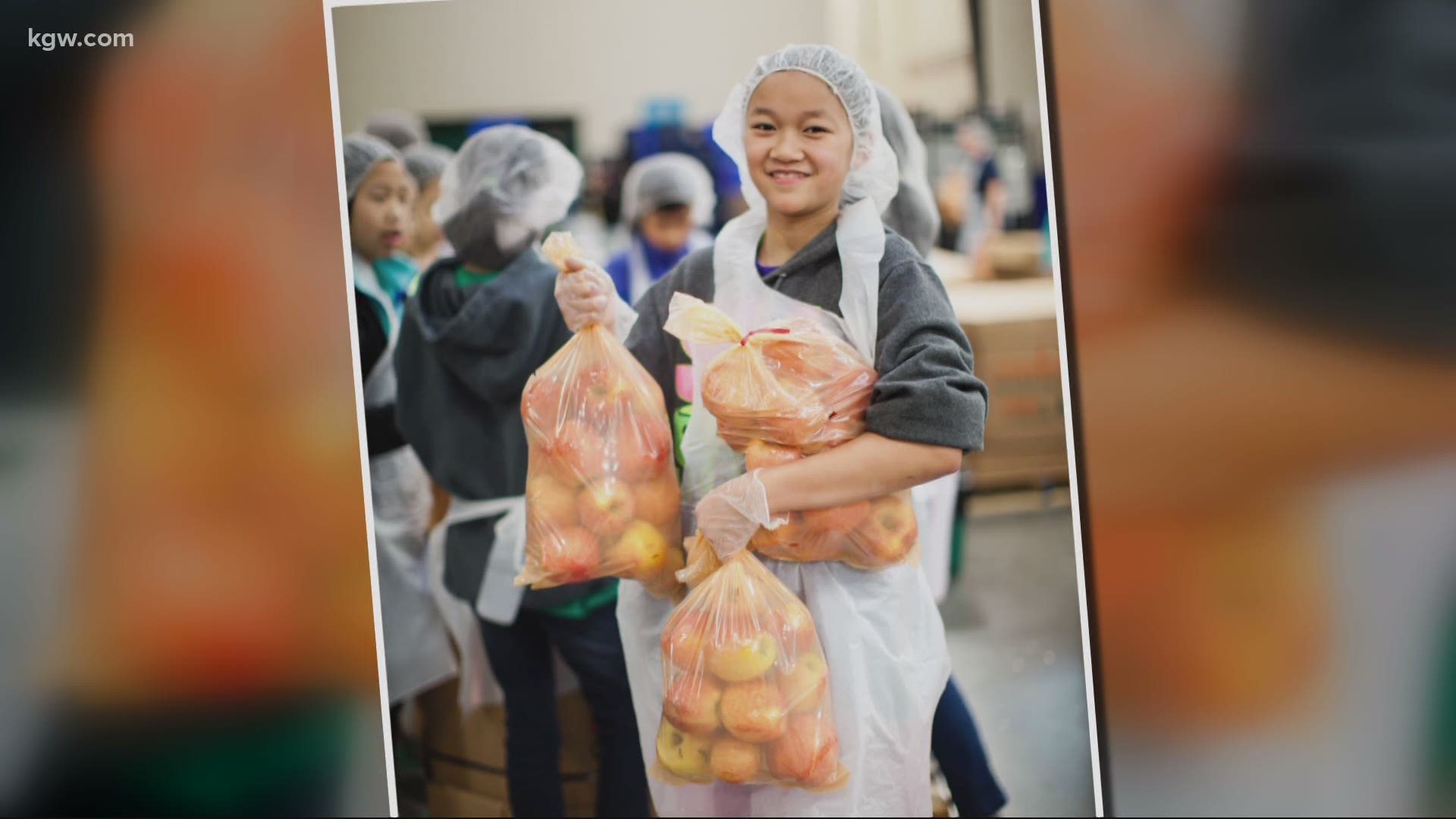 PORTLAND, Oregon — Like a series of falling dominoes, the COVID-19 pandemic has impacted so many parts of life including the food we eat. Or in this case, the food we don't eat.

At the Oregon Food Bank, the nonprofit typically accepts bulk donations of fruits and vegetables from growers. And by bulk, they mean 2,000-pound bags of potatoes and massive bins of produce like onions, apples, pears. Before COVID-19 crowd restrictions, thousands of Oregon Food Bank volunteers—50 at a time—would make quick work of those bulk deliveries. Volunteers would separate and repackage them into smaller, family-sized portions. Now, with just a dozen or fewer volunteers in the warehouse at a time, they can't keep up.

“We just can't move the volume that we used to move,” said Sharon McFadden, food resource developer at the Oregon Food Bank.

McFadden said asking the growers to do the work for them at no charge wasn't an option.

“To wash it, sort it, of course the packaging as well… it's expensive,” she said.

Under the circumstances, McFadden said the Oregon Food Bank stood to lose an estimated 2 million pounds of produce.

“That product very realistically could not have made it to market,” said McFadden. “It could have been lost.”

The possibility of creating so much potential food waste caught the attention of the Oregon Department of Environmental Quality (DEQ).

“We saw the same kind of news that everybody else was seeing about food from growers that was either being dumped or plowed under or sent to a landfill,” said Elaine Blatt, senior policy and program analyst at Oregon DEQ. “Beyond having the human reaction of knowing that so many people were in need, at DEQ, we also saw that food through an environmental lens.”

Blatt said many people don't realize the impact wasted food has on the environment. Although food is biodegradable, when it ends up in landfills, it breaks down and creates greenhouse gases. That includes carbon dioxide and even more concerning, methane. Scientists have found that methane traps about 28 times more heat than carbon dioxide, contributing to global warming.

“So, we asked ourselves if there was a way that we could actually move this food to people who really need it, and then also reduce the environmental impacts of the wasted food,” said Blatt.

The answer came in the form of a $140,000 grant from the Oregon DEQ to the Oregon Food Bank. The money will pay growers to re-pack produce from Oregon, California and Washington into smaller portions, then transport it to where the need is.

The grant is the latest in a series of DEQ initiatives that have resulted in more than $235,000 in transportation and food distribution funding for the Oregon Food Bank.

“Frankly it feels great,” said Blatt. “We were really happy to be able to do this.”

This particular grant aligns with an executive order issued by Oregon Gov. Kate Brown in March. It aimed to combat climate change and directed the Oregon DEQ to implement actions to cut food waste in half by 2030. Part of that effort includes helping families be more efficient with their food use.

“It’s a tall order,” said Blatt. “This grant fits squarely in that mandate.” 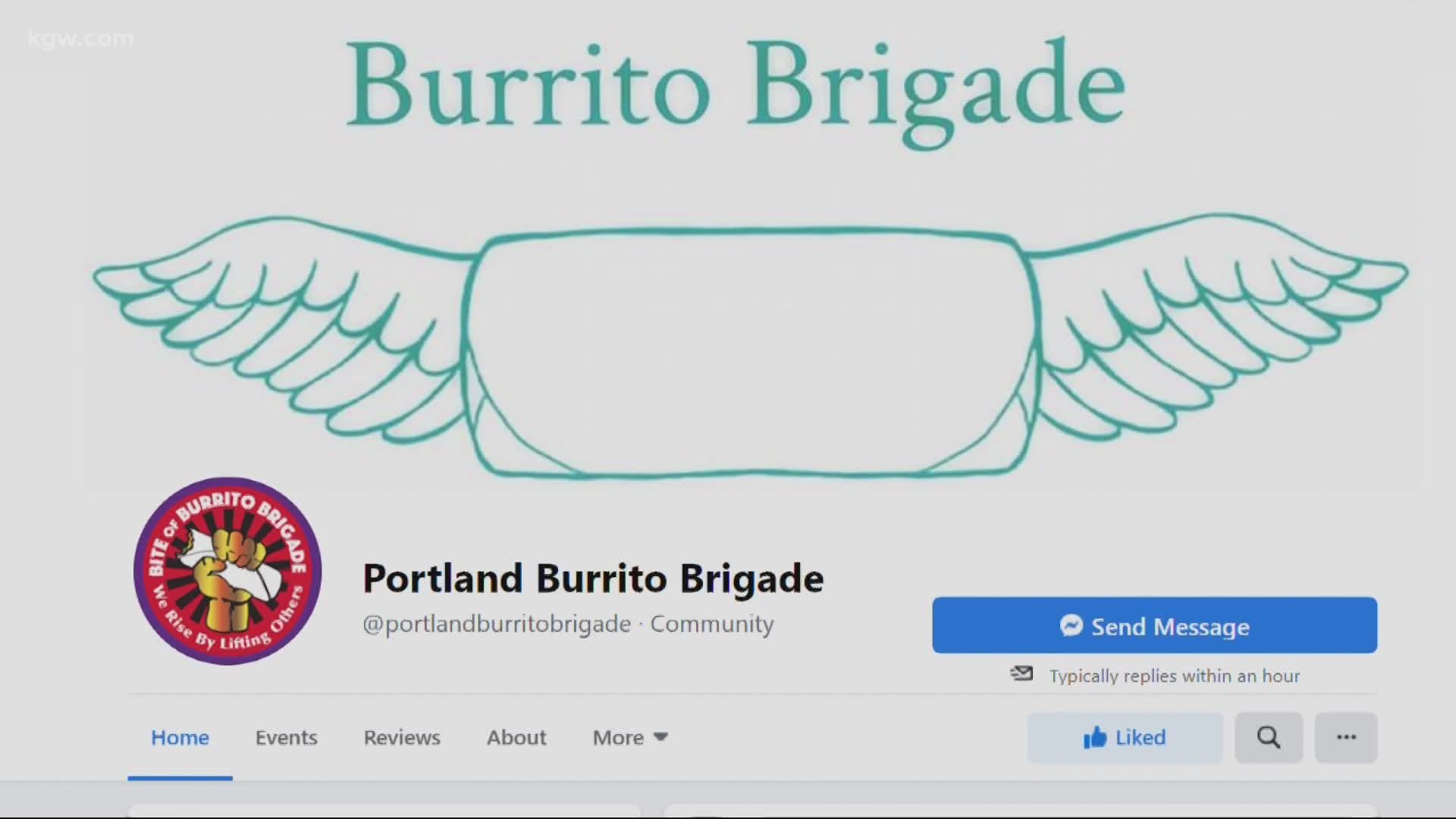