The Camas man's wife won the glasses in a contest by telling a story about her husband's experience with color blindness. 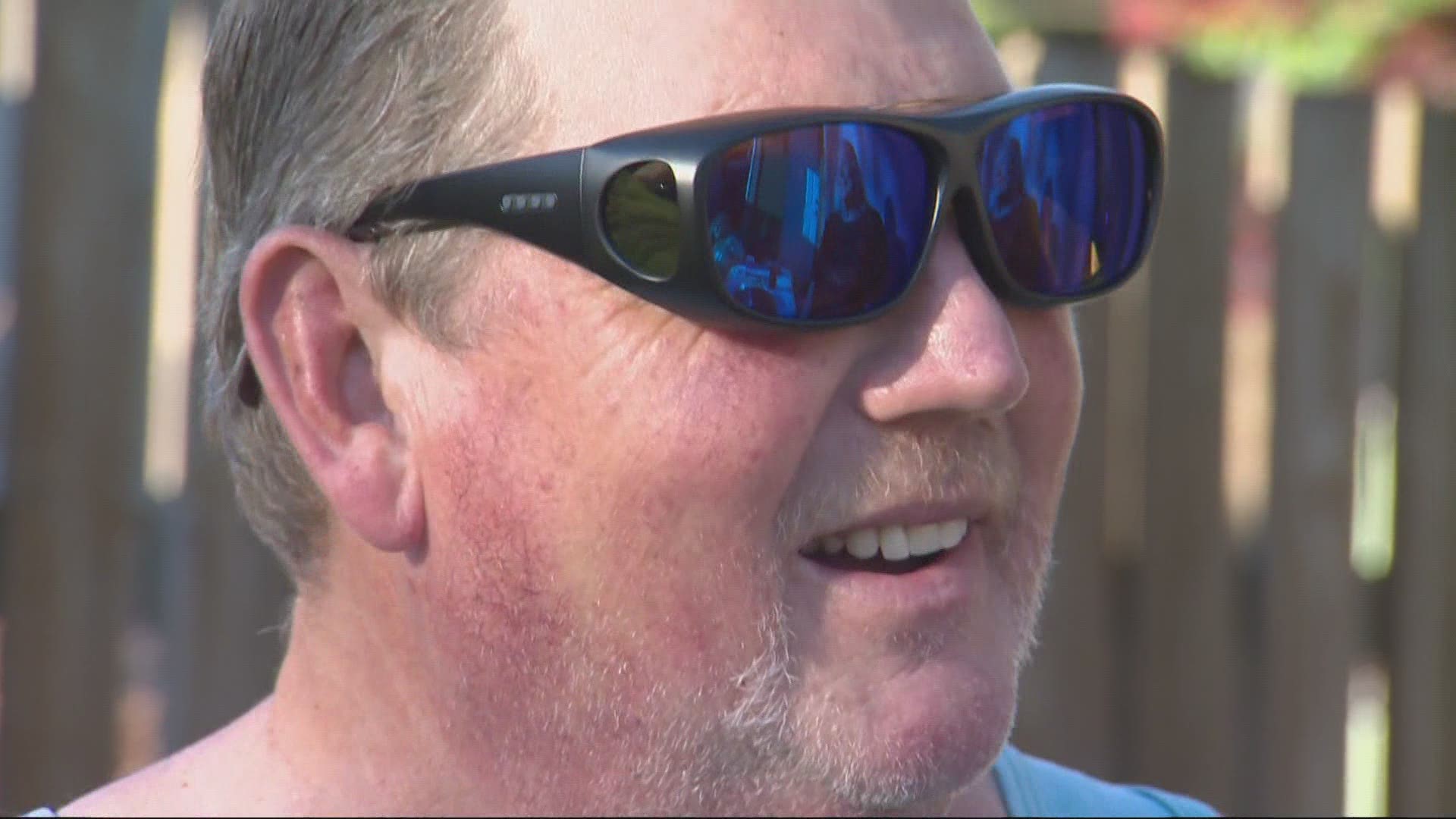 CAMAS, Wash. — A Camas man got a special surprise from his family Friday. After years of not being able to see certain colors, they helped him overcome that obstacle.

Ken Bong was born color blind. He has difficulty seeing the color red, which to him looks brown. Purple and blue look the same, pink looks gray and peanut butter looks green. When Bong joined the Army, he was going to fly helicopters but his vision prevented him from doing that.

“When I went to take my physical, they called me back and said, ‘No, you can't do it, you’re color blind,’” Ken recalled. “You know, you want to overcome any obstacles you run into.”

Ken's wife of 43 years, Christina, has always wanted to help her husband do just that. She learned about EnChroma, a company that makes glasses designed to help correct color blindness. Recently, EnChroma held a contest asking people for stories about their experiences with color blindness. The prize was a free pair of glasses.

Christina submitted a story from when she and Ken were in high school. As a 17-year-old, Christina didn’t believe Ken was color blind, and always asked him what certain colors looked like to him. The company liked the story and awarded Christina the glasses for Ken.

The family surprised Ken with the EnChroma glasses as an early Father’s Day present. When he put on the glasses, they were hoping for an emotional reaction like many people have experienced. Instead, Ken's enthusiasm was measured, but sincere — just the way he is.

“Oh yeah, that's cool,” said Ken, looking around the garden. “The roses are awesome… but I'm not going to cry or anything!”

The most emotional response came from Christina, seeing her husband experiencing something she’d hoped for him since they had met.

“You know, [the glasses] were expensive and it was just going to be something I couldn't do for him,” said Christina through tears. "And every day he gives to me.”

Ken and Christina's daughter, Julie Schilling, said she can’t wait to go on drives and walks with her dad to watch him experience new colors for the first time.

“I'm super excited to hear about him going fishing and hunting with these; it's harder to pick up animals and trails without that distinction,” said Julie. “I just wish everyone that's color blind could get a pair of these.”