A retired restaurant owner wanted to thank those on the front lines of the COVID-19 crisis and figured feeding them was the best way to do it. 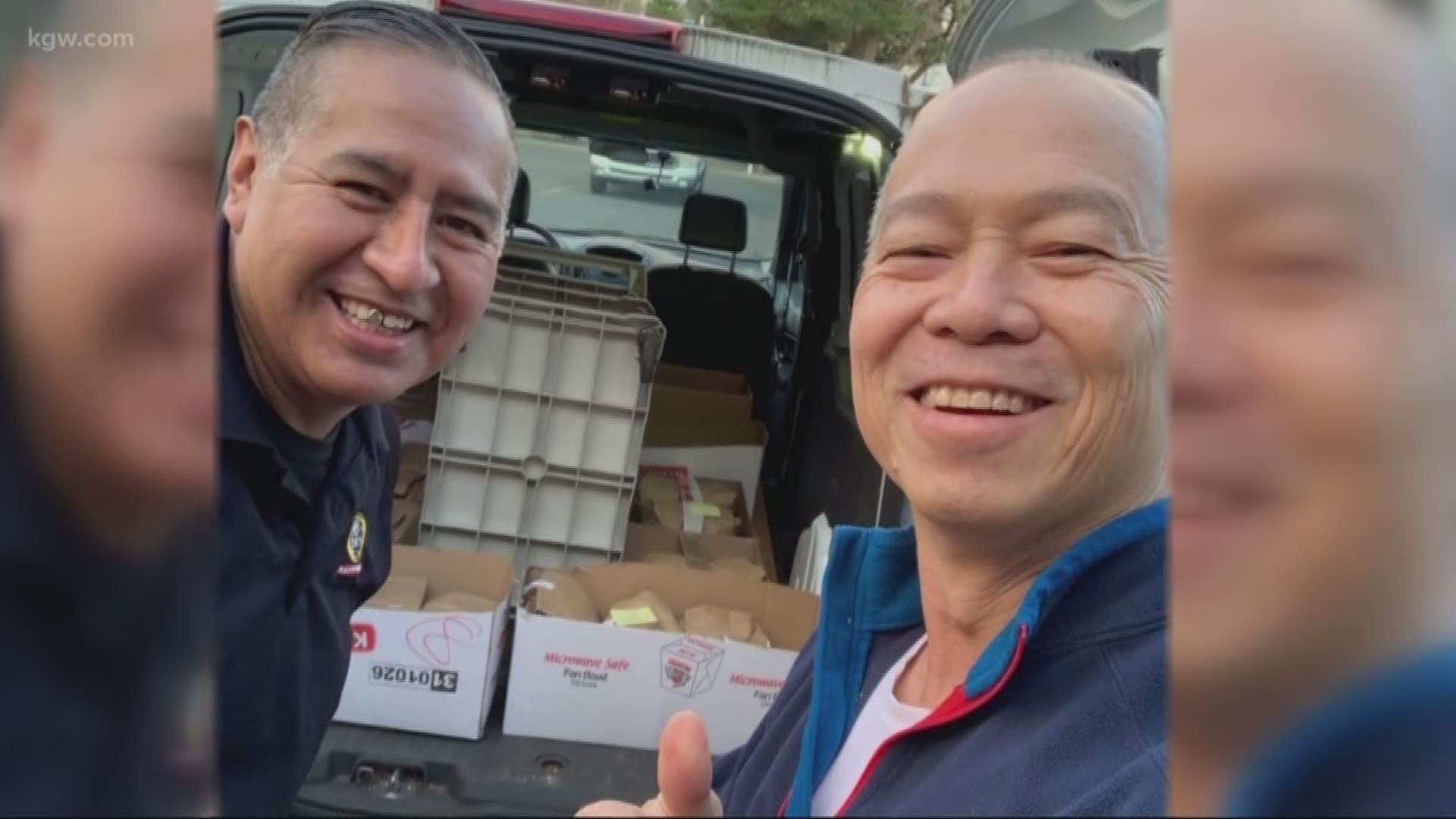 HILLSBORO, Ore. — A Hillsboro man and his brother are thanking those working in hospital emergency rooms during the COVID-19 crisis, by teaming up with local restaurants to feed them.

“Thank you so much for what they're doing on the front lines and for all their dedication,” said Chris Liu, a retired restaurant owner.

Three of Liu's relatives including his son and daughter work in the medical field. So while words of thanks are good, Liu and his brother Andy Liu wanted to do more. That’s why they decided to help feed emergency room crews every day for two weeks.

That’s 800 meals just for ER staff at Providence St. Vincent Medical Center. The Liu brothers are also coordinating the deliveries of another 30 meals a day to ER staff at Keizer Permanente Westside Medical Center. Plans to feed a third emergency room were also in the works.

The meals will come from three restaurants which have generously agreed to split the cost with the Liu brothers: Pho Tango Bistro and Gogo Pho in Hillsboro and Happy Panda Restaurant in Beaverton. Liu opened Happy Panda in 1990 and later sold it, part of his decades-long career in the restaurant industry. He and his brother are retired now, but still enjoy helping others.

“I just wanted to pay back to this country because they give me so much opportunity when I come here,” said Liu, a native of Vietnam.

According to Liu’s friend Richard Van Horn, Liu isn’t doing it for the credit. In fact, Van Horn tipped KGW off to Liu’s good deeds with the hope of inspiring others to help in their own way.

“Perhaps other restaurants can do the same thing and give even more help so this story could become a multiplier,” said Van Horn.

In an e-mail to meal delivery organizers, staff at St. Vincent said the meal donations were "beyond what we all could have expected." A Keizer nurse manager wrote, "It's kindness like this that keeps their spirits up and keeps them going… we are sending virtual hugs and big thank-you's!"

Liu's daughter Connie Liu said she’s proud of her dad and anyone else doing what they can to help those on the front lines.

Whether it be providing meals or donating [personal protective equipment],” she said, “all of the little things really count at this time.”

RELATED: #PDXThanksYou: Make some noise every night for front-line heroes!