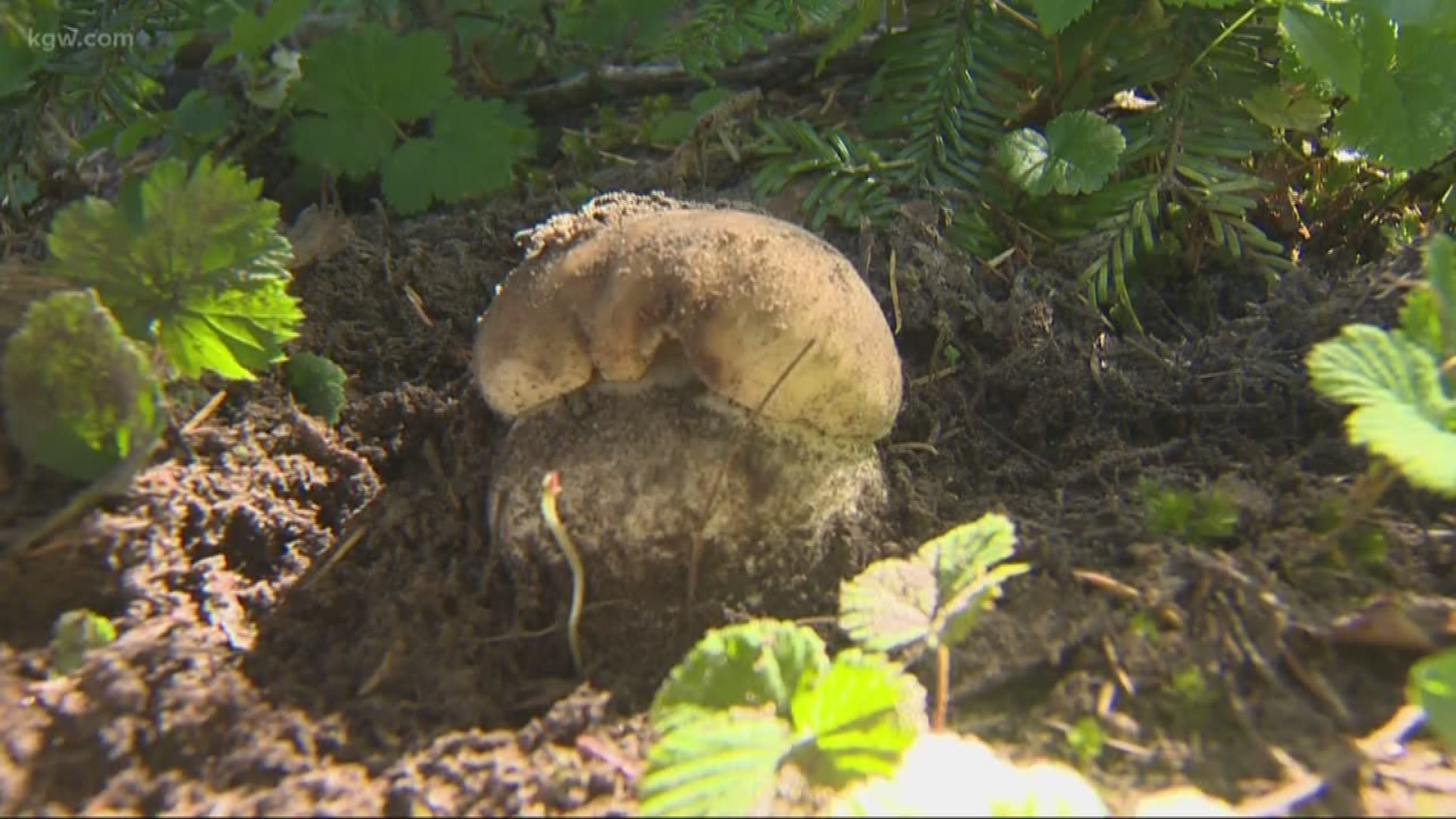 MT HOOD, Ore. — From Chanterelle to Porcini, the fall mushroom season arrived earlier in Oregon. Why? Mushroom foragers say a mild summer is likely the culprit.

If you are looking for a picturesque place to find the perfect Porcini pick, also known as King Boletes, the Cascade Mountains are the place to be.

Jason Roberts is the summer supervisor at Mt. Hood Meadows and has been foraging mushrooms in the area for 15 years.

"There’s so many mushrooms that grow, and there’s such a vast area up here, that there’s no way that one person can have access to all of it," Roberts said.

Mt. Hood Meadows hosted Mushroom Festival on Sunday, a week earlier than its original date. The event was scheduled for Labor Day Weekend, but organizers had to move it to keep up with the early harvest season.

He credits that to a mild and moist summer. However, over the past 15 years he has noticed a change. Roberts said an earlier season has started to become a trend.

Mushroom foraging is a popular hobby for outdoor enthusiasts and foodies alike. Sunday’s Mushroom Festival brought hikers on a guided tour of some of Robert's favorite places to gather fungi.

"The pratfall of tending a mushroom spot is, somebody finds your spot and scores," he said.

Finding a choice mushroom in the wild can make a meal more rewarding, but if you are a novice in foraging bring an expert. The consequences can be deadly, taking the fun out of fungus.

"It's very important to know what you're going for and if you don't know, don’t eat it. And don't pick it," Roberts said.

If a hike up the mountain isn’t your thing, you can still take advantage of the end of summer season. An earlier flux of mushrooms at the market means prices could see a dip sooner as well.

"The earlier you bring a Bolete or Chanterelle to market, the higher the price is," Roberts said. "As the market floods the price drops dramatically."

If you do decide to forage on your own, remember there is a lot to know about mushrooms. So, do your research and if you are uncertain, check with an expert.

Another word of advice from Roberts: Share the wealth.

"Just think about who's coming after you and if you like what you saw, try to leave it for the person that’s behind you. If you want to harvest some of them, take some of them, but don't ever take them all," he said.

Other tips for mushroom season: Roberts said early season mushrooms are often found at higher elevations. For later, think lower. Foragers may be more apt to find mushrooms farther down the mountain later in the season.

Check out these sites for more information on Oregon mushrooms, foraging, and what is and is not safe to eat: