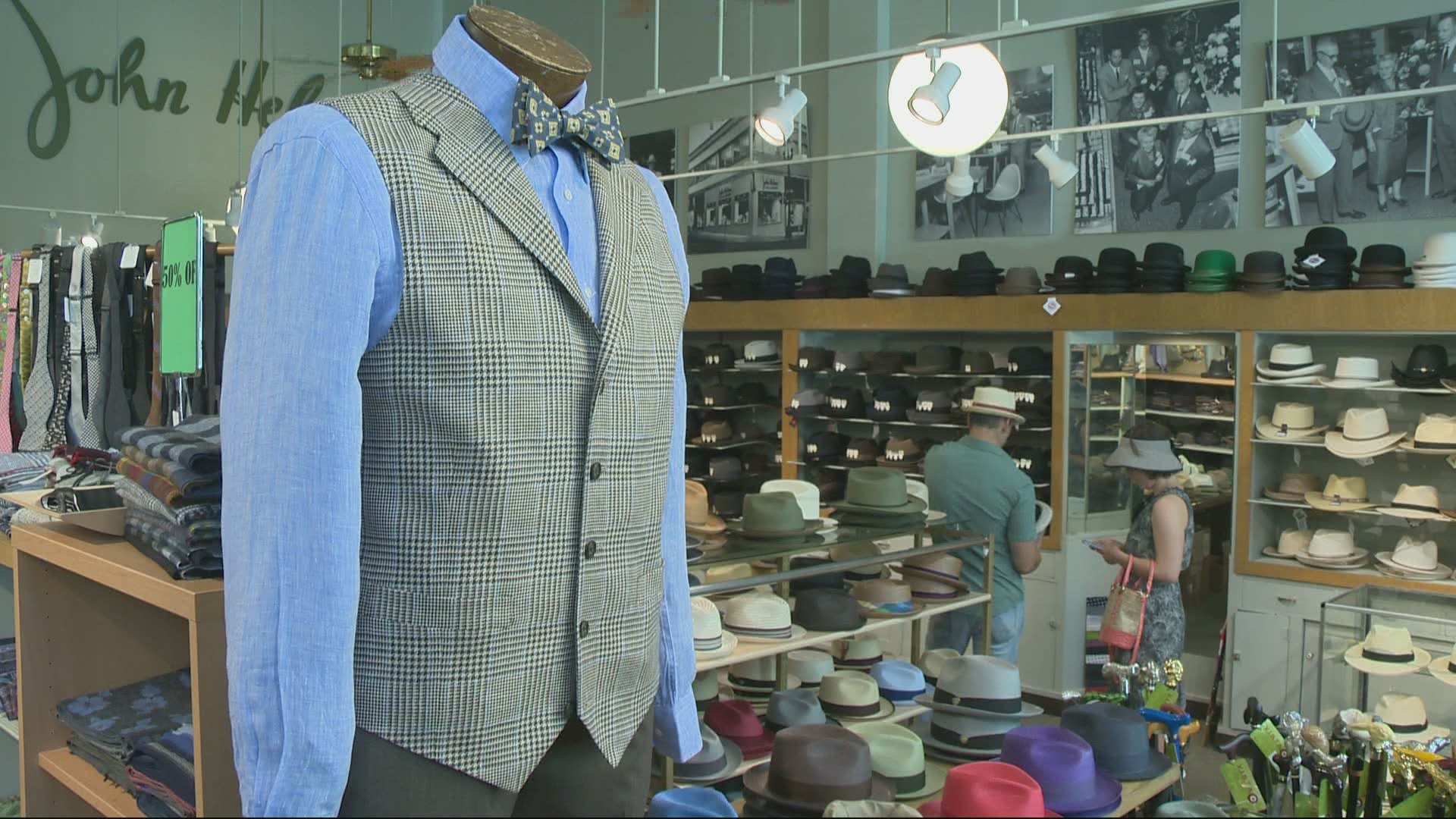 “I'm just celebrating still being here after a hundred years!” said store owner, John Helmer III. “Kind of joking, I think I'm the only one in downtown Portland wearing a suit and a tie!”

Helmer, 65, bought the business from his father, John Helmer II in 1982; he purchased it from his father, the first John Helmer, in 1956. Helmer opened the store in 1921 on Southwest Washington Street, a place known then as “Menswear Row.” Wanting to set his store apart, Helmer in 1927 moved the store five blocks up to Southwest Broadway and Salmon Street, where it remains today.

Still, Helmer admits, this past year hasn’t been easy. To stay afloat, there were layoffs, reduced hours and government assistance. And while days working in the office are still limited for many people, Helmer is sure the art of looking good is still alive.

“We could start a new trend,” said Helmer. “Sell just suit coats only and pajama pants! We could put those together."

Helmer credits a faithful customer base for helping keep his family’s business thriving for the last century. That includes Jeff Dayne, who’s been shopping at John Helmer for more than 30 years. On Monday, Dayne dropped in to buy his future son-in-law a hat.

“This is a really great place,” said Dayne. “I have to say, I've bought a hat or two elsewhere and they've never been as good!”

And so, the tradition continues.

“As we go farther and farther online and with the big box stores,” said Helmer, “There's still the need for a small store.”