‘Constructing Hope’ helps those just getting out of prison

The organization offers training and placement in the construction industry for incarcerated people. They too have been financially affected by COVID-19. 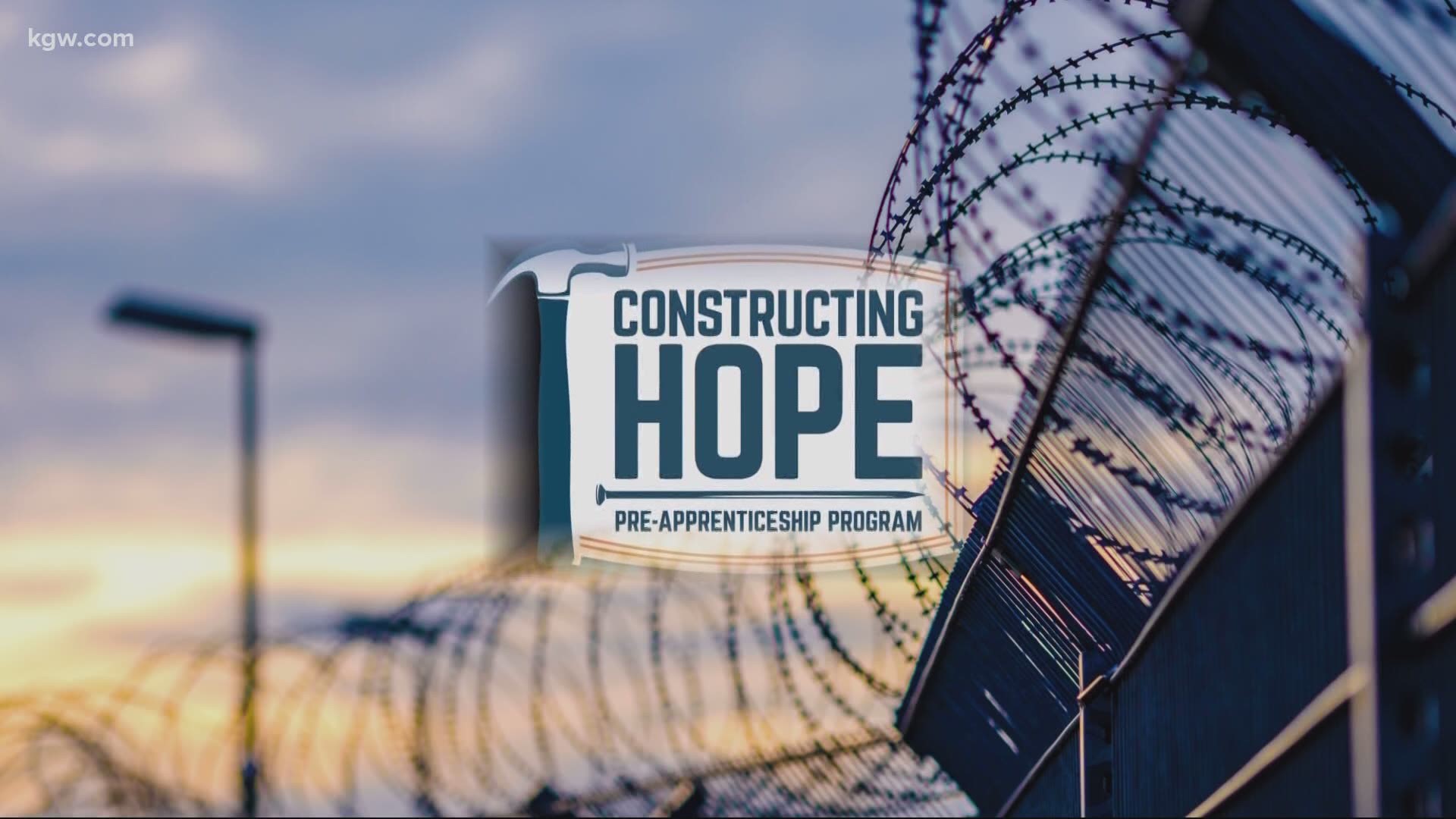 PORTLAND, Oregon — 'Constructing Hope' rebuilds the lives of people who get out of prison with jobs in construction. Dave Dahl, the ex-con who started Dave's Killer Bread, recently gave them a huge donation.

One man says  'Constructing Hope' has completely changed his life. Byron Walker was incarcerated when he was 16 for five years. After serving time, he worked a few warehouse jobs.

"I wasn’t able to really support anybody, either of my kids with one of those warehouse jobs, and ran into some more trouble," Byron said. He ended up back in prison, where he saw a flyer  for Constructing Hope and decided to reach out.

"[I] sent a letter from prison, and got a response in prison with more information." Byron wasn't expecting a response and that alone gave him hope. Byron was released in December 2019 and went straight to 'Constructing Hope.'

The organization offers free training programs for construction jobs. They also help graduates find work. "We found out that most people have a felony background and could not find work," Patricia Daniels, Executive Director said. "So the program was put together because construction was one industry that did not look at your background as being something bad they were looking for good workers."

Byron started his training in January. The 10-week program had offered a mix of hands-on training, plus classes focused on math, finances and decision making until COVID-19 hit.

“It has affected us tremendously. It’s basically shut down our program," Daniels said. "Without classes, we can’t fulfill our contracts and without contracts, with the classes, we also can’t get grant funding.”

The organization recently launched a fundraiser called 'Leveling The Playing Field'. Dave Dahl, who was incarcerated then started Dave's Killer Bread donated $100,000 and a matching gift. Because of Dave and other partners, donations will be tripled.

Constructing Hope had a 90 percent placement rate last year. Byron graduated in March and started his job about a month ago. "They were offering me an opportunity to actually take some steps that would last for a lifetime. There’s no telling where I’d be right now if it wasn’t for constructing hope," Byron said.

RELATED: ‘It helps you be hopeful for your future’: Coffee cart at Oregon women's prison teaches job skills