The Human Access Project, the group that organized the event, said Saturday's effort was their best-attended cleanup ever. 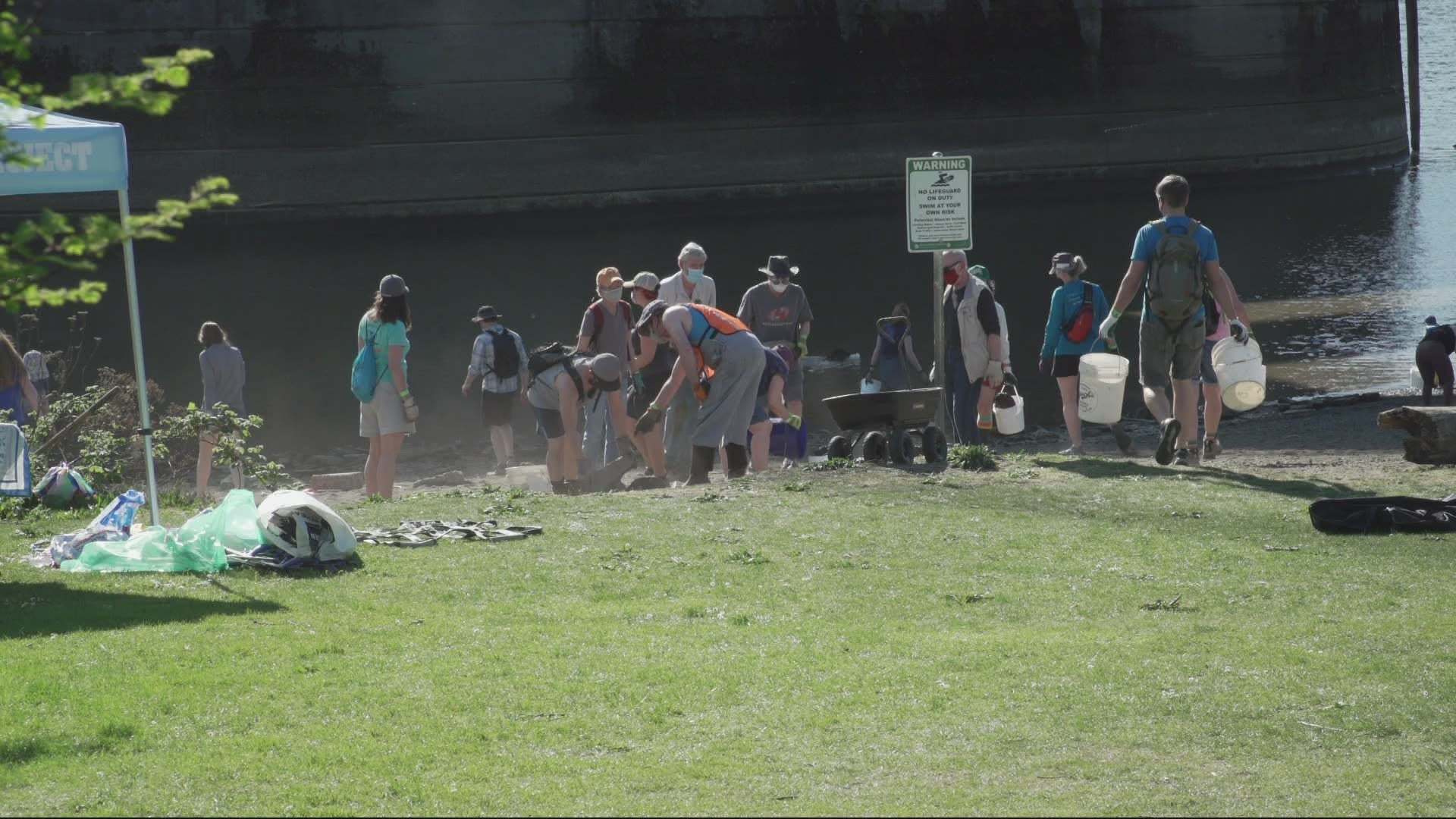 Dozens of volunteers working with the Human Access Project took to the Cathedral Park beach Saturday.

The beach is littered with concrete, rubble and other debris.

Volunteers spent three hours at the beach cleaning up garbage. They went at low tide so they could clean up as much as possible.

“I just came down here a few weeks ago and was basically disgusted with how shameful this river's edge looks,” one said. “This is an opportunity to empower North Portland and rather than complain about something that needs to be fixed we're just going to dig in and fix it.”

Willie Levenson calls himself the ringleader of the human access project and says they have what they need to get the job done.

“Many hands make light work,” he said. “Out of all of the clean ups that human access has done we've never had this kind of turnout.”

Crew members estimated they could remove a few tons of trash from the beach.